A former minister in the Congress government, Ajanta Neog jumped ship before the Assembly elections 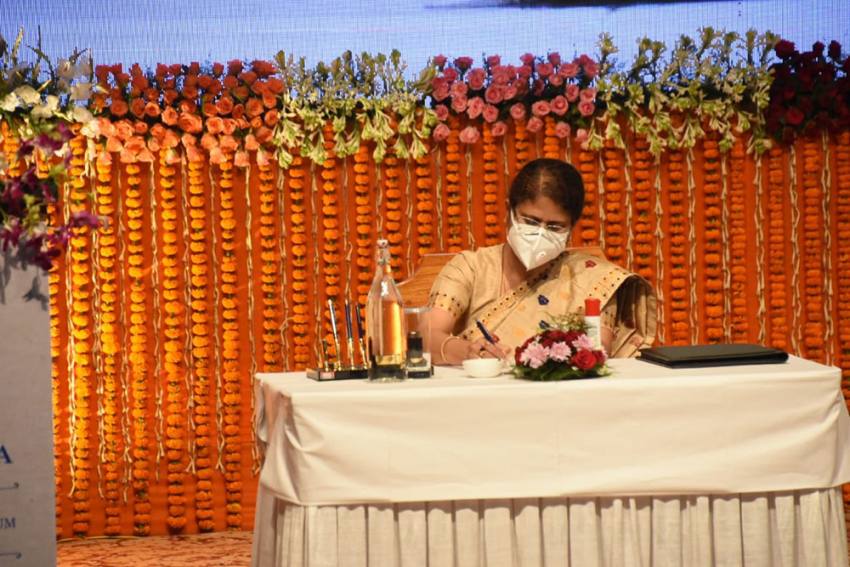 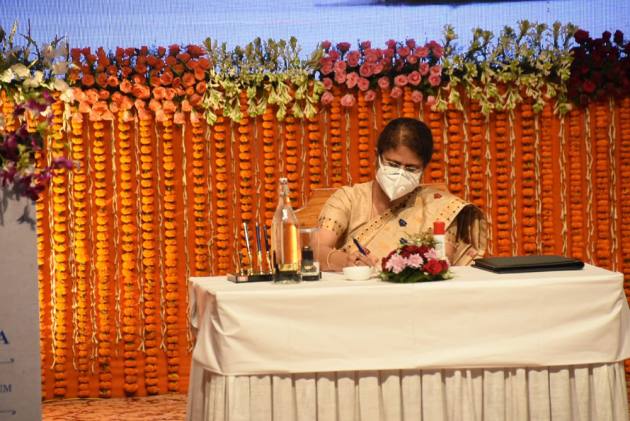 Ajanta Neog made history after she was sworn in as Assam’s first woman finance minister after Chief Minister Himanta Biswa Sarma on Tuesday distributed portfolios to 13 members of his cabinet.

The finance ministry, which Sarma held in the Sarbananda Sonowal government, has been allotted to a woman minister for the first time in the state.

Ajanta Neog, who has also been given charge of the social welfare department, is also the lone woman member in the Sarma cabinet. She was a minister in the Congress government and had  switched to the saffron party before the state poll.

The council of ministers comprises 11 ministers from the BJP, including the chief minister, two from alliance partner AGP and one from the UPPL.

There are five new faces in the Sarma cabinet who were not in the one headed by Sarbananda Sonowal.

Sarma has kept the home, personnel, PWD and departments not allotted to any other minister, according to the list issued by the government.

Chandra Mohan Patowary, a minister in the previous government, has been allocated the transport, industries and commerce, skill development and welfare of minorities.

Parimal Suklabaidya was given the charge of environment and forests, fisheries and excise, the same department that he had held in the previous ministry.

Keshab Mahanta, the other minister from AGP, has been given the responsibility of health and family welfare, science and technology and information technology.

Alliance partner UPPL's UG Brahma has been allocated the handloom and textile, soil conservation, welfare of plains tribe and backward classes departments, according to the list.

BJP's Jogen Mohan, who was a minister of state in the previous government, has been allocated the revenue, disaster management, hill areas development and mines and minerals departments.

Sanjay Kishan, another member of the last cabinet, has been allotted the departments of welfare of tea tribes, labour and employment.

Pijush Hazarika, who too was in the Srabananda Sonowal ministry, has been allotted water resources, information and public relations and parliamentary affairs.

New entrant in the cabinet, Ranoj Pegu, has been allocated education and welfare of plains tribe and backward classes (non-BTC).

Ashok Singhal, who like Pegu is another new face in the ministry, has been allotted Guwahati development, urban development and irrigation.

The fourth new minister Bimal Bora has been given sports and youth welfare, cultural affairs, power and tourism, as per the list.