Speaking to the media, Chief Minister Arvind Kejriwal said along with these steps, the government is well prepared in dealing with up to 30,000 active cases in the city. 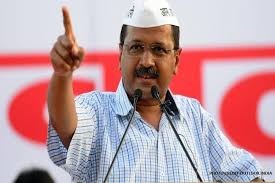 To fight the increasing cases of novel coronavirus in the city, the Delhi government has chalked out a 'five T plan' -- testing, tracing, treatment, team work, and tracking and monitoring.

Speaking to the media, Chief Minister Arvind Kejriwal said along with these steps, the government is well prepared in dealing with up to 30,000 active cases in the city.

Explaining each T, he said corona test will be the first step, under which the government will go for mass random tests.

"If there is no testing, how will we know who is infected and who is not? We will do mass tests for coronavius like South Korea did."

"We will get one lakh test kits from Friday and will carry out random tests for spot suspected and confirmed cases, partially at the hotspots," he said.

The next step will be tracing, Kejriwal said, after a person tested positive.

"We will trace his/her movement. Their contacts will be asked for quarantine. Many people in Delhi were asked for self-quarantine. Mobile numbers of 27,702 people were shared with the police to ensure they were following the directions of the government. We will also ask police to trace the phones of 2,000 Tablighi Markaz attendees," Kejriwal said.

He said Delhi has so far reported 525 positive cases.

"We have about 3,000 beds for only COVID-19 patients, including LNJP with 1,500 beds, G.B Pant with 500 beds, Rajiv Gandhi Hospital with 450 beds apart from several private hospitals," Kejriwal
said.

"If the patient count increased, we will keep GTB Hospital for COVID-19 cases as well... even if Delhi has 30,000 active cases, we are well prepared."

Explain the steps in case of such a scenario, he said the Delhi government will make arrangements in hospitals, hotels, and even banquet halls to quarantine/isolate the patients.

"We will have 8,000 beds in hospitals, 12,000 hotel rooms and 10,000 rooms at banquet halls and guesthouses.... The most serious -- those already suffering from other disease and above the age of
50 --- will be kept in hospitals while others will be accomodated elsewhere," the Chief Minister said, adding the rooms outside the hospitals will also have all medical facilities.

Kejriwal said not just rooms but the government will need more ventilators, oxygen and other equipment. "We have made the calculations and are ready."

Kejriwal said the PPE kits were a major issue but the Centre has helped in this regard. Also, the Delhi government has asked for the kits from some companies. "We will get the kits directly from companies from the next week."

The fourth T, he said, is teamwork.

"No one can fight COVID-19 alone. All governments are working as a team. The people and government should also work as a team. Doctor and nurses are the most important part of the team."

Kejriwal said the opposition and ruling party are working together.

"I will talk to all the MPs in Delhi on Wednesday," Kejriwal said. In Delhi, all the seven Lok Sabha seats are represented by the BJP.

On the fifth T, tracking and monitoring, Kejriwal said he will personally track everything and ensure things fall in line.

"I am personally monitoring the situation and the preparations. I am sure if we are well prepared, we will be able to win this fight against coronavirus."

Coronavirus Lockdown Effect: Major Air Pollutants Down By At Least 50% In Delhi