My Fiction Explores The Repressive Nature Of Our Education System: Saikat Majumdar

Dr Saikat Majumdar discusses his novel-writing process, the crisis in the liberal arts field and shares his thoughts on creative writing. 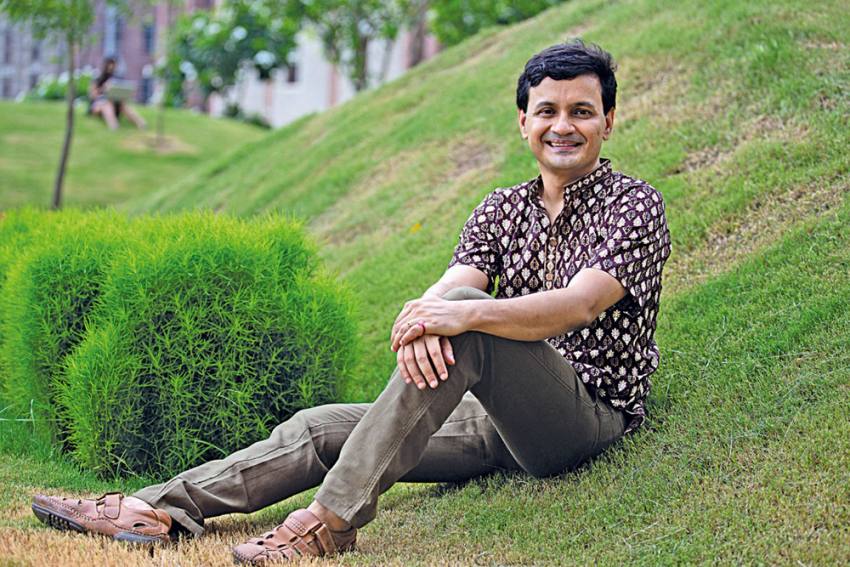 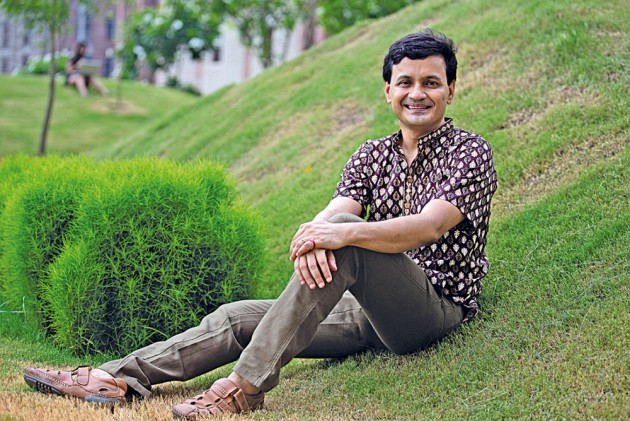 Dr. Saikat Majumdar, a professor of English and Creative Writing at Ashoka University, India, is an acclaimed writer, academic, critic and commentator on current debates. Recently, he was invited to the Fall Seminar Series organized by the Department of English, University of Liberal Arts Bangladesh (ULAB).  He spoke to Sohana Manzoor, Literary Editor, The Daily Star,  a leading newspaper in Bangladesh.

Q.  Ours is a world where the study of humanities is facing a crisis and we have been hearing about its extinction for quite a while. These days, as we speak of Liberal Arts, it often seems to create even more confusion. As a pathbreaker educationist yourself, could you perhaps touch on the importance of "liberal Arts" education in our parts of the world and its prospects?

The real value of a creative writing program is not the degree. It is the experience of being in a community of writers, facilitated by some established writers – being able to seriously devote oneself to writing at least for a period, whether or not that seems worth sustaining in the long run. That time and the experience are the real fruits of the program. I think it is a wonderful thing to be offered at the university level, but never as the main academic focus. Writers need real worlds, knowledge, and experience to write about – they should not specialize too early just as writers. They should major in literature, physics, philosophy, economics, psychology, history, computer science – whatever works for them – and devote themselves to writing classes, or a writing minor. That doesn't mean writing should be secondary or just a "hobby." It takes real passion and commitment. But when in college, one must also have an intense encounter with the world, which can only happen through the disciplines.

Q. We certainly are crossing a difficult and strange time. What would be your message to millions of readers out there? And how would you counsel students during this pandemic?

I woke up today to good news about the Oxford AstraZeneca vaccine, which, I hear, will offer a more affordable prevention in the subcontinent than the Pfizer and Moderna vaccines. There is light at the end of the tunnel. Readers – and those who have been able to afford to continue studying – are a fortunate group in a world where lives and livelihoods of millions have been uprooted or destroyed. I don't think we have a choice but to think of this time as a giant pause button in our lives. Obviously this is a career-setback for students – but thinking long-term, this is a time to think and contemplate, something we neglect to do when in a rush. Read too – catch up on the pending reading – again if you're lucky enough to have some peace and good health around you.

Q. You are quite an acclaimed writer. How do novels come to you?

I think novels come from a wild and private place, but once you're done writing, you are often struck to recognize the spirit of the times in the work. I know it's a real novel when it comes to me as a ghost and demands to be written. The child-memory of a fearful moment, of watching my mother, an actress, "die" in a stage play, inspired my novel The Firebird. When fully crafted, it became the story of a young boy's destructive relationship with theatre through the life of his artist mother. But it also became the story of a lost period, when the Communist Party in Calcutta cast a pall of suspicion over a certain tradition of urban popular theatre that traced its origins in the red light districts; suspicion especially of the women who performed in it.

Sometimes, of course, the historic spirit turns strangely to the present. My most recent novel, The Scent of God is a love story between two teenage boys in an all-boys' boarding school run by a Hindu monastic order in late-twentieth century India where same-sex relationships constitute a crime. Again, it comes from the memory of a place I have known, where living with religion, learning and growing with it, becomes a strangely erotic experience. It happens especially as you hit puberty and are stirred by bodily desires, not caring whether the touch you crave belongs to a boy or a girl. But the novel came to be published in a world where Hinduism had become militarized, and saffron-clad monks could become ministers. But it was also a world that had just witnessed, just a few months ago, the decriminalization of homosexuality in the Indian Penal Code. While the novel got caught up in the celebration, the figure of the saffron Yogi, who mentored young boys, suddenly looked shadowy and enigmatic, charismatic and ominous at the same time.

Q.  You have written as a creative writer, a critic and an educationist. Who do you identify with most? What would your answer be if you are asked, "Who do you see yourself as?"

A writer. That would be the truest answer. I don't think the tags – creative, critical, or academic make much difference to me. I write when I am compelled by something. The process takes a lot of planning and hard work, but the initial compulsion is mystical. Fiction is a core element of my work, as sensory evocations are very important to me, perhaps more than the abstraction of thought, but abstract thought also has its place and significance. Education, for me, is an abiding theme, in much of what I write. Both the novels I've described above have been called Bildungsromans – novels of growth and education. My new novel, reimagines the story of Drona and Ekalavya in a contemporary college campus, exploring the limits of the teacher-student relationship in terms of ethics, power, and intimacy. In my work as an educationist, I try to think about viable and sustainable modes of education. My fiction explores the repressive nature of education, and its inevitable failures.

(Interviewed by Sohana Manzoor, Literary Editor, The Daily Star, Bangladesh,   and Associate Professor in the Department of English & Humanities, ULAB. Reprinted with permission from The Daily Star.)