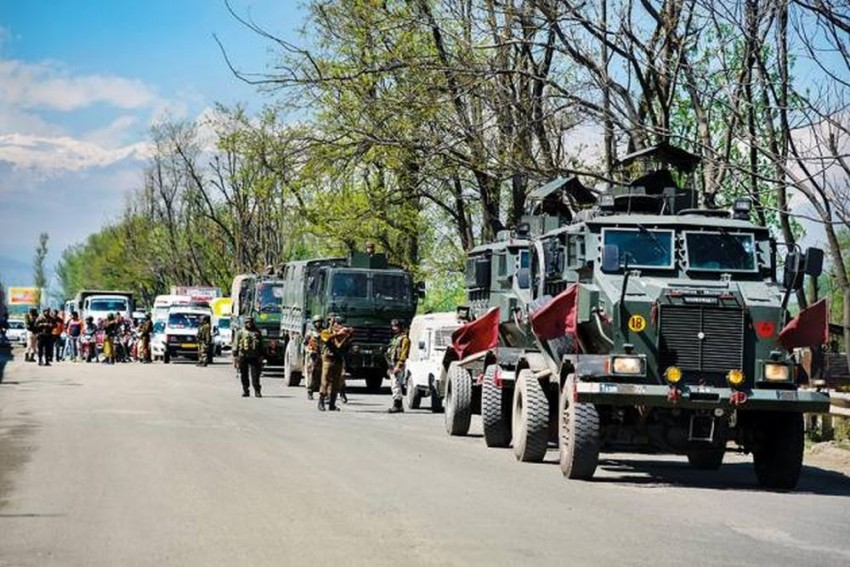 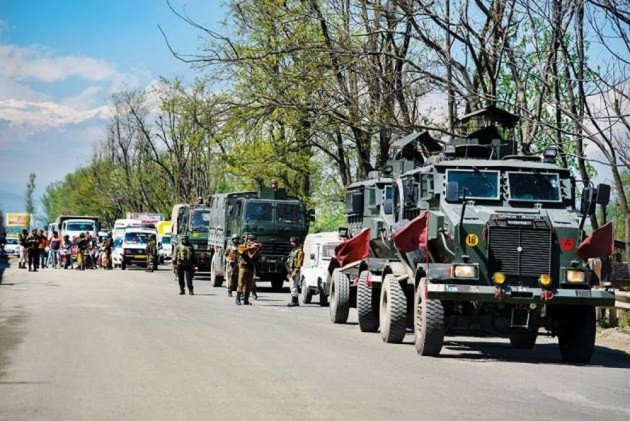 The government on Monday abolished Article 370 that gives special status to Jammu and Kashmir and moved a separate bill to bifurcate the state into two separate union territories of Jammu and Kashmir, and Ladakh.

Home Minister Amit Shah moved the resolution on Article 370 as also the Jammu and Kashmir Reorganisation Bill 2019 amid massive uproar by opposition parties. He informed the House that President Ram Nath Kovind has signed the official notification abrogating Article 370.

As soon as Shah made the announcement, members of the Congress, TMC and DMK squat on the floor of the House, one of the PDP members tore his clothes and then along with another PDP member tore copies of the Constitution, prompting Chairman M Venkaiah Naidu to order that they be physically removed.

Shah, who received a standing ovation from his party colleagues when he entered the House minutes before proceedings in the Rajya Sabha commenced, termed the move as "historical", saying Article 370 has not allowed integration of Jammu and Kashmir with the country.

Shah said Article 370 will no longer be applicable to Jammu and Kashmir.

When the House met, Naidu said he had used his discretionary powers to waive the requirement of the government to give advance notice and circulate a bill as the issue was of urgent national importance.

Leader of the Opposition and senior Congress leader Ghulam Nabi Azad said the entire Kashmir Valley is under curfew and three former chief ministers of the state and political leaders have been placed under house arrest.

He wanted the situation to be discussed first but Naidu allowed Shah to move the resolution.

Shah moved the resolution to abolish Article 370 as well as the state reorganisation bill along with listed bills to extend reservation for economically weaker sections in educational institutions and government jobs in Jammu and Kashmir.

The reorganisation bill provides for formation of union territory of Ladakh without legislature and a separate one for Jammu and Kashmir with legislature.

While Naidu said only the bill for providing reservation is being moved now and the other would be done after it is circulated to members, the House in a voice vote approved the introduction.

Later Naidu allowed Shah to re-introduce the resolution and the reorganisation bill, saying copies have now been circulated to members.

But it was not put to vote and it was not immediately clear if the voice vote taken earlier was for all bills and resolution or only for the bill for reservation.

Shah had moved the resolution and the bills together.

But the introduction was opposed by Congress, TMC and DMK members who along with leaders in the House rushed into the well.

They first shouted slogans and then squatted in the well of the House. Those who squat on the floor included Azad, Congress deputy leader Anand Sharma and TMC leader Derek O'Brien.

Samajwadi Party (SP) members, however, did not join them in the well.

Amid the ruckus, PDP members Nazir Ahmad Laway and Mir Mohammad Fayaz shouted slogans and tore posters. Laway even tore the 'kurta' he was wearing. Later as the protests heated up, the duo tore copies of the Constitution, prompting Naidu to order their eviction.

"The Indian Constitution is supreme. Nobody can do it," Naidu said as he named two members and ordered marshals to physically remove them from the House.

Before the marshals could do that, BJP leader Vijay Goel tried to intervene but was pushed back.

Naidu said the Indian Constitution is supreme and nobody has the right to tear copies of it.

"Tearing the Constitution in the House, shouting against India, will not be allowed. I will not just name (members) but also take action," he said.

Azad said the opposition was not against the reservation bill but wanted the Kashmir situation to be discussed first.

While the Parliamentary Affairs Minister said the government was "rectifying" the historical blunder of imposing Article 370 in Jammu and Kashmir, Law Minister Ravi Shankar Prasad said there were enough empirical evidence and precedence where the governments have in past circulated and got approved bills on the same day.

Shah said the reservation bill will help provide economically weaker sections 10 per cent reservation in educational institutions and government jobs. This reservation will be besides existing reservation for SC, ST and OBC

Noting that in past 38 times bills have been circulated and passed on the same day, he said this will be "null and void" after the resolution for abolition of Article 370 is approved.

Vaiko said the government was killing democracy. "Emergency days have come back," he said.

"There is no emergency, only urgency," Naidu remarked.

Azad said Article 370 was integral to Jammu and Kashmir joining India and added that lakhs of security personnel and civilians have lost their lives in the state during 70 years.

"I strongly condemn the act of two or three members of Parliament (to tear copies of Constitution), none were from our party. We stand by the Constitution of India," he said.

He, however, said the BJP has murdered democracy.

Shah retorted that people of Jammu and Kashmir were living in poverty and corruption because of Article 370.

Three families have looted the state for years, he said adding Jammu and Kashmir acceded to India on October 27, 1947 but Article 370 came in 1949.

"It is not true that Jammu and Kashmir joined India because of Article 370," he said.

Also Read | Kashmiris Have Been Lured Into The Trap Of Glamourised Terrorism: Governor Satya Pal Malik

Article 370 was always temporary and past governments did not remove it because of lack of political will and vote bank politics, he said.

Shah in his resolution said, "...the President, on the recommendation of Parliament, is pleased to declare that, as from 5th of August, 2019, all clauses of the said article 370 shall cease to be operative except clause (1) thereof."

"All provisions of this Constitution, as amended from time to time, without any modifications or exceptions, shall apply to the State of Jammu and Kashmir," it read.

As per this article, except for defence, foreign affairs, finance and communications, Parliament needs the state government's concurrence for applying all other laws.

It was introduced in the Constitution on October 17, 1949.