Amit Shah thanked the Jharkhand unit of the party for giving him the opportunity to launch the poll campaign from the land of legendary freedom fighter Birsa Munda. 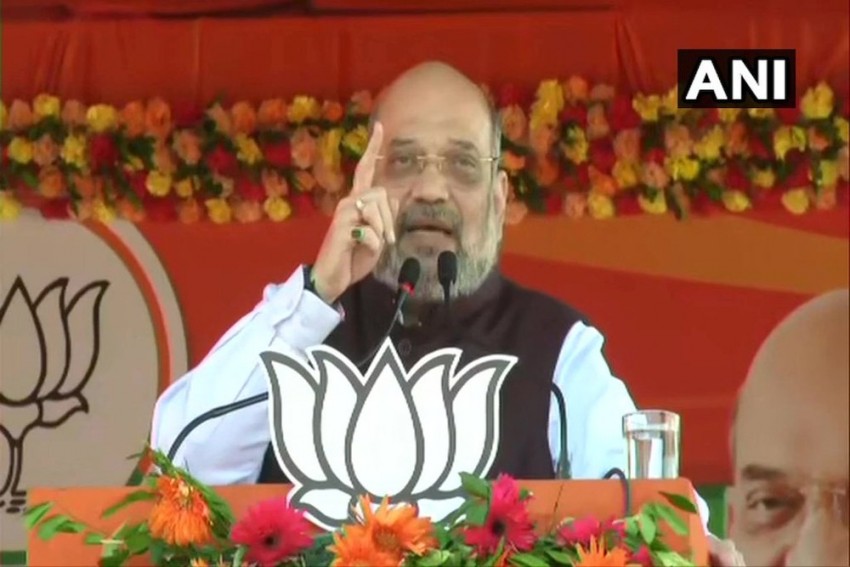 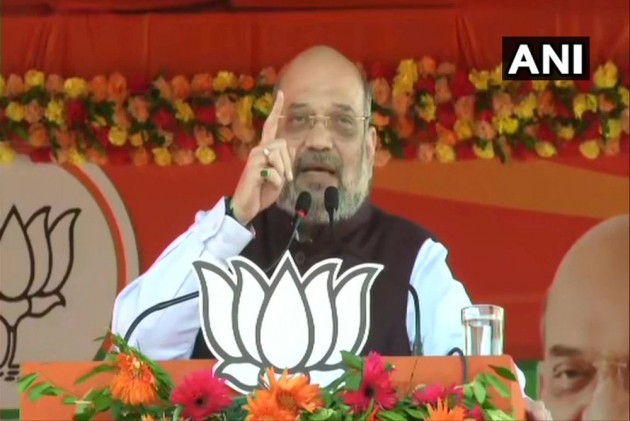 Raking up the Ayodhya issue, BJP president Amit Shah on Thursday accused the Congress of stalling the case in the Supreme Court.

He also alleged that the Congress party kept the Kashmir problem hanging fire for 70 years in its "greed" to protect its vote bank.

"For so many years this judgment was not happening. We also wanted a resolution to this dispute within the framework of the Constitution. Now see how with the blessings of Lord Ram the Supreme Court has cleared the way for the construction of a grand Ram temple.

Also read: What Next After Ayodhya? How Constructive Will BJP-RSS Gameplan Be?

Everyone wanted a Ram temple in Ayodhya but the Congress kept stalling the case," Shah told election rallies in Manika and Lohardaga, as he kicked off the BJP's campaign for the Jharkhand assembly polls.

He also accused the Congress of delaying a solution to the Kashmir issue for seven decades.

"The Congress party left the Kashmir problem hanging fire for 70 years in its greed to protect its vote bank. Modiji (PM Narendra Modi) has erased the blot of article 370 from the crown jewel of 'Bharat Mata' and paved the way for Kashmir's development," he said.

Also Read: OPINION | Ayodhya Verdict Must Be Seen Dispassionately From The Prism of Law, Constitutionalism

Emphasizing the importance of his party attached to the issue, Shah said the Modi government scrapped Article 370 and Article 35A during the very first Parliament session it faced after winning an absolute majority for a second time.

The BJP president also accused the Congress-JMM combine of indulging in corruption and "hoodwinking" the tribals and the poor.

Also Read: Had Babri Masjid Not Been Demolished, Would SC Judgment Have Been Same? Asks Owaisi

The JMM leadership indulged in corruption of thousands of crore of rupees, while the BJP dispensation led by Raghubar Das gave a stable government and took the state forward on the path of development, he said.

"JMM leader Hemant Soren should be asked which party he has aligned with, a party which hoodwinked tribals for 70 years. I would like to ask the Congress president and Rahul Gandhi to give an account of what they have done for tribals.

The BJP will also give an account of the work it has done for the state," Shah said.

He also wanted to know why Congress failed to provide electricity, cooking gas connection, health cards, toilets and homes to the people.

Shah, also the Union home minister, lauded the Raghubar Das government for "freeing" the state of the Naxal menace, saying it was the most important achievement of the current BJP dispensation.

The BJP, in its election manifesto, will promise the constitution of a committee that will consider raising the percentage of reservation for the backward sections after coming to power again.

"The backward sections have an important position in the social constitution of Jharkhand but they don't get a reservation in proportion to their population," he said.

Reaching out to the tribals who have a sizeable presence in the mineral-rich state, the BJP chief said the Modi government set up a museum in the memory of tribal leaders who fought valiantly for the country's freedom.

He also sought to remind the electorate that it was a BJP government which created a separate state of Jharkhand for which many sacrificed their lives.

"Atal ji (Atal Bihari Vajpayee) created Jharkhand and Narendra Modi will embellish and spruce it up," he told the election rally in Manika.

"People kept dying, youth sacrificed their lives, but the dream of statehood remained unfulfilled under Congress rule," he said.