It is unworthy to attribute political motives to the decision made by the Supreme Court on Ayodhya. The court has momentously done its best, writes professor of law, Upendra Baxi 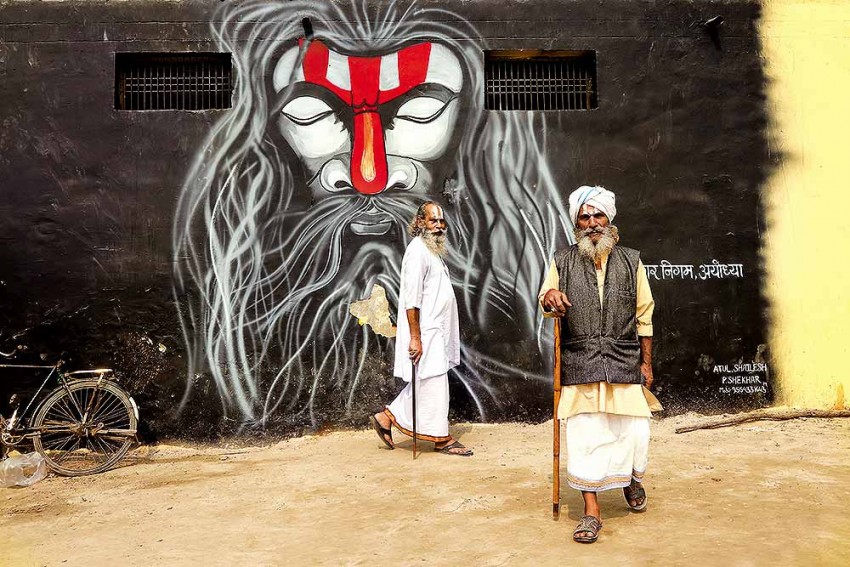 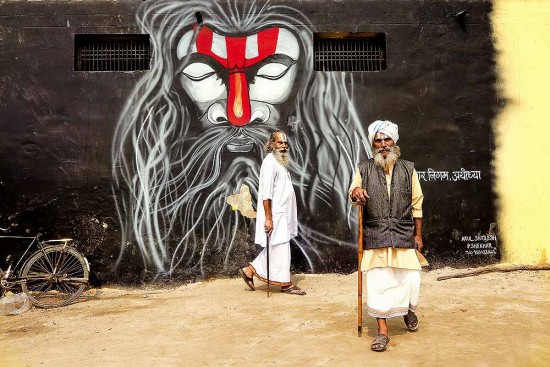 The Ayodhya judgment authored by Chief Justice Ranjan Gogoi and Justices S.A. Bobde, Dr Dhananjay Chandrachud, Ashok Bhushan and S. Abdul Nazeer has been a subject matter of many pointed analyses. It comes at a time when, globally, the constitutional authoritarianism of ‘charismatic’ radical conservatives places under deep stress all democratic institutions; and political polarisation and hyperpartisanship tend to render any dissent and doubt as subversive of national unity and integration, while it is defended by activists as politics for restoration of liberal democratic values. It is not a matter of surprise then that a reasoned discussion of public matters should be made so difficult, on all sides, just when it becomes imperative. The Supreme Court, in this instance, has come under intense criticism as failing the very people from whom it draws the legitimacy of its powers of judicial review.

The judgment ends by saying that “(one) of us, while being in agreement with the above reasons and directions, has recorded separate reasons” on “whether the disputed structure is the birth-place of Lord Ram according to the faith and belief of the Hindu devotees”, and that the “reasons of the learned judge are set out in an add­endum”. This is a most unusual procedure, and unconstitutional, as Indians have a right not to be governed by anonymous judicial decisions. The 116-page unsigned addendum has to be set aside in forming any opinion concerning what precedes it: the full judgment of 929 pages. It is also sad, as some critics have rightly remarked, that the judgment errs in talking about “Hindus” and “Muslims” because these remain deeply heterogeneous social and religious categories.

A close reading of the decision is necessary for any fair and socially res­ponsible criticism of courts. The Ayodhya decision was about appeals from the Allahabad High Court, which in 2010 contentiously awarded one-third part each of the disputed site to the juristic personality of Lord Ram, the Nirmohi Akhara and the Sunni Waqf Board. The SC, in appeal, heard the arguments for 41 days and gave its unanimous verdict by way of “lawful resolution” for events spanning “the Mughal Empire, colonial rule and the present constitutional regime”. That the court arrived at a unanimous verdict is salutary, especially as the last few decades have witnessed a proliferation of divergent opinions. The unanimity becomes ­miraculous when we recall that the Allahabad High Court decision ext­ends to 4,304 pages, whereas its rev­ersal is accomplished in 929 pages.

It seems to have been forgotten in the present deluge of activist angst that the court had reiterated the decision to hear only the property dispute and declined the invitation to explore the wider constitutional aspects of the case. It had also sought to settle the matter through court-mandated mediation when many other religious, social, and state initiatives had floundered. And all parties declared that they will abide by the judicial decision. Nor was there any activist upr­oar when the court declined the reference for an advisory opinion on “(w)hether a Hindu temple or any Hindu religious structure existed prior to the construction of the Ram Janmabhumi and Babri Masjid ­(including the premises of the inner and outer courtyards) in the area on which the structure stands….”.

I also do not recall any major outcry on the same 1994 decision, which inv­alidated Section 4(3), Ayodhya Acquisition Act 1993, which provided for the abatement of all pending suits as unconstitutional and held the rest valid. And it was made clear during hearings that there was “no dispute before this court in regard to the faith and belief of the Hindus that the birth of Lord Ram is ascribed to have taken place at Ayodhya, as described in Valmiki’s Ramayan.” Rather, the dispute was about “whether the disputed site below the central dome of the Babri Masjid is the place of birth of Lord Ram. The Muslim parties have expressly denied the existence of a Ram Janmabhumi temple at the site of Babri Masjid”. I am here only silhouetting some specific, contemporary judicial background, and it remains my belief that any evaluation of the final decision should take this into account.

Does the decision make possible any future desecration or demolition of other places of worship? Theoretically, a repeal of the Places of Religious Worship Act 1991 is possible. But that which is potentially doable is often not done. It becomes very difficult for any parliamentary majority to reverse the conversion or alteration of any place of worship (save Ayodhya, which was then before courts) as it existed on August 15, 1947, now that the court reiterates secularism as a constitutional commitment and upholds the equality of all religions and secularism as a part of the basic feature of the Constitution. The principles thus dec­lared are “non-derogable” and subject to “non-retrogression”.

The critics may depict a future full of party-political marauders who may conduct themselves as if no law or basic structure normatively existed. But will it necessarily happen in the future? Even if it were unfortunately to happen, can the ­responsibility for this be placed on the court, which declares such conduct as “unlawful”?

The court clearly rules that it “cannot reduce questions of title…to a question of which community’s faith is stronger”. It accords legal personality to the Ram Lalla idol and explains why Asthan Shri Ram Janmabhumi is not a juristic person. All these strong assurances of secularity have been made by a unanimous judgment, in difficult times. It is unworthy to att­ribute political motives to a collegiate judicial decision or to simply aver that it may be swayed in future by considerations extraneous to constitutional secularism.

The restitution is not a largesse but the SC’s duty to ensure justice, though it’s a bit delayed for those recovering from the events of 1992.

A most controverted part of the dec­ision is the restitution for the “wrong committed” by the demolition of the Babri Masjid in December 1992: the court invoked its powers under Article 142 of the Constitution to award an alternative space of five acres to the Sunni Central Waqf Board for the construction of a new mosque in Ayodhya. If it is a mere act of judicial power under Article 142, then such reading may be justified. But I read the decision differently—the court here subjoins the constitutional power with a duty; that is, this is no act of constitutional largesse but a step in furtherance of constitutional obligation. The court has momentously done its best. This restitution is not a largesse but the court’s duty to ensure that complete justice is done, even if its realisation among those still recovering from the events of that dark day of December 1992 is a bit delayed. Now it is also for the exe­cutive and the legislature to do more by way of duties of reparation to communities in harm and danger, and one should activate such political processes as exist to achieve this end.

Does the court succeed in scrupulous judicial avoidance of constitutional othering? It firmly holds that during the intervening night of December 22/23, 1949, Hindu idols were installed under the central dome of Babri Masjid and that the 1992 demolition of the mosque was an “egregious violation of the rule of law”. Further, the court declines to enter the thicket of theological contestations: it rules that it must, “as a secular institution, set up under a constitutional regime, steer clear from choosing one among many possible interpretations of theological doctrine”. The court, essentially, made it clear that not faith, but secular law and evidence, paved the way for its verdict.

Another contention critics have raised is over the manner in which the court has applied the issue of “preponderance of probability” of evidence and the reliance it has placed on the ASI report as secular evidence. The latter has been subjected consistently by the court to two caveats—that the report does “find the evid­ence of pre-existing structure” and second, there is no evidence to suggest that the Babri Masjid was constructed after ­demolishing the und­erlying structure and using its material for embellishment of the mosque.

As for the “balance of probabilities” rationale, the court has ruled that for a long period “of over 375 years which elapsed since the date of the construction of the mosque until the setting up of a grill-brick wall by the British,” the Sunni Waqf Board has not adduced any clinching evidence of the exercise of possessory claim over the disputed site; nor “is there any evidence of offering namaaz in the mosque over this period”. In civil jurisprudence, the rationale of balance of probabilities is accepted. Equally intrinsic to such suits is the fact that the burden of proof to establish uninterrupted, continuous and adverse possession in such cases lies with the party seeking the title.

In the Ayodhya case, counsel for the deity was able to prove that Hindus had uninterrupted access to the inner and outer courtyards of the Babri Masjid but counsel for the Sunni Waqf Board, as pointed out by the court, failed to provide similar evidence. Here again, it is plausible and entirely believable that the Waqf records were destroyed during the annexation of Oudh by the British in 1857, or to accept that a mosque during an Islamic reign would naturally be used as a place of worship, but assertions to this effect without documentary proof, strictly in legal proceedings, have little evidentiary value.

The court has noted, “The law must stand apart from political contestations over history, ideology and religion.” It has noted, with immense clarity, that “the court does not decide title on the basis of faith or belief but on the basis of evidence” and “settled principles of evidence” must be app­lied to adjudicate upon title claims. This is exactly what the court has done, in so far as resolving the title dispute is concerned.

As is always the case with voluminous judgments like the current one, an authoritative analysis so soon after the verdict’s pronouncement runs the risk of being precipitate. A diverse gamut of equally distinct subjects—religion and faith, history and archaeology—has mingled with the dispute. The apex court itself has noted in its judgment that it was “tasked with the resolution of a dispute whose origins are as old as the idea of India itself”. Yet, it is perhaps best advisable to see the outcome of the case purely and dispassionately from the prism of law and constitutionalism.

(The author is professor of law, University of Warwick. Views expressed are personal.)