Even as National Conference and Congress keep mum and BJP seeks new leadership, Kargil residents are not willing to accept Leh as Ladakh's face while Jammu revolts too 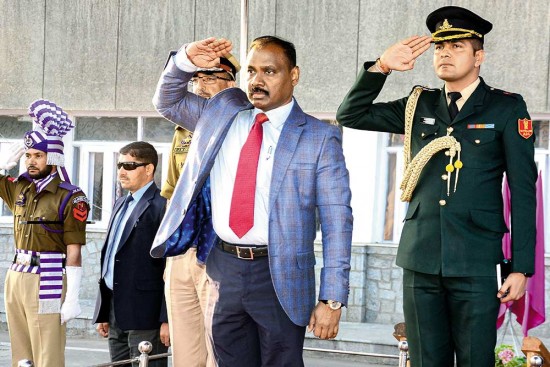 On October 31, as Jammu and Kashmir’s bifurcation into two Union territories came into ­effect and two lieutenant governors were sworn in, the Kashmir Valley observed a complete shutdown. Large-scale protests rocked Ladakh’s Kargil district, with the Joint Action Committee Kargil (JACK) also asking for a separate ­Union territory. Smaller protests were witnessed in Jammu, where the Panthers Party is demanding the carving out of Jammu region as a separate state. When Girish Chandra Murmu’s swearing-in ceremony was being held in Raj Bhawan, Srinagar, the only vehicles seen on Boulevard Road along the Dal, which leads to the venue, belonged to the ­police and paramilitary forces. No ­Union minister or top BJP leader flew down from Delhi to attend the historic event that reduced into two Union territories a formerly “autonomous” state, which had its own prime minister and sadr-e-riyasat until the posts were rechristened as chief minister and governor respectively in 1965 by amending the J&K state constitution.

Since the abrogation of Article 370 on August 5, there have been regular protests and shutdowns in Kargil where people are demanding job reservations, protection of land rights and separate headquarters, claiming that Leh cannot represent all of Ladakh. Kargil residents say they cannot consent to being part of a Union territory with its headquarters in Leh. “Kargil’s population is the same as Leh’s. Our issues and concerns are different, and our protests will continue,” says JACK leader Haji Hanifa Jan. In Leh, festivities marked the inauguration of former defence secretary Radha Krishna Mathur as lieutenant governor.