After Narendra Modi, BJP president Amit Shah was the man who built the party's campaign systematically around the nationalism plank and the prime minister's popularity. 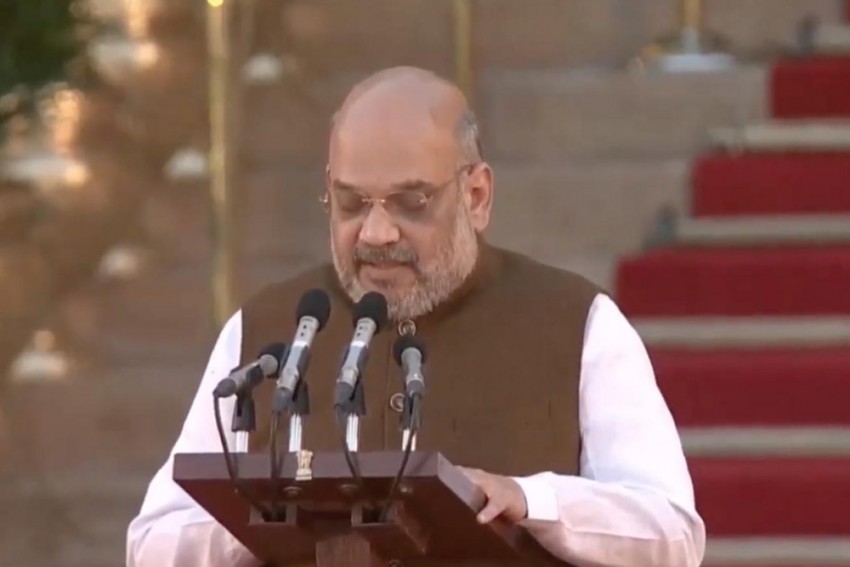 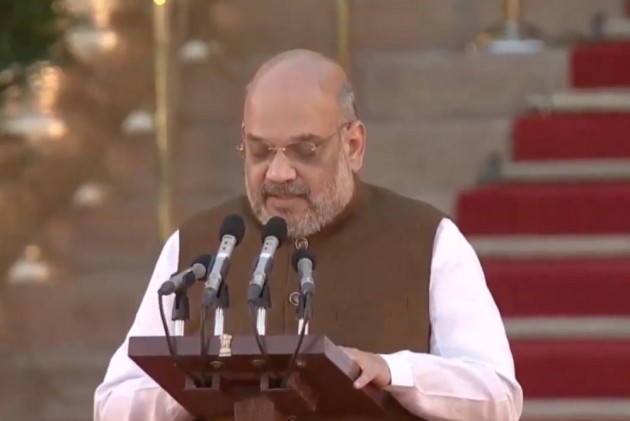 After a most successful stint as the Bharatiya Janata Party (BJP) President, Amit Shah, called the "Chanakya" of modern day Indian politics, on Thursday joined the Cabinet of Prime Minister Narendra Modi.

After Modi, Shah was the man who built the party's campaign systematically around the nationalism plank and the Prime Minister's popularity.

Shah, who was in election mode since becoming the party president in 2014, has been rewarded by Modi after the BJP registered a spectacular win in the Lok Sabha elections bagging 303 seats on its own.

Though Shah entered national politics in 2013, his organisational training and extensive travel across India helped him learn the finer points of cow belt politics.

In no time in Uttar Pradesh, Shah transformed the profile of the BJP, which for a long time was seen as a party of forward castes in the state.

Both in the 2014 Lok Sabha and 2017 Assembly elections, Shah first stitched together a strong intra-party caste alliance within BJP's broad political framework in the state.

He also strengthened the so-called rainbow coalition by striking a pre-poll alliance with smaller regional outfits.

As the result, the BJP won 71 Lok Sabha seats in Uttar Pradesh in 2014 and the party swept a two-third majority in 2017 Assembly polls.

He also led the BJP to victory in Assembly elections in Haryana, Maharashtra, Jharkhand, Jammu and Kashmir, Uttarakhand, Himachal Pradesh and other states.

Formerly an MLA from Naranpura in his home state Gujarat, Shah had been elected four times from Sarkhej.

Shah became a loyalist of Modi as both were associated with the Rashtriya Swayamsevak Sangh (RSS) since their early age.

A science graduate, he was active in politics since his college days when he was with the Akhil Bharatiya Vidyarthi Parishad.

Born on October 22, 1964 into a philanthropist family, he joined the RSS as a "Tarun Syawamsevak".

He went on to hold many crucial posts to rise up in the ranks of the BJP in Gujarat. He became the national Treasurer of Bharatiya Janata Yuva Morcha in 1997 and later the Vice President of the Gujarat BJP.

Shah is also credited with turnaround of the co-operative sector in Gujarat. In 2000, when the Ahmedabad District Co-Operative bank was in totters and declared a weak bank due to lack of leadership, Shah was brought in as the Chairman of the Bank.

Only a year after he took over, the Bank cleared its debts and fell in line of other profit-making banks, with declaration of 10 per cent dividend. Today, Ahmedabad District Co-Operative Bank Ltd is a leading bank among the 367 co-operative banks in the country.

S. Jaishankar -- From Govt Pointsman For China To Surprise Pick In Modi's Council Of Ministers