Activist Manikandan, who belongs to the Paniya tribal community, says he wasn’t even informed about his candidature by the BJP. 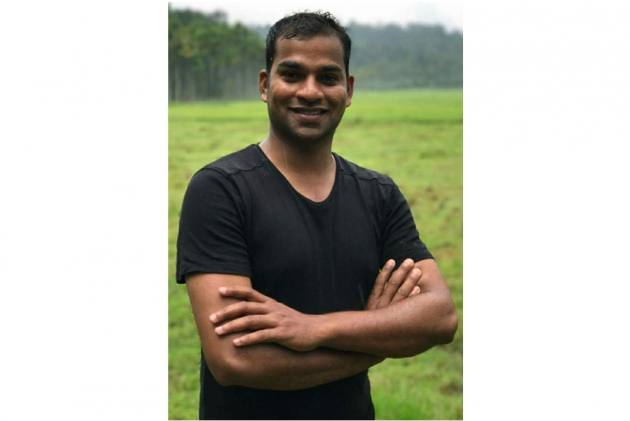 Ahead of the state Assembly polls on April 6, tribal activist C Manikandan sparked a row by turning down the Bharatiya Janata Party’s (BJP) offer to contest from Mananthavady, a constituency reserved for the Scheduled Tribe in Kerala’s Wayanad district. Manikandan, who belongs to the Paniya tribal community, says that he wasn’t even informed about his candidature by the party. The 31-year-old currently works as a teaching assistant at Kerala Veterinary and Animal Sciences University.

Q) You refused to contest on a BJP ticket after the party’s central leadership announced your candidature on Sunday. Why did you turn down the offer?

I have always opposed BJP’s communal and upper-caste politics. Ideologically, I can never be on the same page with them. However, on a personal level, I appreciate the party’s decision to consider me for the post.

I belong to the most backward Paniya tribe in the district and the BJP is looking to expand its social base using me. Mananthavady always alternates the Left parties and the Congress and BJP have zero winning chance. The party doesn’t have any influence or representation in this tribal belt and they want to make inroads here. But I will never fall into their trap.

I have a good presence in social media where I actively discuss tribal and Dalit issues. The BJP’s strategy was to make use of my social media presence. I am an ordinary person and I don’t want to take a plunge into politics. I didn’t have to think twice about rejecting the offer.

Q) You said that you had no inkling about your candidacy till the announcement came?

On Sunday, I came to know about my candidature from TV. Three weeks back, some BJP leaders called and discussed this. I conveyed to them my unwillingness to contest. The sudden announcement by the central leadership in Delhi took me by surprise. Did they give such surprise to E Sreedharan or other celebrity candidates?

Q) Why did BJP rope in a non-BJP member to contest the election?

Though they don’t have any presence in our district now, I feel that the BJP will become a dominant force in the coming years, maybe after 10 years or so. The BJP is trying hard to appease the tribal community. The Left and the Congress are not realising the danger of it.

Q) Do you regret your decision of backing out? Any fear of repercussion?

I will never regret my decision. The BJP always represented the interest of the upper-caste Hindus. Their mindset towards a backward community will never change. Not even a single BJP leader or worker met me to discuss contesting from the seat. I was gobsmacked when I heard about my candidature and it was announced along with the VIP list. The perception is that lower caste or backward community will simply abide by the upper caste’s orders without asking questions. They never expected such a response from me. I am not scared of any consequences.

Q) After rejecting the BJP offer, you put up an FB post quoting Ambedkar which reads ‘I shall not betray the legitimate interests of my people even if you hang me on the lamp post in the street’. Was it a direct response to the BJP?

The post was a reply to the BJP and all mainstream parties, who marginalize our community on account of our backwardness. The post reflected my political stand too. I am not affiliated with any party. I am in the process of learning more about Ambedkar and his ideology.

Q) Why do you think that all mainstream parties, including the Left parties and Congress, have failed your community?

Paniya community forms a majority of the tribal population in the district and we continue to remain the most marginalized section. All political parties have failed us and we haven’t got our dues yet. The Left parties are supposed to be the allies of the poor and the backward. I would like to ask why this offer didn’t come from them. There are several educated and qualified youngsters from the Paniya community, who are better than the candidates who are currently in the fray. Why aren’t they being considered by the main political parties?

Q) By becoming an MLA, you could have done a lot for the community.

I understand that political empowerment is a crucial factor in ensuring socio-economic development in backward communities. My question is instead of selling candidates to a communal party, why can’t the Left or the Congress give them seats? Though we are the majority among tribal, most of us don’t have a roof over our heads or can barely afford one meal a day.