The resolution further said, 'we stand united in solidarity with our security forces in fighting terrorism, defending India's unity and integrity.' 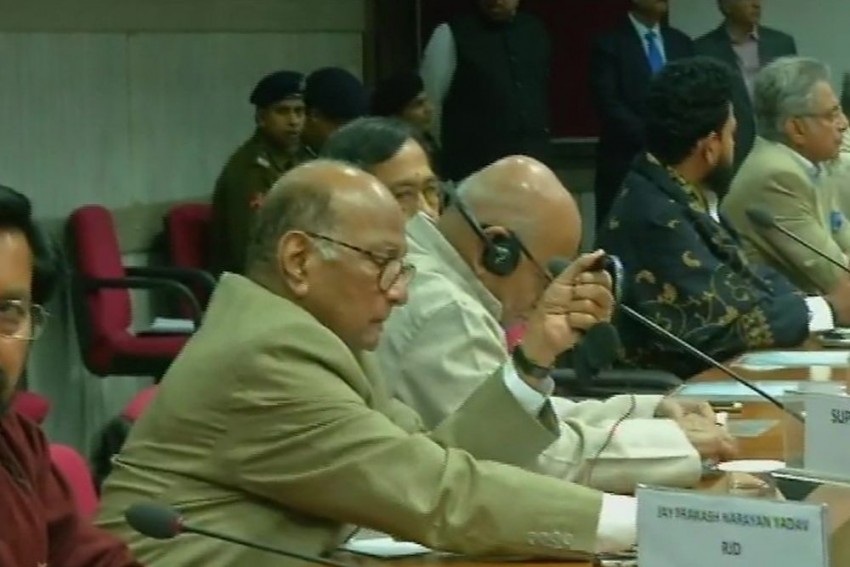 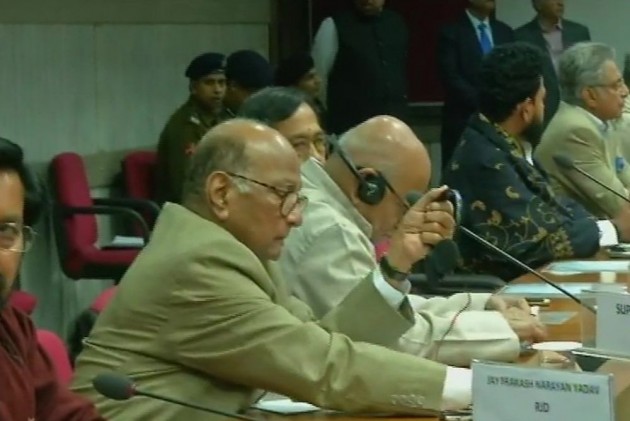 In an all-party meeting called by Prime Minister Narendra Modi on Saturday in Delhi, a resolution was passed condemning terrorism in all forms and the support being given to it from across the border.  The parties had gathered to discuss the terror attack in Jammu and Kashmir's Pulwama district in which 40 CRPF soldiers were killed.

The resolution passed at the all-party meeting: We strongly condemn the dastardly terror act of 14th February at Pulwama in J&K in which lives of 40 brave jawans of CRPF were lost. pic.twitter.com/0OjGkgS6He

The resolution did not name Pakistan but asserted that India has been facing the menace of the cross-border terrorism which of late, it added, is being actively encouraged by forces from the neighbouring country.

The resolution further said, "we stand united in solidarity with our security forces in fighting terrorism, defending India's unity and integrity."

India has displayed firmness, resilience in tackling the menace of terrorism, the resolution added,

The meeting convened by Home Minister Rajnath Singh, who was in Kashmir on Friday to take stock of the situation, was attended by Ghulam Nabi Azad, Anand Sharma and Jyotiraditya Scindia of the Congress, Sudip Bandyopadhyay and Derek O'Brien of the TMC, Sanjay Raut of the Shiv Sena, Jithendra Reddy of the TRS, D Raja of the CPI, Farooq Abdullah of the National Conference, Ram Vilas Paswan of the LJP among others.

Naresh Gujral of the Akali Dal, Upendra Kushwaha of the RLSP and Jai Prakash Narayan Yadav are among others who attended the meeting.

The parties were briefed about the attack in Pulwama and the steps being taken by the government so far.

The decision to convene the all-party meeting was taken at a meeting of the Cabinet Committee on Security, chaired by Prime Minister Narendra Modi on Friday.

Earlier, Finance Minister Arun Jaitley said the all-party meeting would be convened to brief political parties on the incident so that the nation speaks in one voice on the issue.

The CCS was held to discuss the security scenario in Jammu and Kashmir in the wake of the Pulwama attack and the possible steps to be taken against the perpetrators of the gruesome act.

Forty CRPF personnel were killed and many injured on Thursday in one of the deadliest terror attacks in Jammu and Kashmir when a Jaish-e-Mohammad suicide bomber rammed a vehicle carrying over 100 kg of explosives into their bus in Pulwama.

The bus was part of a convoy of 78 vehicles carrying CRPF personnel from Jammu to Srinagar.

Prime Minister Narendra Modi on Friday said those responsible for the attack will pay "a very heavy price" and security forces will be given a free hand to deal with terrorists.

In a hard-hitting speech, he said the "blood of the people is boiling" and forces behind the act of terrorism will be definitely punished.

A Day After Its Launch, Vande Bharat Express, India's Fastest Train Breaks Down