In a brief interaction with reporters after the meeting, Sanjay Raut said that Sharad Pawar is a senior leader and he is worried about the political situation in the state today. 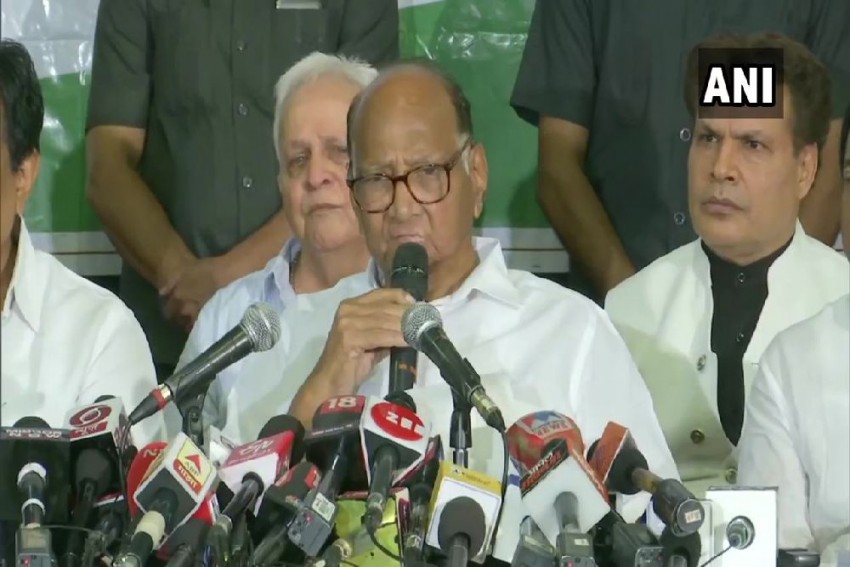 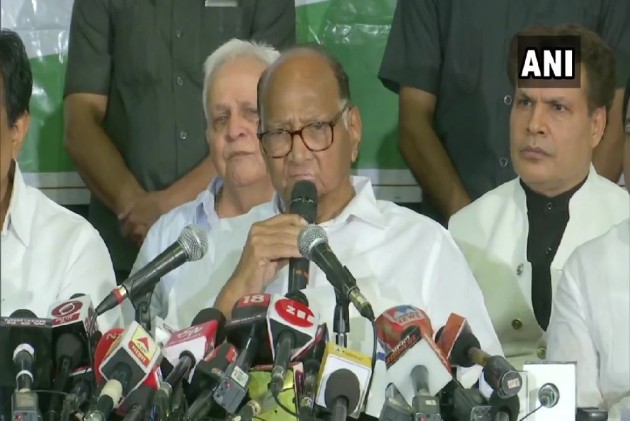 Nationalist Congress Party (NCP) chief Sharad Pawar on Wednesday dismissed the possibilities of his party joining hands with Shiv Sena to form the government in Maharashtra. The word from Pawar came with an hour of a "courtesy call" from Sena leader Sanjay Raut.

Addressing a press conference, Pawar said there was a "constitutional crisis" in Maharashtra, adding the NCP and Congress had been handed the mandate to sit in the Opposition.

When asked about the future of state government, the NCP patriarch said the BJP and the Shiv Sena had received people's mandate and therefore they must form the government.

"They(BJP-Shiv Sena) have been together for the last 25 years. Today or tomorrow they will come together again," he said, adding there was no question of NCP forming the government with the Uddhav Thackeray party.

He emphasised he had been the chief minister for four times and was not keen on the post.

Pawar also urged the Centre to help farmers whose crops have been damaged by heavy rains. "I visited affected areas and feel that farmers must be provided relief. Another issue is of insurance companies not paying farmers for crop damage. The finance ministry should intervene in this matter."

Earlier in the day, Sena leader Sanjay Raut met Pawar briefly in Mumbai and discussed the political situation in Maharashtra where the assembly is fast approaching the end of its tenure.

Raut said that Pawar is a senior leader and he was worried about the political situation in the state today.

"This was a courtesy call," Raut told reporters.

RSS functionaries in Nagpur were tight-lipped about what transpired at the meeting, though it is being speculated that the meeting was about the political deadlock in the state after the October 21 assembly elections.

Raut had ruled out any new proposal for government formation and reiterated that the Shiv Sena expects the implementation of what was decided and agreed upon before the elections.

"Why waste time on new proposals. We want a discussion on what was agreed upon earlier. No new proposal has been received or sent," he said.

On the possibility of imposition of President's rule in the state, Raut said, "We will not be responsible for it. Those conspiring to do this are insulting the people's mandate."

There has been no headway in government formation after results of the state Assembly polls were declared on October 24 in which the BJP won 105 seats, Shiv Sena-56, NCP-54 and Congress-44.

Raut, who is a Rajya Sabha member, earlier said his party was firm on a written assurance from the senior alliance partner over power-sharing, including rotation of the chief minister's post for two-and-a-half years.

He also claimed that there was a "consensus" between the BJP and the Shiv before the Maharashtra Assembly polls on sharing the chief minister's post.

The NCP on Tuesday said a political alternative can be worked out in the state if the Shiv Sena declared that it had snapped ties with the BJP.

Sources in the NCP said their party wants Arvind Sawant, the lone Shiv Sena minister in the Union government, to resign before going ahead further with the Uddhav Thackeray-led party.