During a press conference in London on Monday, Syed Shuja had claimed that the EVMs can be hacked, and the 2014 Lok Sabha elections were rigged. 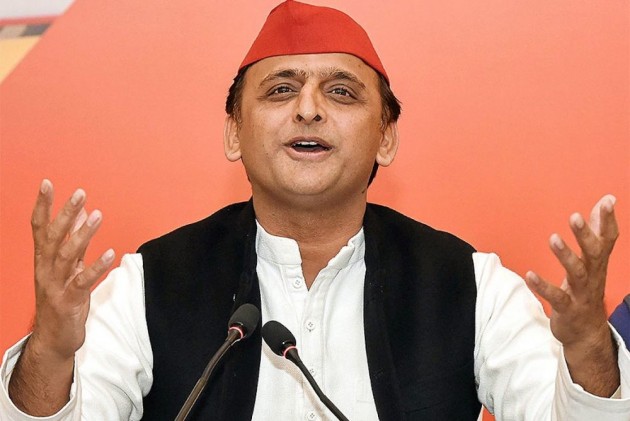 "The SP has asked the EC to conduct next elections through ballot papers. There are doubts and controversy related to EVMs that have raised question mark on entire democratic exercise of polls," Akhilesh said in a statement issued Wednesday.

"Technology is being misused for political purposes and there is no doubt regarding this. Technological literate society should also raise their voice against misuses of EVMs. Use of ballot papers in elections strengthens relations between the state and common man. The trust is basis of democracy and it is necessary for the country", he said.

He said in past elections too, a number of complaints related to faulty EVMs had come.

People used to stand in queues for a long time for their turn to vote due to this. “Is it technical or failure of election management or conspiracy to devoid people from their voting rights?" he questioned.

On the claims of self-styled cyber expert from London that EVMs could be tampered with, Akhilesh said, "There should be an unbiased probe into it. This is a serious matter and an attempt to grab power with money."

During a press conference in London on Monday, Syed Shuja had claimed that the EVMs can be hacked, and the 2014 Lok Sabha elections were rigged.

The Delhi Police has registered a case based on a complaint filed by the Election Commission regarding Shuza's allegations.

In its complaint, the poll panel had asked police to investigate the matter "promptly" for violation of certain IPC sections dealing with spreading rumour to "create fear" in the minds of people.