The APP workers reached Delhi BJP chief’s residence in protest against the Haryana government allegedly not providing the national capital its share of water. 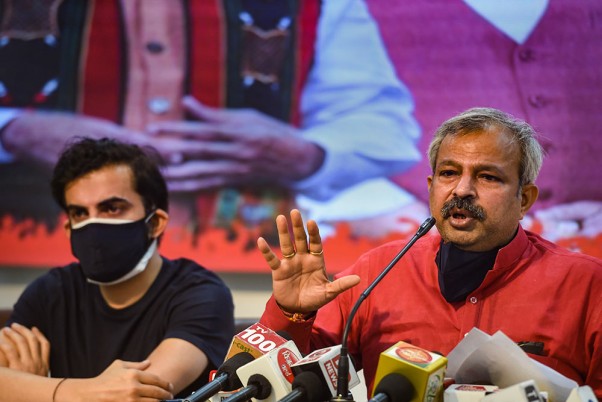 AAP youth wing workers were detained on Sunday for trying to cut the water supply to the residence of Delhi BJP chief Adesh Gupta.

The APP youth wing workers reached Delhi BJP chief’s residence at Patel Nagar on Sunday in protest against the Haryana government allegedly not providing the national capital its share of water.

"They were detained and taken to the Rajender Nagar police station," a senior officer said.

Aam Aadmi Party (AAP) MLA Saurabh Bhardwaj had threatened on Saturday that if the BJP-led Haryana government does not release Delhi's "rightful portion" of water in 24 hours, the water supply to Gupta's house will be stopped.

He alleged that the Haryana government has curtailed Delhi's water supply by around 100 million gallons per day (MGD).