Home  »  Website  »  National  »  A Disease That Stays With You After You Die. One That Won’t Even Let You Rest In Peace

A Disease That Stays With You After You Die. One That Won’t Even Let You Rest In Peace

When Dr Simon Hercules' wife, teenaged son and doctor colleagues took his body to Kilpauk cemetery, angry local residents blocked their way. A similar scene played out at the cemetery in Anna Nagar, some five km away. 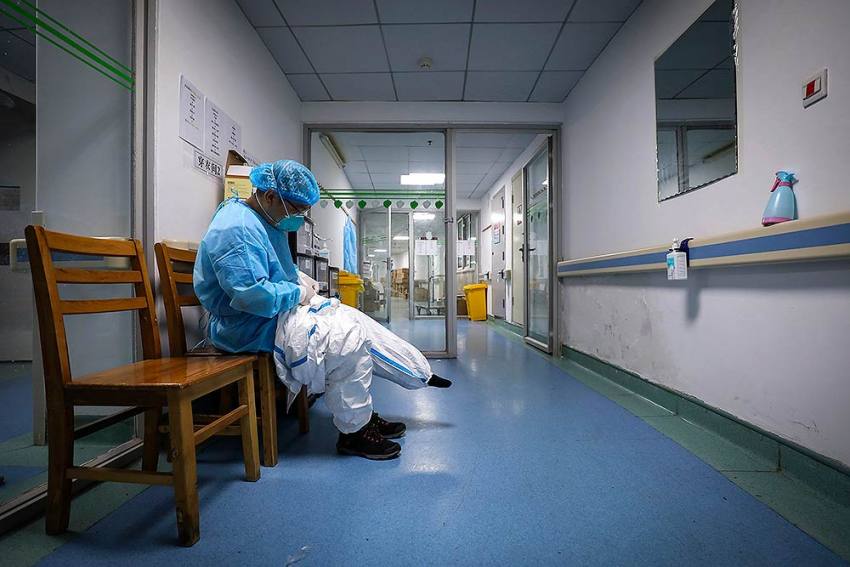 In this file photo, a doctor puts on a protective suit as he prepares to check on the patients at Jinyintan Hospital designated for new coronavirus infected patients, in Wuhan in central China's Hubei province. (AP)
Ramananda Sengupta 2020-04-22T09:22:57+05:30 A Disease That Stays With You After You Die. One That Won’t Even Let You Rest In Peace 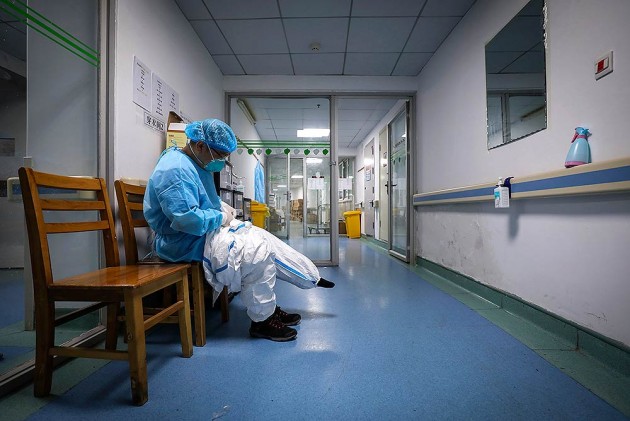 The COVID pandemic has led to several cases across the country of families being prevented from burying or even cremating their loved ones because they had succumbed to the deadly virus.

Even the frontline warriors against the virus, whom the nation stood up to applaud recently, are not spared. The case of Dr Simon Hercules, a 55-year old Chennai neurosurgeon who tested positive for the virus and succumbed to a heart attack on Sunday, April 19, is just one example. He had probably contracted the infection while treating patients.

But when his wife, teenaged son and doctor colleagues took his body to Kilpauk Cemetery, angry locals blocked their way. A similar scene played out at the cemetery in Anna Nagar, some five km away. This time, the mob turned violent, pelting the ambulance with stones and logs, shattering the windshield and injuring the driver and an accompanying sanitation worker. The family was forced to flee to escape the mob, while Dr Hercule’s friend, Dr Pradeep Kumar managed to retrieve his body, take it back to the hospital and seek police help.

Dr Hercules was later buried by Dr Kumar and two ward boys in the early hours of Monday with police security. No family members were present. “Only an eerie silence and there were none inside the burial ground. The ward boys and I hurriedly lowered the body into the pit as we were afraid that the violence may be repeated," Dr Pradeep was quoted as saying.

"There was just one shovel which I gave to one of the ward boys and two of us used our hands to fill the 8-10 feet pit. It took over an hour for us to complete the task and by then it was about 1.30 am (Monday)."

"Is this what doctors have to face?” asked a teary-eyed Dr Bhagyaraj, another friend of Dr Hercules in a video circulated online. “Is this how the public repays us? I'm ashamed to release the video. We were unable to save him and we couldn't bury him. Will his soul rest in peace?"

Dr Hercules is not alone.

On April 13, a similar incident took place in the industrial suburb of Ambattur, where locals stopped the cremation of an orthopaedic surgeon from Nellore in Andhra Pradesh. The surgeon, who had tested positive, was admitted to a hospital in Chennai but did not respond to treatment. But when he was taken to a local crematorium by medics and his family, residents refused to allow them entry, despite pleas by the family and medical staff, who tried to convince them that the virus would not survive the cremation. A video showed tearful family members pleading with the locals, who were left unmoved. The body was finally taken back to the hospital morgue, kept overnight, and cremated the next day under policeprotection.

That is not a scene limited to Chennai.

In New Delhi, Friday, April 11, a 62-year-old from Sadar Bazar who died after testing positive for the virus was denied entry by two graveyards and had to be taken to the JadidQabristan near Delhi Gate, where a small area at the back has been earmarked for coronavirus victims. But local gravediggers refused to touch the corpse, forcing his sons to buy personal protection equipment kits at Rs 1500 each. But they were forced to throw their father’s body into the 15-feet deep grave dug by a bulldozer because there were no ropes to lower it. And perhaps as a sign of their anguish, the sons took off their protective gear and threw those into the grave as well. The caretakers of the burial grounds in Delhi are adamant that they will not allow any members of the Tablighi Jamaat to be buried in their cemeteries.

In Mumbai, the family of a Muslim man who succumbed to the virus was forced to cremate him in a Hindu crematorium April 1. The 65-year-old resident of suburban Malad had been admitted to a local hospital in Jogeshwari east. When his family took him to the MalwaniKabrastan (graveyard) at 4 in the morning, the trustees of the cemetery and residents of the neighbourhood refused to allow him to be buried there. Pleas by a local politician and the police failed to move them. As matters threatened to spiral out of control, some social workers convinced a nearby Hindu crematorium to cremate the body, and the flustered family agreed. The cremation took place at 10 am.

Almost 2700 km northeast of Mumbai, in Shillong, Meghalaya, yet another doctor, John L SailoRyntathiang, 69, the founder of Bethany hospitals in the state, passed away April 15 due to complications from a coronavirus infection. His wife and five other members of his family also tested positive.

But when his body was taken to the city crematorium, officials and residents refused to allow his last rites to be performed there citing lack of protective equipment. When his family tried to take him for burial at his farmhouse in Nongpoh, some 53 km away, the town’s executive committee denied permission. Finally, a man who had devoted his life to saving others was buried at the Riatsamthiah Presbyterian cemetery without his family to bid him goodbye.
The examples cited above are just the tip of the iceberg. There are countless other families not just in India, but across the globe, who have not had an opportunity to bid farewell to their loved ones claimed by the virus.

A crisis, like this pandemic now rampaging across the globe, is said to bring out the best and worst in us. But no matter how you slice it, long after this is over, these memories will leave usall scarred and scared.

As Mark Antony declared in his eulogy in Shakespeare's Julius Caesar, “The evil that men do lives after them; The good is oft interred with their bones.”

'No Request So Far From Police To Appear Before Them': Tablighi Jamat Chief Maulana Muhammad Saad