‘A Debt That Society Owes’: How India Remembers Its World War Soldiers

As Commonwealth countries observe Remembrance Day this month, can India eulogise its soldiers without seeing their memory as a colonial relic?

More from Saumya Kalia
View All

“So many corpses are there, and all have perished in forty seconds,” Santa Singh writes to his mother, in a letter from London to Punjab, on 20th July 1915. “As a man climbs a plum tree and shakes down the plums [so that] they fall and lie in heaps, so are men here fallen.” He was trying to put into heavy words the ravages of World War I, then in its second year.

Another letter, which identifies its writer as Shankar, reads, “I have no hope of seeing you again and getting safe and sound out of France….There seems no prospect of peace.” This was sent in June, two years later.

The two men had little in common with each other, or with us, but a distraught part of their being has since been preserved in time. They left behind raw, disjointed accounts of a war -- riven with tragedy, pathos, and cultural dislocation. The minutiae, when constructed together, give a glimpse into the disarray of war, any numbering notwithstanding.

The moral concern of remembering one of the darkest epochs in human history, the world wars, continues to linger in our consciousness. In one of his popular writings, thinker Fabre touted war to be a reflection of the very worst we are capable of doing to one another. And a failure to remember wars, he said, is a failure to remember “that which in us is capable of such wrongdoing.”

Society, on its part, has abided by and large. In a bid to place them in public memory, Commonwealth member states come together to observe Remembrance Day in November every year. The day takes different names across borders, but remains unified in its tradition of honouring soldiers who died fighting in the line of duty.

Also called the Armistice Day, the anniversary commemorates the very end of the First World War -- when Allied forces signed a ceasefire agreement with Germany in Rethondes, France. The cessation of hostilities took effect at “eleven o’clock, the eleventh hour of the eleventh day of the eleventh month” in 1918. November 11 thus came to be associated with a larger, poignant meaning. Tributes take the shape of poppy flowers; evocative red in tone, poignant in their tenour.

The Indian contingent earned the reputation of being a force to reckon with, so much so that their contribution earned them more than 9,200 decorations for bravery. Among them are 11 Victoria Crosses, which represent the highest military award for valour. Their laurels continue to be remembered, as memorials across foreign lands honour our fallen soldiers amongst their own, in November.

Yet, the cultural discourse closer to home appears to be somewhat lacking.

How does India engage with the memory of its world war soldiers? Do we persist to remember our war dead -- and if so, have their sacrifices endured or wilted with time?

“Remembrance Day is of no consequence to Independent India,” Major General Mrinal Suman says, unequivocally.  This historical amnesia is hardly incidental; it instead remains purposeful in its composition.

“Undoubtedly, the Indian soldiers fought very bravely and have earned laurels for their fighting prowess, they were fighting someone else's war. They were not fighting for their motherland."

This idea shapes the ambivalence in how the military and larger society addresses and responds to their contributions. To valourise soldiers who were fighting someone else’s war would mean carrying forth India’s colonial legacy. Their role in the world wars was then best considered forgotten.

“It is considered a legacy of the Raj and a reminder of the foreign rule,” Mj Gen Suman explains. “Individual bravery displayed by the Indian soldiers in service of a foreign power can never be considered equal to fighting for one's country.”

On its part, India commemorates the wars fought as an independent nation and honours every unit, he says. But, Remembrance Day, or a day to commemorate soldiers who participated in the Great War or WWII, doesn’t echo with a similar nostalgia.

The Prime Minister, on the occasion of the centenary of Armistice Day in 2018, said in a tweet, “This was a war in which India was not directly involved yet our soldiers fought world over, just for the cause of peace.”

India remembers our brave soldiers who fought in WW-1 This was a war in which India was not directly involved yet our soldiers fought world over, just for the cause of peace.

Here is what I had spoken about India and WW-1 during last month's #MannKiBaat. https://t.co/DTdwxxrEK3

This year, India abandoned its tradition of honouring the soldiers who died in the Great War. For 70 years, Indian Prime Ministers have visited the memorial of Amar Jawan Jyoti placed beneath the India Gate to start the Republic Day ceremony. This time, Prime Minister Narendra Modi laid a wreath on the newly-constructed National War Memorial instead.

It was a departure from a century-old British custom. The significance of not visiting India Gate in the national capital cannot be missed: it remains a colonial relic built by the British for those who died in the world wars. 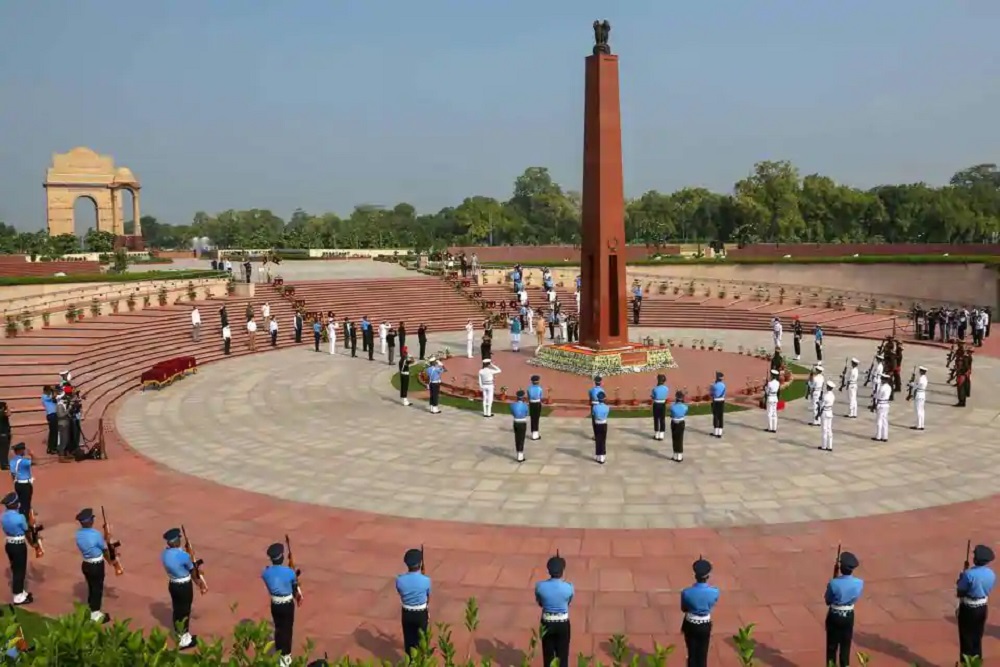 One historian, however, notes that most of the names engraved in the iconic memorial were of those killed during the Battle of Gallipoli against Turkey, where 1,000 Indian soldiers lost their lives. More died in the Third Anglo-Afghan War in 1919 when the ruler Amanullah Khan declared absolute independence from Britain.

The dim light on Remembrance Day is telling of a fraught legacy. But can a culture of remembrance -- mutually exclusive of our colonial past -- be fostered to honour India’s world war soldiers?

“This is an old debate and it's been done and dusted after independence,” Squadron Leader Rana Chinna, associated with the United Services Institution of India, says. “We accepted the fact that service members performed by the Indian Armed Forces, even before Independence, was part of our history.”

He notes two aspects that shape how we remember our soldiers. One is the military understanding of commemoration. The Indian Armed Forces have always been apolitical, he says, and as such pay a tribute to those who fought and died for the honour of their regiments and their country. The other is the political and social prism that recasts much of the cultural discourse. The public memory, or the lack of it, is influenced by the latter.

Moreover, while these soldiers fought under British India, these were lives nourished within Indian roots. The soldiers were enlisted by the Indian polity and fought under difficult circumstances of poverty in alien lands. War and hunger seemed to be an inextricable, inescapable spectre. Even for them, the war was unforgiving and dehumanising, as they followed marching orders.

“Armies don’t drop out of the sky,” he says. “They are built over a long period of time.”

Does he think there’s a connection between India’s postcolonial identity and the lack of enthusiasm to observe Remembrance Day? He answers in the negative, and ascribes it to the general apathy of the masses. We haven’t done enough in honouring their memory, he says.

How a society institutes and looks back at honouring soldiers who have fought and died in global conflicts become an important social fragment. The absence in catering to this speaks of a fundamental flaw, a lacuna in social structures, Chinna adds.

It took almost 70 years for the National War Memorial to be constructed, he says, so one can imagine the cracks in this culture of remembrance. He points to a lack of institutional support to eulogise world war soldiers. One wonders if the institutional gap is a cause or effect of the wanting public memory.

India could do much more in remembering its war dead, he squares up. He suggests initiating a grassroots culture to memorialise fallen soldiers. At the level of schools and colleges, young people should be made aware of the lives lost in the pursuit of freedom. Institutional support would lie at the heart of all this.

“We should be more aware of the history, the culture, the ethos of the Armed Forces, which have served this country very well through the ages,” Chinna says, offering a credo on commemoration.

“To remember those who fought and died, and even those that they leave behind is a debt that the society owes. If we don't pay it, then we will be lacking in our moral duty.”

Chinna is the Secretary of Centre For Armed Forces Historical Research, United Service Institution (USI-CAFHR), a national security and defence think-tank. The organization kickstarted the initiative ‘India Remembers’ in 2018 to extend this culture of remembrance. They have been rallying for marigold to join the legion of poppy flowers -- as a symbol of honour and respect for Indian soldiers. 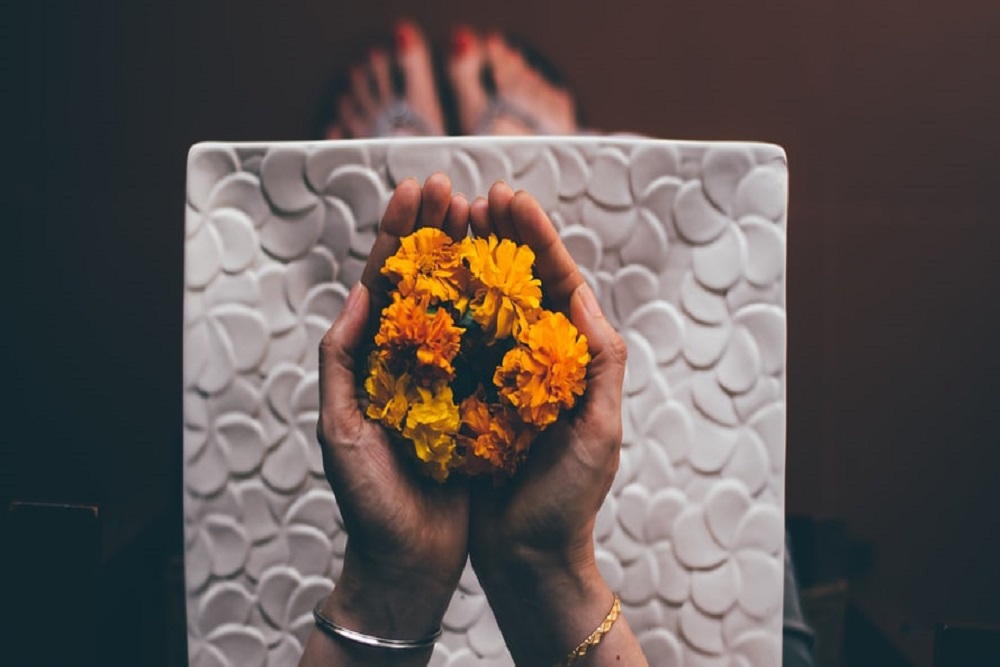 As part of the ongoing remembrance activities, they release five films with veterans of WWII every year. The Remembrance Sunday was observed this year in a socially-distanced ceremony at the New Delhi War Cemetery. They also propose carving December 7, which is the Armed Forces Flag Day, as a day to memorialize all of India's war dead. 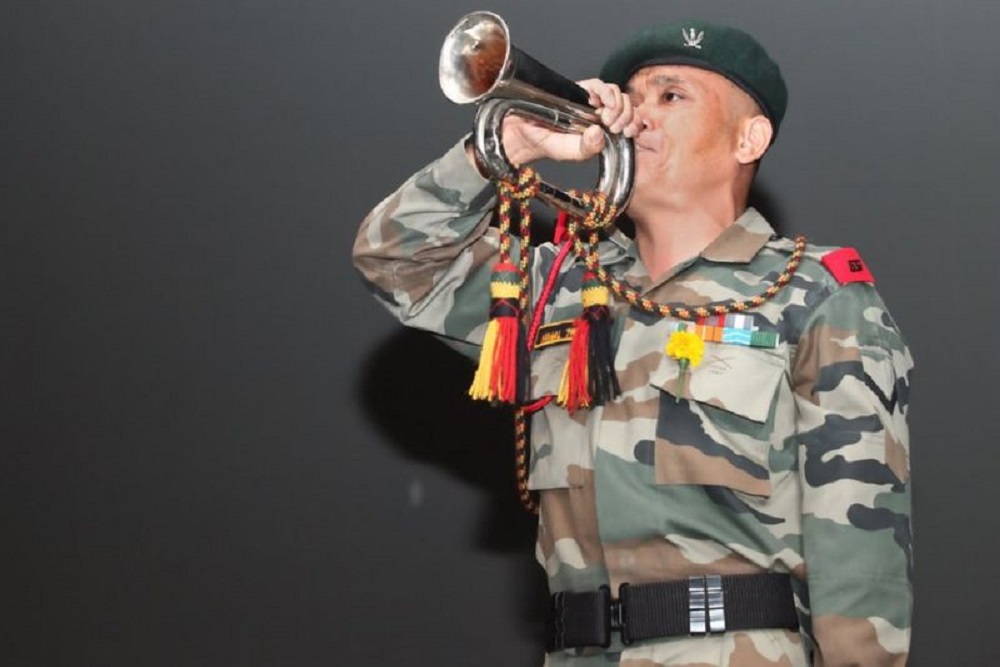 The UK-based Commonwealth War Graves Commission also announced the virtual #ShineOn ceremony this year. They urged Indians to join the global remembrance ceremony to honour the soldiers by naming a star after them.

“Whilst we can’t come together in person, we can still make sure their names burn bright…So, this year, on Remembrance Day, we’ll look up to the stars in our night sky to remember those who fell,” CWGC’s Director General Barry Murphy said.

Last year, the British High Commission organised Remembrance Day service at the Delhi War Cemetery. Prince Charles on his trip to the country honoured the role of Indian soldiers in a visit on November 13, 2019.

Other events include individual tributes, community-organised events, and ceremonies being conducted in some army cantonments. Memorial services are conducted in some churches, and services of remembrances supported by the Indian army are observed at War Cemeteries.

The earliest recorded event honouring India’s world war soldiers is Patna’s tribute under the patronage of the then-Lt Governor of Bihar and Orissa Sir Edward A Gait, 102 years ago. According to rare archives accessed by PTI, food and clothing were distributed to the poor, public buildings illuminated and free cinema shows were screened at Patna’s Bankipore Lawn.

It is a century later, and the valour of Indian soldiers is at the danger of being forgotten. Even Rudyard Kipling seems to have paid heed to India’s might. “Columbus and his men did not confront half the dread possibilities which these men of India prepared themselves to meet,” his words trudge forth from the previous century.

A long-due introspection seems to be harking from the shadows -- do we dare remember and reflect?