Aishwarya hanged herself over financial hardships 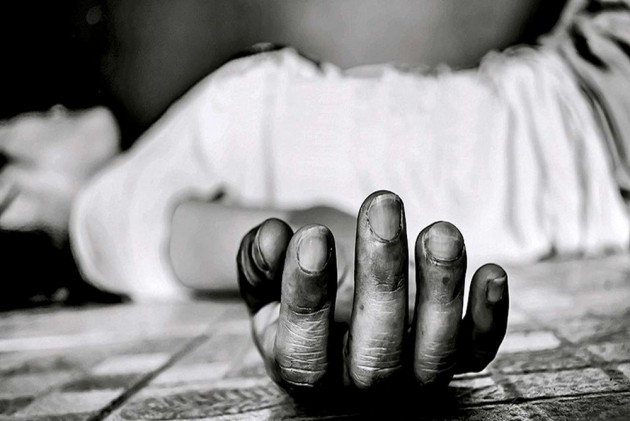 A student of Lady Shri Ram College for Women in Delhi,  Aishwarya died by suicide on November 3 after failing to receive an installment of her scholarship that was due in March.

A resident of the Rangareddy district in Telangana, her father said she was an IAS aspirant but the family was unable even to buy her a second-hand laptop to pursue online classes during the ongoing pandemic.

Aishwarya was the state class 12 examination topper and had mortgaged her house to fund her higher education. In her suicide note, the 19-year-old said that she did not want to burden her family and did not want a life without education.

According to local police, Aishwarya, a BSc Mathematics (Honours) student, hanged herself at her home in Shadnagar on November 2. The family said she left behind a note written in Telugu. “Because of me, my family is facing many financial problems. I am a burden to my family. My education is a burden. If I can’t study, I can’t live,” the note reads.

While members of the Congress-affiliated National Students' Union of India (NSUI) protested outside the residence of Union Education Minister Ramesh Pokhriyal "Nishank", the Left-affiliated All India Students 'Association (AISA) staged an agitation outside the Delhi University's Arts Faculty.

According to the police, seven NSUI members were detained for a few hours and a case was registered against them under the Disaster Management Act.

"Scholarships are to reward a student's academic achievement and educational prowess. Be it while starting your career or studying in high school to grow new abilities, receiving a scholarship is a prominent achievement. The Indian education system begets issues in it. One of the major issues is the increase in the cost of college, school and university fees," NSUI national secretary Lokesh Chugh said.

"The student from Telangana committed suicide after being denied scholarship for over a year by the government. She had written to the administration about the problems she was facing but unfortunately, received no response from the authorities. This is just a recent example of how imperative scholarships are for students. When the government delays the provision of funds to students, it puts them and their families under immense pressure," he added.

LSR principal Suman Sharma, however, denied that the student had reached out to the college authorities.

"We have a counsellor at the college to help students if they are facing any challenges emotionally or mentally. However, nobody knew about her state of mind. It is unfortunate, we wish she had reached out either to her teachers or the counsellor or anybody in the college," she said.

The All India Democratic Women's Association (AIDWA) said "in a country where the gross enrolment ratio of girl students into higher educational institutions shows a pathetically skewed figure, a girl such as the LSR student, who struggled to reach Delhi with the dream for education, has been killed".

"We believe that the present government ruled by the BJP not only has been criminal in its actions towards Indian students and citizens, but has eroded all principles of justice and equality. It is consistently trampling upon the lives and livelihood of poor people in the country. It is therefore important to rise up against the policies and actions of the government," it said.

The student Union representative Unnimaya told Outlook that Aishwarya was residing in a college hostel, however, the LSR authorities decided to convert it into a first-year student hostel. Aishwarya, a second-year student, was asked to vacate the hostel. Her parents had to arrange Rs 30,000 to get her tickets booked back for Delhi. “Her younger sister also had to drop out of school so that Aishwarya could continue her studies.”

“In a survey conducted by LSR student Union, Aishwarya had clearly mentioned that she does not have a laptop and proper electricity at her home. We tried to bring this to the Principal’s attention, however, there was no response from her side,” Unnimaya said.

Earlier, after actor Sonu Sood had tweeted about his scholarship initiative for students, Aishwarya wrote an email to him on September 14, attaching her certificates as proof. “I don’t have a laptop and I am unable to do practice papers. I am afraid I may fail in these papers. Our family is completely in debt so there is no way to buy a laptop…I am not sure whether I will be able to complete my graduation,” the email read.