From June 1, when relaxations were introduced under Unlock-1, the country has reported 3,76,305 cases. 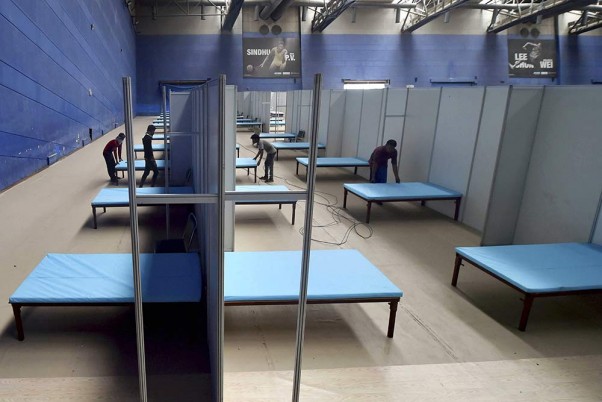 As Unlock-2 begins from Wednesday, India's COVID-19 tally climbed to 5,66,840 with nearly 66 per cases reported in June alone, and a concerned Prime Minister Narendra Modi said it is a cause of worry that people are not strictly adhering to rules and precautions as they did during the lockdown.

From June 1, when relaxations were introduced under Unlock-1, the country has reported 3,76,305 cases. Maharashtra, Tamil Nadu, Delhi and Gujarat account for nearly two-third of the total cases till now.

Speaking on the coronavirus situation, Prime Minister Modi, in his address to the nation on Tuesday, said India is in a better position compared to many countries of the world, as timely imposition of lockdown and other decisions have saved lakhs of lives.

He, however, lamented that there is an increasing "negligence" in personal and social behaviour during the easing of restrictions and urged them to be more vigilant.

"We have also seen that since 'Unlock-1', there is increasing negligence in personal and social behaviour. Earlier, we were very careful with respect to wearing of masks, social distancing and washing of hands for 20 seconds. But today, when we need to be more careful, increasing negligence is a cause of worry," he said and urged the people to follow all necessary precautions.

He emphasised on strict enforcement of rules, especially in containment zones.

"Those not following the rules will need to be stopped and cautioned," he said, stressing "be it a village pradhan or the prime minister, no one is above the law in India".

"As the country enters Unlock-2, we are also entering the season of increasing cases of cough, cold and fever. I, therefore, request all of you to take special care of yourselves," he said.

The prime minister also reviewed vaccine development efforts as well as India's preparations for vaccinating its vast population once it is available and asserted that vaccination must be affordable and universal.

With 18,522 people testing positive for coronavirus, it was the seventh day in a row that over 15,000 cases have been reported in the country. The death toll rose to 16,893 after 418 new fatalities.

India is the fourth worst-affected country after the US, Brazil and Russia.

"Thus, around 59.07 per cent of patients have recovered so far," an official said.

Maharashtra remained the highest contributor to the single day rise in cases, registering over 5,200 coronavirus infections, according to Union Health Ministry.

Recording nearly 4,000 cases in the last 24 hours, Tamil Nadu has again surpassed Delhi to regain the second spot among the list of worst-hit states by the pandemic.

Tamil Nadu Higher Education Minister K P Anbalagan has tested positive for coronavirus, according to hospital in Chennai. It said he is "very stable and all vital parameters are normal."

Delhi saw an increase of 2,084 cases. The coronavirus recovery rate in the national capital reached 66.03 per cent on June 29.

In June, the national capital added over 64,000 fresh cases to its tally, while over 47,357 patients recovered, were discharged or migrated.

The Union Health Ministry lauded the work of 1.6 lakh accredited health workers, ASHA, in tracking over 30.43 lakh migrants who returned to Uttar Pradesh during the COVID-19 lockdown and assisting the state government in contact tracing and community surveillance.

The Tripura government said it is not thinking of extending the coronavirus lockdown as the situation in the state is "stable".

"Even though the lockdown has been extended in three northeast states -- Assam, Manipur and Meghalaya -- we are not thinking on that line now. Our condition is stable and our frontline workers are doing a commendable job," Education Minister Ratan Lal Nath said on Tuesday.

Arunachal Pradesh reported 187 cases, Mizoram has 148 cases, Andaman and Nicobar Islands has 90, Sikkim has registered 88 infections so far, while Meghalaya has recorded 47 cases.

The government on Monday issued guidelines for the month-long 'Unlock 2' beginning July 1, during which more domestic flights and passenger trains will be allowed in a calibrated manner, but educational institutions, Metro Rail services, cinema halls and gyms will remain shut.

Night curfew shall remain in force between 10 pm and 5 am, except for essential activities.

Meanwhile, a special Air India flight carrying 144 Indian students, who were stranded in Ukraine due to the coronavirus-induced restrictions, landed at the Indore airport in Madhya Pradesh on Tuesday morning, an official said.