In Touch With Imams, Swamis To Find A Settlement To The Ram Temple Issue, Says Art Of Living's Ravi Shankar

The Foundation, however, said it was too early to draw any conclusions and that these discussions were not done on behalf of the government. 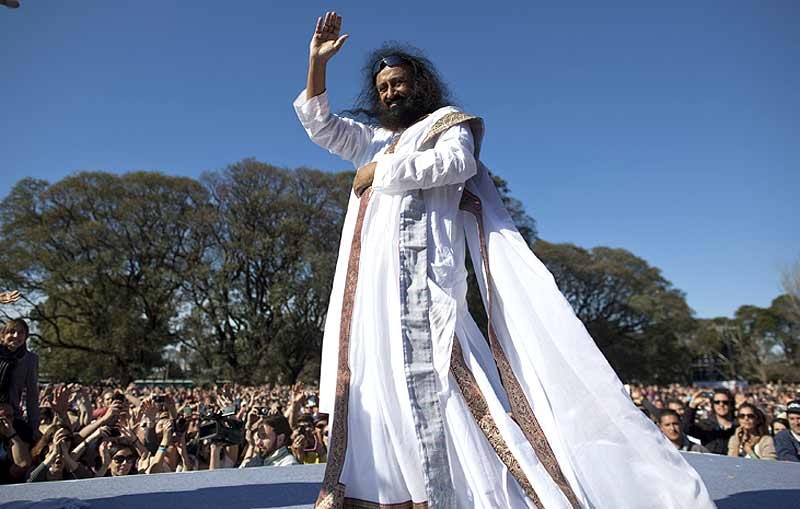 The Art of Living Foundation has said that its founder Sri Sri Ravi Shankar has been in touch with several imams and swamis, including Acharya Ram Das of Nirmohi Akhara, to help find an out-of-court settlement to the Ram temple dispute.

The Foundation, however, said it was too early to draw any conclusions and that these discussions were not done on behalf of the government.

"Ravi Shankar has been in touch with several imams and swamis, including Acharya Ram Das of Nirmohi Akhara," the Art of Living Foundation said in a statement here.

"Gurudev Sri Sri Ravi Shankar is of the view that the prevailing mood on the Ram Mandir issue provides an opportunity for people from both communities to come together, show their magnanimity and settle the dispute out of court," it added.

The Foundation said these discussions, not done on behalf of any government or organisation, had brought to the fore the positive energy and willingness of leaders from both communities to move forward and arrive at an amicable solution.

However, the All India Muslim Personal Law Board (AIMPLB) has reportedly denied holding any meeting with Ravi Shankar.

The Board yesterday said it was ready to talk to Ravi Shankar if he wanted, for they would not have any issue in having a conversation and in helping find a solution.

The Allahabad High Court, in 2010, had ruled a three-way division of the disputed 2.77-acre area at Ayodhya among Sunni Waqf Board, Nirmohi Akhara and Lord Ram Lalla.

The Supreme Court decided to reopen the hearing after based on 13 appeals filed against the 2010 judgement in four civil suits. It is all set to hear the historic Babri Masjid-Ram Temple case from December 5.