I Wouldn’t Call Rahul A Ladka, Says Amit Shah About Congress VP Who Is 6 Years His Junior

"Till what age do you consider someone a ladka?" 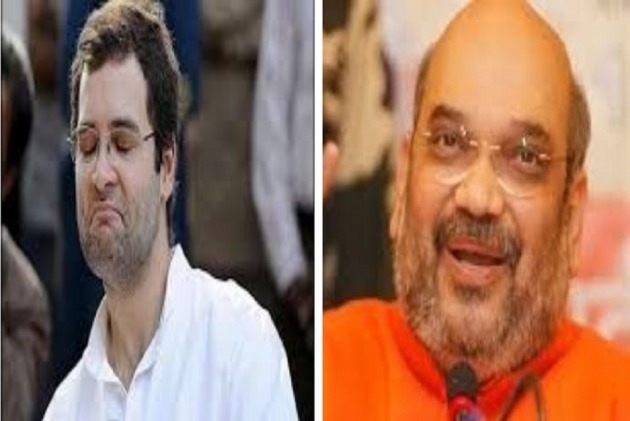 The 53-year-old national president of BJP doesn’t think it is okay to call the 47-year-old would-be president of Congress a ladka (boy).

"Ladka?" he quipped on Wednesday when asked why "united boys" are after the party in poll-bound state of Gujarat, reported The Telegraph.

At a conclave organised by a news channel in Ahemdabad, Shah was answering a question on how Gujarat polls have brought together young leaders like Hardik Patel, Jignesh Mevani, Alpesh Thakore close to Rahul Gandhi.

He said: "I don't know if you consider Rahul a ladka or not. In UP, I did not want to ask the age because I have maintained the standards of public life.... But I can ask, till what age do you consider someone a ladka?"

Shah, a diabetic who loves banana, is just 6 years older to Akido-expert Gandhi. Shah said he should be kept out of the league and that he harboured no such illusion, said the report.

The two-phase Gujarat elections will take place on December 9 and 14, while the result will be out on December 18.

The Congress has been trying to stitch together an opposition to beat the BJP which has ruled in the state for the past 22 years.Dalit leader Jignesh Mewani is contesting as an independent with the backing of Congress, Alpesh had joined the Congress recently and Hardik continues to keep congress on the tenterhook regarding support.