'I Saw Modiji's Speech, 60% Of It Was About Congress, Not Future Of Gujarat': Rahul Gandhi

He said if the Congress forms government in the western state, it will not take decisions like the (GST) "Gabbar Singh Tax" and demonetisation. 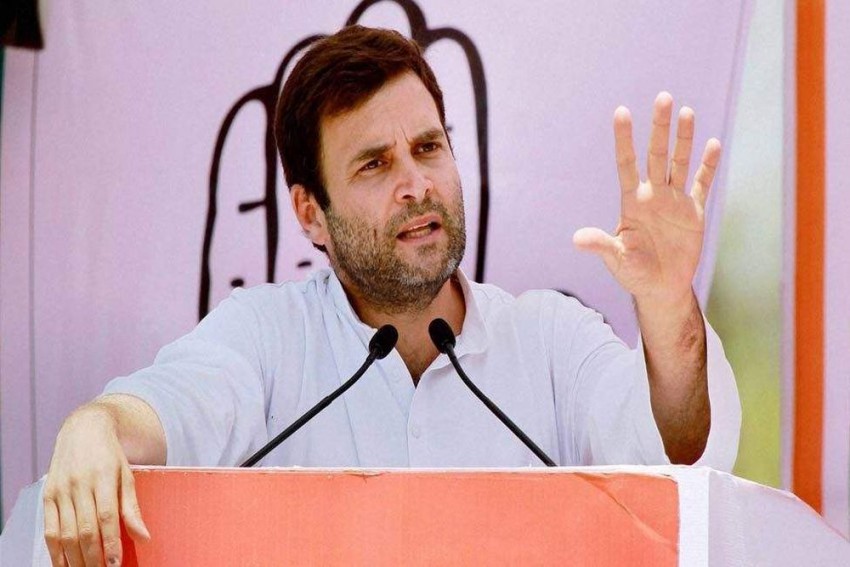 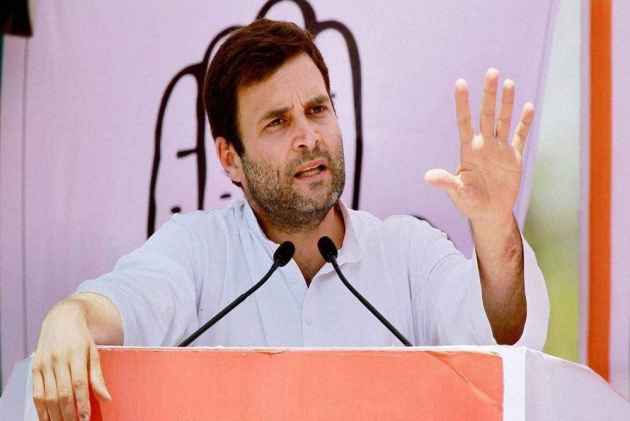 Congress vice president Rahul Gandhi on Tuesday lashed out at Prime Minister Narendra Modi, saying he mostly talked about the Congress in his speeches as he had no plans for poll-bound Gujarat's future.

Gandhi also promised a "golden future" for the people of Gujarat, and said if the Congress forms government in the western state, it will not take decisions like the (GST) "Gabbar Singh Tax" and demonetisation.

Modi has been strongly criticising the Congress and its policies while on campaign trail in his home state, where the first phase of polling will take place on Saturday.

He said the Assembly election was neither about the BJP nor Congress, neither was it about Narendra Modi or him.

"This election is about just one thing, and that is the future of the people of Gujarat. And in his entire speech, Modiji did not talk about your future, as to what the BJP wants to do for you in future," he told the gathering.

Gandhi, who is set to take over the reins of the grand old party, out of power in the state for 22 years, over the next few days, said the prime minister was not talking about his party's future vision for Gujarat because the reality of "Modi model" of development was far removed from what existed on the ground.

"You (people of Gujarat) told me things that are different from what was told by the BJP. This is why Narendra Modiji only talks about the Congress party for 60 per cent of his speech," Gandhi said.

Gandhi promised a "golden future" for the people of Gujarat if Congress came to power in the state.

He said the Congress' manifesto released yesterday contained the "voice of the people of Gujarat".

"We framed a manifesto. And this is not the manifesto of the Congress party. It contains the voice of the people of Gujarat. We went to all sections of society and asked what we can do for you before framing the manifesto," he said.

Targeting the prime minister over granting land to Tata Motors for its Nano car project, Gandhi said, while Modi's "industrial friends" got electricity, land and Narmada water at "throwaway" price, farmers were being deprived of these necessary inputs.

He said that while Modi talked about corruption in his speeches, he remained silent over (BJP chief Amit Shah's son) Jay Shah's "corruption" and Rafale fighter jet deal.

"Truth cannot remain hidden. Rafale and Jay Shah matters are just the beginning. There are many more bigger questions that will come up before the people of the country and Gujarat," the Congress leader said.

Gandhi was scheduled to hold four rallies in Gujarat today. However, except for the one in Anjar, the rest in in Morbi, Dhrangadhra and Surendranagar were cancelled due to the impending landfall of cyclone Ockhi.