Home  »  Website  »  National  » Reportage  »  I Am The PM Who Hasn't Even Seen World Bank, Earlier People In My Position Had Run It: Modi Lashes Out At Opposition

I Am The PM Who Hasn't Even Seen World Bank, Earlier People In My Position Had Run It: Modi Lashes Out At Opposition 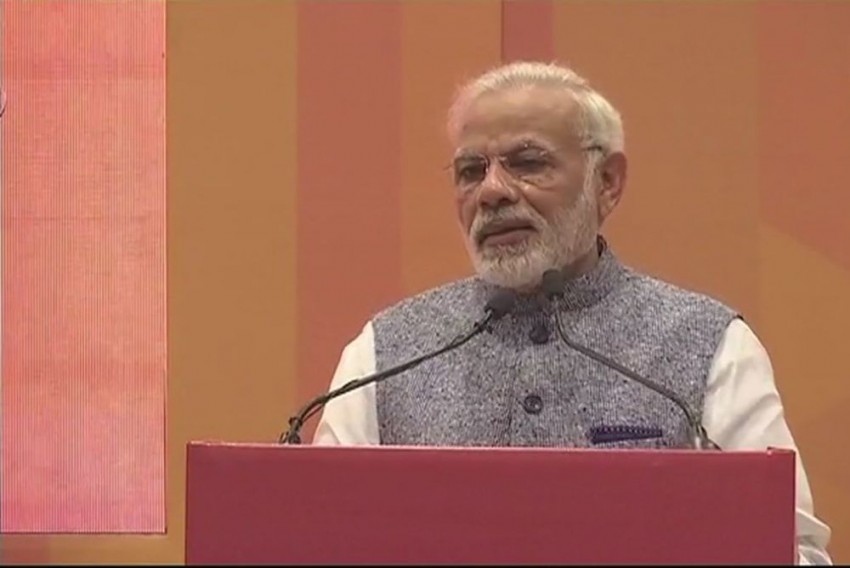 Courtesy: Twitter/ANI
Outlook Web Bureau November 04, 2017 00:00 IST I Am The PM Who Hasn't Even Seen World Bank, Earlier People In My Position Had Run It: Modi Lashes Out At Opposition 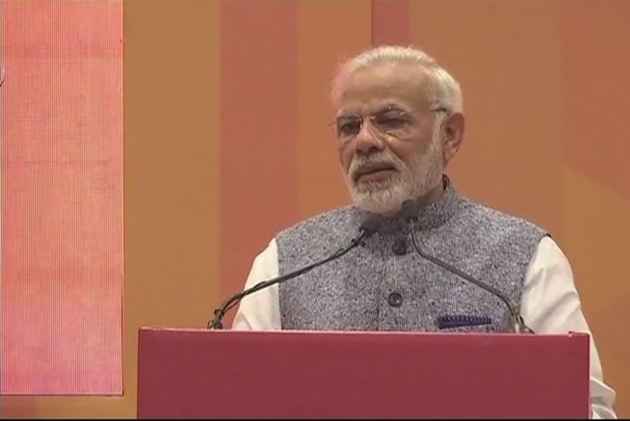 Prime Minister Narendra Modi on Saturday took a dig at the Congress party for their remark on 'ease of doing business', saying the party failed to understand what coming down to 100 from 142 in the World Bank's list means.

While speaking at 'India's Business Reforms' session in the national capital, the Prime Minister said if the United Progressive Alliance (UPA) government would have done some work when they were in power, then India would have achieved this milestone long back.

"There are some people, who do not understand what improving from 142 to 100 means. They are those people who have been a part of the World Bank. They are still raising question on its ranking," Prime Minister Modi said without directly referring to the Congress party.

Taking a dig at the opposition leaders for doubting the ranking, he said those who worked with World Bank are now doubting its ranking.

"Mai aisa PM hoon jisne World Bank ki building bhi nahi dekhi hai,jabki pehle World Bank ko chalane wale log yahan baitha karte they (I am the PM who has not even seen the building of the World Bank whereas people working in the World Bank used to be in the position), he said.

"They didn't do anything, and now the one who is doing something is being questioned. Coincidently, the World Bank started this ease of doing business ranking process in 2004. The year is very crucial and everyone knows who was there in power till 2014," he added.

He further said, rather than criticising this achievement, the parties should come together with a new energy and move forward to make a 'New India'.

The Prime Minister's remark came days after the Congress party dismissed the World Bank report on India's improved 'ease of doing business' and mocked the National Democratic Alliance (NDA) government over the same.

While addressing a rally in Gujarat, Congress vice president Rahul Gandhi on November 1 said there is nothing like 'ease of doing business in India' as Goods and Service Tax (GST) and demonetisation have ruined everything. He said such improved ranking is good, only for making Finance Minister Arun Jaitley happy.

On the same day, Arun Jaitely took to his Twitter handle to slam Rahul for his remark and said that the country has moved from "ease of doing corruption" during United Progressive Alliance (UPA) governments supervision to "ease of doing business." (ANI)