A small Kerala pocket with big cultural heritage is celebrating its association with three Kathakali icons. On the occasion, a look at multi-faceted Sadanam K. Harikumaran’s sculptures of Kalamandalam Ramankutty Nair, Vazhenkada Kunchu Nair and Keezhpadam Kumaran Nair, among others: 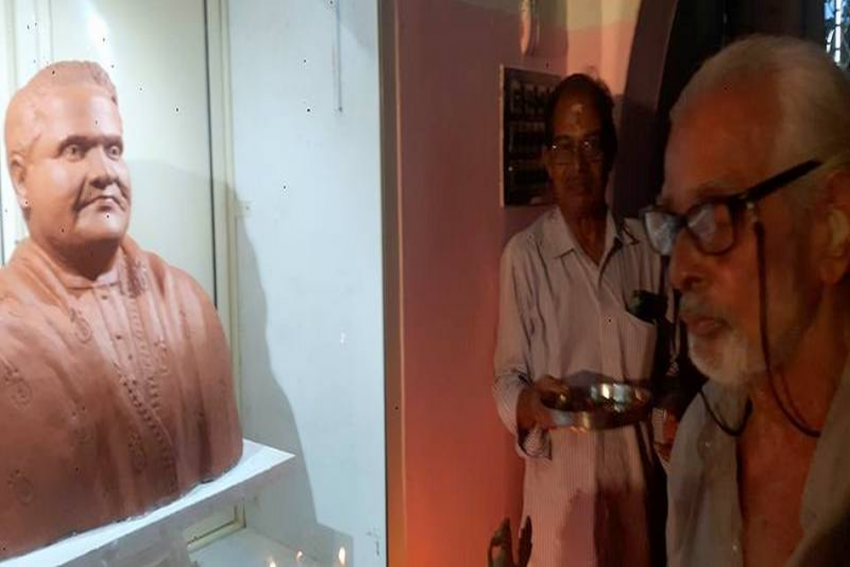 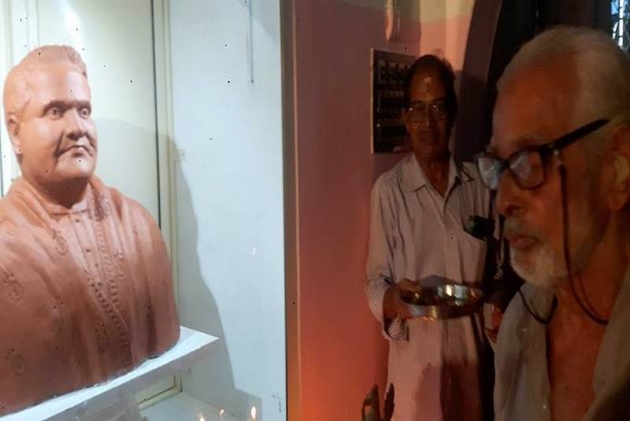 The terracotta sculpture appears red, which is the colour of the earth in this semi-hilly stretch of God’s Own Country. Together, they seem to silently proclaim an organic link between Kathakali and the classical ballet’s evolution in north-central Kerala’s erstwhile Valluvanad fiefdom.

Last evening, one of the state’s revered dancer-actors virtually got a fresh lease of life when a terracotta work of the maestro’s bust was unveiled in his native west Palakkad belt. As the baked-clay face of Vazhenkada Kunchu Nair was unveiled under the aegis of an organisation named after him, culture buffs of the new age now get a chance to effectively take a close look of the 20th-century Kathakali artiste celebrated for his thorough character enrichment in the feudal-era art-form. 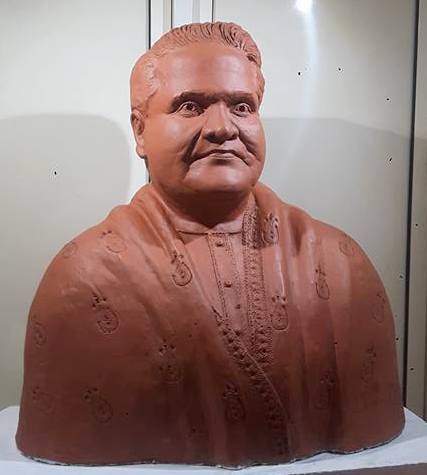 The weekend gathering at the Vazhenkada Kunchu Nair Memorial Trust saw nonagenarian Artiste Namboodiri gracing the occasion and lauding the efforts of Sadanam K. Harikumaran in lining up in recent times half-a-dozen sculptures of top cultural figures of yore. Incidentally, it was Namboodiri (now 92, his name is K.M. Vasudevan) who unveiled Harikumaran’s first statue of its kind almost a quarter century ago. That was at Sadanam Kathakali Akademi east of Ottapalam in 1994, when a much younger Harikumaran came up with a terracotta face of Pattikamthodi Ravunni Menon (1880-1948), who strengthened and refurbished the dance-drama’s Kalluvazhi style that now the most popular of all variations.

Till date, Harikumaran has come up with another six contemporary-Kerala cultural personalities—five of them associated with Kathakali. It was after a break of one-and-a-half decades, though, that Harikumaran—a PhD holder who is dancer-choreographer, lyricist-musician-composer, story-play writer and painter-sculptor—completed his second bust in what went on to become a series on Pattikamthodi disciples.

That was of Keezhpadam Kumaran Nair, who was Harikumaran’s own Kathakali guru. Then there have been the busts of Kalamandalam Ramankutty Nair and Thekkinkatti Ramunni Nair, who, too have been associated with Sadanam at riverside Peroor village. Plus, the 1953-opened institution’s (late) founder K. Kumaran, who is Harikumaran’s father. Also Harikumaran’s mother Sarojini Amma, belonging to the family of cultural activist Kakkad Karanavappad (or Manakkulam Valiya Kunjunni Raja) who was instrumental in setting up Kalamandalam, the state’s premier performing-arts institute (in 1930). Not to be forgotten, Harikumaran recently did a sculpture of music teacher C.S. Krishna Iyer, a senior Carnatic musician who had groomed Palakkad K.V. Narayanaswamy among other top-rankers. And, the latest, of Kunchu Nair.

“When my Pattikkamthodi statue was unveiled, three of his disciples on the occasion bowed before it—and paid homage,” recalls Harikumaran, principal of Sadanam (also his alma mater). “They could easily identify it with their guru. That they prostrated before the statue is proof to my work’s success.” 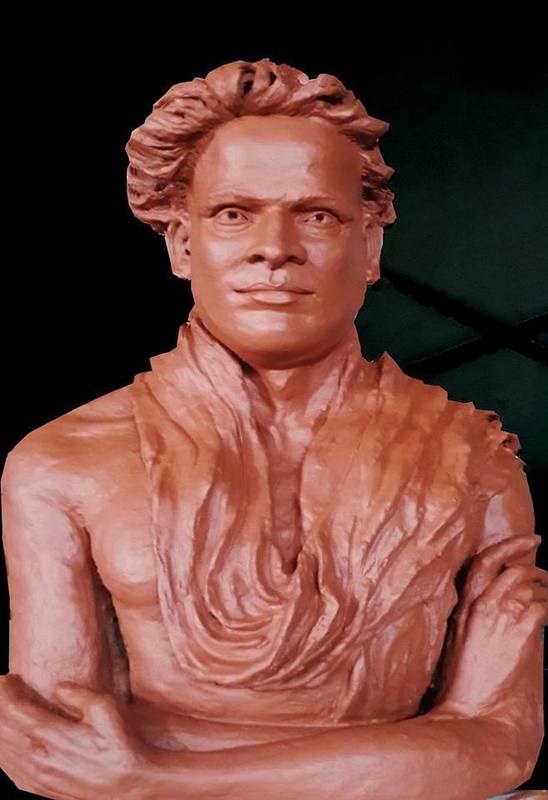 Prime among Pattikkamthodi’s pupils was Kumaran Nair (1916-2007), who shaped up Harikumaran’s talent as an actor-dancer. “My master had his bad times, too,” trails off the student, now 60, whose trysts with terracotta sculptures began three decades ago when he was a lecturer (for four years) in the Kathakali department of Santiniketan in West Bengal. “Ashan once took me out on a pilgrimage to Travancore temples. At some shrines, below the ceremonial flag-post facing the sanctorum, he’d dance bare-chested before the idol. Those days, I wasn’t mature enough to sense what all troubled him.” Today (May 25), Kumaran Nair’s Vellinezhi village is hosting a commemoration studded with a night-long Kathakali show. 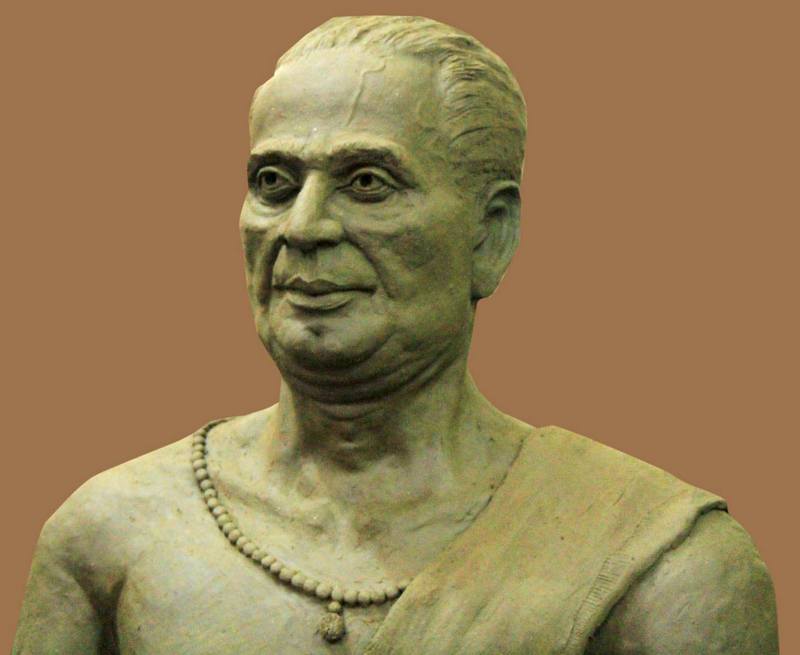 As for Ramankutty Nair (1925-2013, also from Vellinezhi), he had his younger and older days closely associated with Sadanam: first as a tutor and the second stint as Sadanam chairman (after his 1984 retirement as principal of Kalamandalam at Cheruthuruthy near Shoranur). “Towards the evening of his life,” recalls Harikumaran about the Padma Bhushan awardee whose 93rd birth anniversary fell this May 25, “there developed a very close relation between us. It was spiritual experience to see his celebrated toughness eventually mellow down to childlike innocence.” 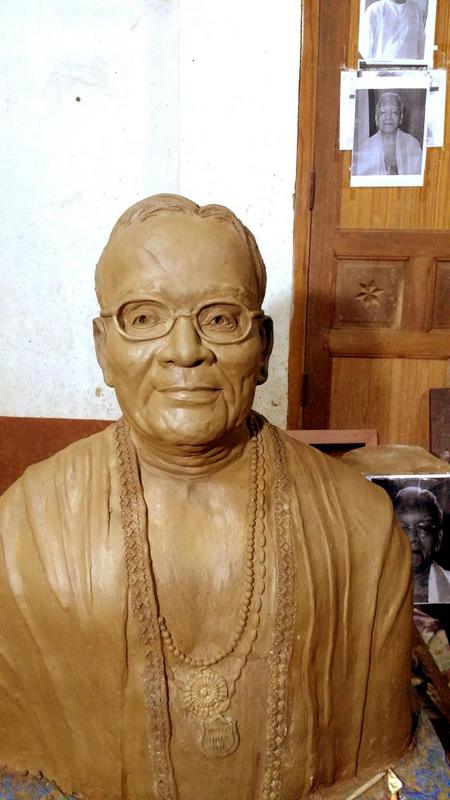 Ravunni Nair, who taught at Sadanam in the 1950s to mould disciples like Krishnankutty, Ramankutty and Balakrishnan, never won the recognition he deserved, rues Harukumaran, who has authored a dozen Kathakali story-plays (also focusing on tragic Purana heroes like Karna and Abhimanyu). At an aristocratic mansion in scenic Vellinezhi that is the homestead of Kalluvazhi-style Kathakali, its privileged-caste owners ordered to hold the curtain amid a Ravunni Nair performance so as to hasten the entry of a star actor who they preferred to watch that night, he recalls. 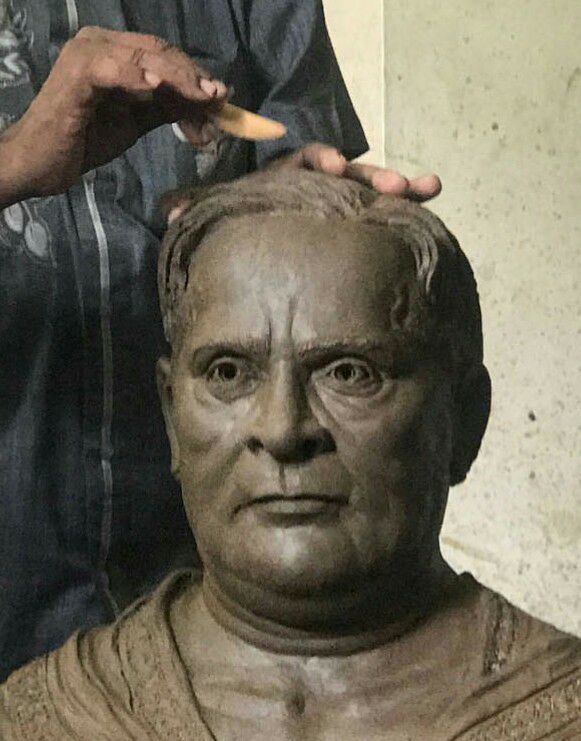 Kalpathy off Palakkad is to where Harikumaran used to ride his bike 30 km eastward from his Pathiripala residence to take advanced lessons in Carnatic vocal under Krishna Iyer (1916-99, an alumnus of Annamalai Music College). “Great gurus teach you not just their art; they give you a vision about life,” he says, cryptically, equalling reminiscing the struggles of his parents in building up Sadanam in nascent India. 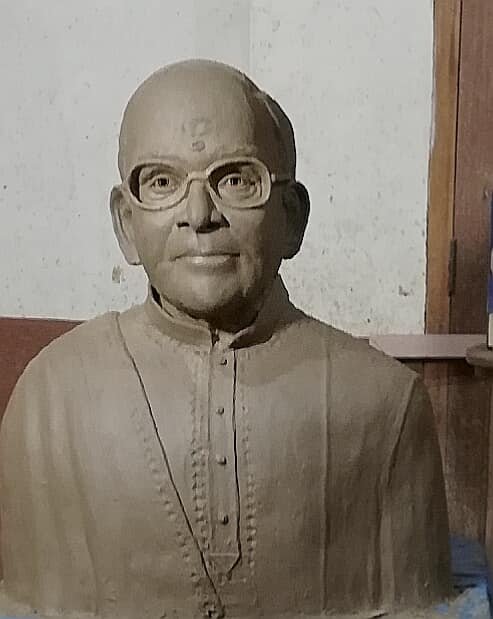 Kumaran, Harikumar’s father who died in 2005 as an octogenarian, was a freedom fighter. “At Santiniketan where I joined as a teacher in 1989,” recalls Harikumaran, famed painter “K.G. Subrahmanyan (1924-2016) realised to his joy that I was a son of his jail-mate during the Independence movement.” At Nobel laureate Rabindranath Tagore’s institution, quite a few fellow masters and students encouraged Harikumaran’s talent as a sculptor. 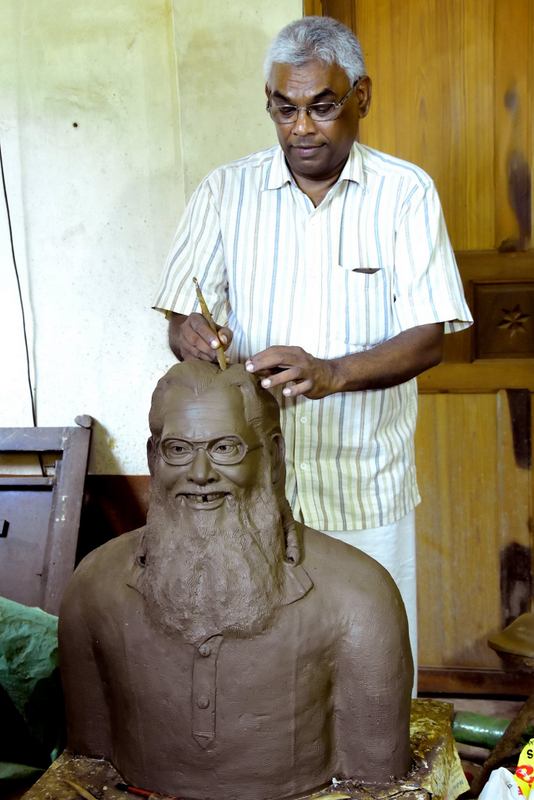 “Overall, I owe my life to a lot of geniuses,” he says today, a night after the unveiling of the statue of Kunchu Nair (1909-81), with whom he had performed on stage in minor roles and whose performances form part of his childhood Kathakali memories. “At last evening’s function, Kunchu ashan’s family told me that they felt their father figure having got a rebirth. One son even said he even had a ‘conversation’ with his father’s statue.”

The eyes form key to the looks of a person. More so for an artiste of Kathakali that relies heavily on facial expressions. “With the Kunchu Nair bust, I could get it done in just a fortnight,” says Harikumaran. “Sometimes it clicks much quickly than we anticipate.”