Home  »  Website  »  National  » Reportage  »  'How Can Anybody Do Such Heinous Act Against A Living Form Of Mata', Says Mehbooba On Kathua Incident
Rape In India

'How Can Anybody Do Such Heinous Act Against A Living Form Of Mata', Says Mehbooba On Kathua Incident 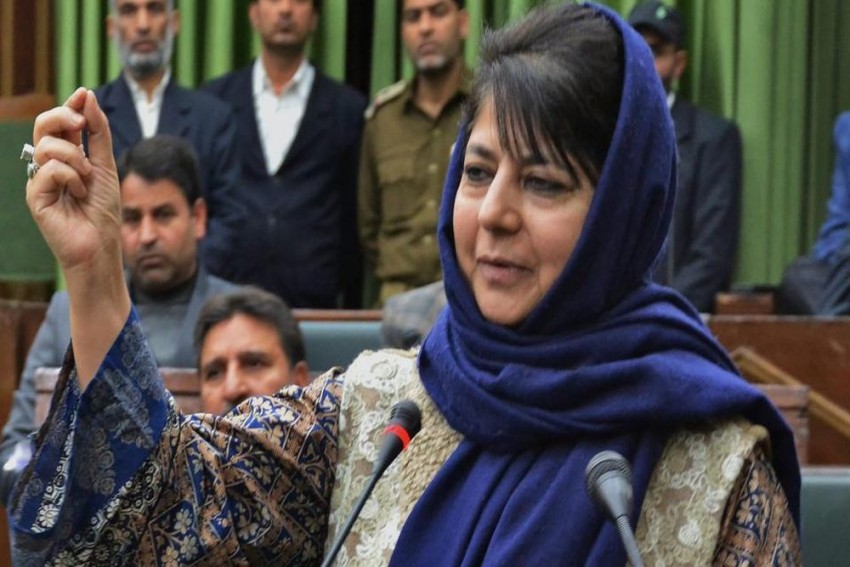 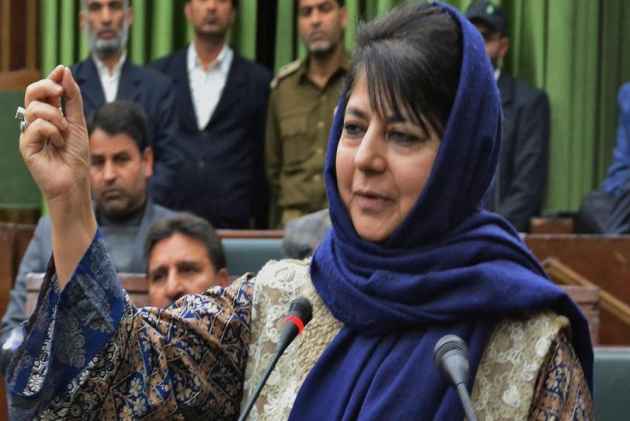 Terming the Kathua rape-murder incident as "alarming", Jammu and Kashmir Chief Minister Mehbooba Mufti today expressed anguish that "a living form of the Mata" has been subjected to such "heinous" act in the land where girls are worshipped as a manifestation of Goddess Durga.

Addressing the sixth convocation at Shri Mata Vaishno Devi University here , the chief minister said the heinous act of the perpetrators "has shocked us as a society" and showed that the value system was facing a crisis.

She batted for inclusion of value education in curriculum, saying "our material growth becomes meaningless, if we are not able to become a good human beings".

"The entire set of rituals are practised in this part of the state (Jammu) as Kanya Puja, where minor girls have been worshipped as incarnation of Goddess Durga. How could anybody do such a heinous act against one such living form of 'Mata' in her own land", the chief minister said referring to the Kathua rape victim.

She said that Trikuta hills are known as the abode of Goddess Mata Vaishno Devi and are the best testimony of this society and how they are treating the females.

"When we talk of value system, I feel it is under crisis. The recent happening against a weaker underprivileged individual, especially a girl child, was alarming and has shocked us as a society," she said, adding " there is something seriously wrong in our changing life system".

"Our material growth becomes meaningless, if we are not able to become a good human being with compassion and humanity, inclusive sense and set of values which can distinguish us as a civilized society," she added.

An eight-year-old girl was kidnapped on January 10 and her body was found on January 17 in the Kathua district. During investigation, the state police's crime branch alleged she was drugged and repeatedly raped before being killed. Eight persons, including a juvenile, were arrested in connection with the crime and their trial began yesterday in a court, where they pleaded not guilty. The incident has sparked outrage in the country.

Mufti said apart from imparting scientific and technological knowledge, a university has to inculcate a value system among students.

"Historically we have been known the world over as a creative society but that recognition is lost now," she lamented, adding the endeavour of her government is to change the situation and "create a knowledge-based society".

"We must also make value education as integral part of our curriculum," she said asking the universities to act as nurseries of good citizens and not mere examining bodies that distribute degrees.

She asked the students to innovate and do things differently in order to bring around change for the better.

The chief minister said stress should be laid on developing a value system "free from aberrations and excesses against the weak".

“When we talk of value system, I feel it is under real crisis. The recent happenings against weaker and underprivileged, especially the females are alarming and have shaken us as a society," she said.

"While the endeavour to create a knowledge-based society must be there, we must also make value education an integral part of all our learning efforts," she said.

The chief minister said Jammu and Kashmir has traditionally been a fountain of knowledge and spirituality and cited Sharda Peeth and Shahdara Sharief, saying they reflects "our deep commitment to knowledge, scholarship and tolerance for differences and ideas".

Welcoming the President on the occasion, Mehbooba Mufti said "his life, work and struggle represent the best combination of scholarship, talent and wisdom".

His struggle, against all odds, proves that with hard work, our country offers the very best opportunities to succeed, even to the most deprived sections of our society, she added.

Complimenting the University administration for its academic excellence, the chief minister said Shri Mata Vaishno Devi University is playing a key role in the transformation of the state into a knowledge economy and society.

She pledged support to the University in its mission to pursue education and research. Congratulating the graduating students on the occasion, Mufti said she visualizes the university, as part of a rich legacy and composite heritage, ushering the state and the society into a new world of peace and prosperity.