HC decides to keep the matter of Jat reservation in abeyance until March next year... 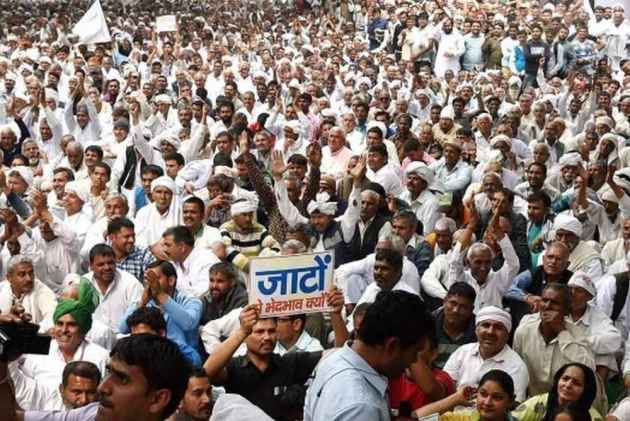 The High Court of Punjab and Haryana has referred the Jat community's demand for reservation to a government panel, the National Commission for Backward Classes, which has to submit its responses on the demand by March 18 next year.

This National Commission for Backward Classes, has been reconstituted specifically to examine various demands from backward communities, or OBCs, for quota benefits. Along with the Jats, several other groups are seeking reservations in Haryana and across the country.

At the same time, recently, the Union cabinet took a decision to sub-categorize quotas within OBCs. This means that within the 27 per cent reservations given to backward classes different OBC communities will get separate allocations. This can be seen as a 'quota within quota' system and it's contours are still being worked out.

This is why the HC would have decided to keep the matter of Jat reservation in abeyance until March next year.

Just last week the central government had announced that OBCs with annual incomes of up to Rs 8 lakh can avail of job reservations. The earlier limit was Rs 6 lakh per annum. There had been several demands to raise this limit from all OBCs.

All three factors -- the newly constituted panel, the Cabinet decision and the fresh income bar -- would have guided the High Court of Punjab and Haryana in its decision to refer the Jat case for reservation back to the government.

The UPA government had cleared reservations for Jats at the Centre days before its term came to an end in 2014. This decision was struck down by the Supreme Court. The Haryana government had then cleared a new law that created a fresh sub-category within OBC reservation. The Jats, along with four other OBC groups, were granted reservations at the state level under this new category, called Backward Classes (C).

In the High Court of Punjab, where this decision was disputed, the Manohar Lal Khattar-led state government has been supporting reservations for Jats along with the Rors, Tyagis and Mula Jats in the state.

The state had argued that the Supreme Court had only barred the central government's notification approving Jat quota at the centre.

The state had also argued that since a separate act had been passed by the Haryana legislature clearing Jat reservations, it should not be disputed.

The High Court on September 1 accepted the validity of the Haryana Act granting Jats reservation. However, it has referred the matter to the OBC Commission, which essentially puts the ball back in the government's court -- just like the 2014 situation.

For the last two and a half years, Jat reservation in Haryana has been put on hold by the High Court.