Training guns on the ruling BJP government, Dangi said: 'The government has done nothing on the ground in the last five years. They have only talked about it in the media'. 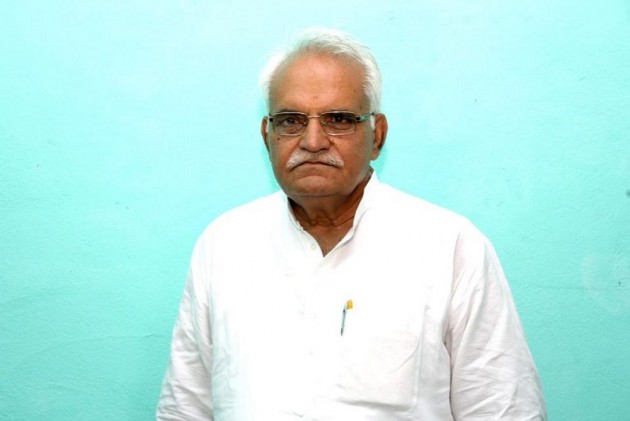 A Congress MLA from Haryana filed his nomination papers on Tuesday even before the party released the list of candidates for the elections to the state assembly.

Anand Singh Dangi, the sitting MLA from Meham, said he need not ask anyone for the ticket contest polls.

"I need not ask anyone for a ticket, and I am certain that I will win. There is no competition against me. I have huge support in the constituency," said the Maham MLA after filing his nomination.

He also, jokingly, said if anyone else needed a ticket they could let him know.

Training guns on the ruling BJP government, Dangi said: "The government has done nothing on the ground in the last five years. They have only talked about it in the media. Now, it is time for people to give their response through this election."

Haryana Pradesh Congress Committee president Kumari Selja had earlier said the party will hold a meeting under the chairmanship of party chief Sonia Gandhi on Tuesday.

The screening committee of the party had on Sunday held a meeting in the national capital to discuss the candidate list for the Assembly elections in Haryana scheduled to be held on October 21.