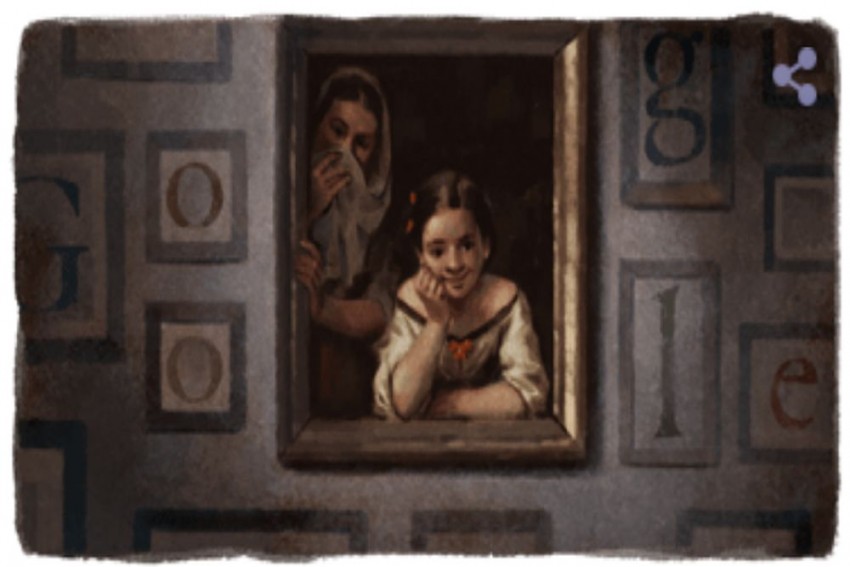 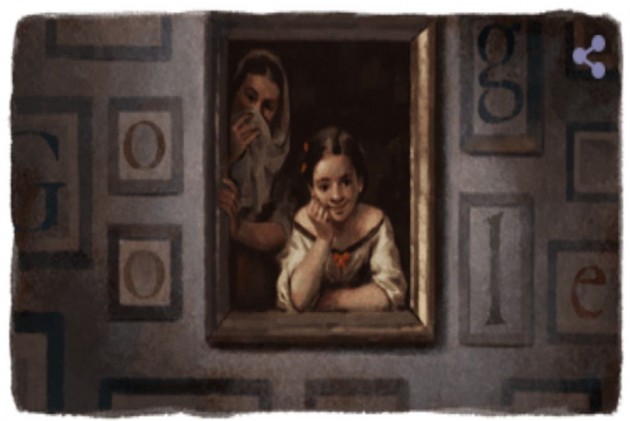 The representation of Murillo's famous painting 'Two Women at a Window', shows two ladies looking out of an open window. Painted in circa 1655-60, the "Two Women..." illustrates his oeuvre. There are two women in it - a young, another considerably older. The older one covers her face perhaps in an attempt to hide and yet not able to stay away from catching up on a scene unfolding outside the window.

Born in Seville in late December 1617, Murillo was baptised on New Year's Day 1618 although his exact birth date remains unknown. He was famous for his impressive and unorthodox use of colour in his paintings.

The J Paul Getty Museum notes that young Murillo would sell his devotional images at local fairs. Later, he served as an apprentice to other artists.

His early paintings followed a highly realistic style and encompassed predominantly religious subjects (as was the convention at the time), and he had his first major successes by 1645.

The "Immaculate Conception" depicts Virgin Mary free from original sin by virtue of the merits of her son Jesus Christ. The Catholic Church teaches that God acted upon Mary in the first moment of her conception keeping her "immaculate".

Apart from painting historical and religious scenes, Murillo also did portraits, and still lifes in oil and fresco during the golden era of Spanish art, the Google blog said.

Studying with the accomplished painter Juan del Castillo, a relative on his mother's side of the family, Murillo would eventually surpass his master and lead the "Sevillian School" of the Baroque era.

Renowned for his Independent spirit, Murillo cultivated his own style of painting, incorporating Flemish and Venetian influences and evolving throughout his career.

During two extended trips to Madrid, he was introduced to Diego Velazquez and exposed to works by Venetian and Flemish masters, which deeply influenced his own work.

The post added that in honour of his 400th anniversary, a series of major exhibitions celebrating Murillo's work is opening at Seville's Museum of Fine Arts, bringing home the artist's work from renowned collections all over the world. Guided tours, concerts, and other cultural activities combine to make this the "Year of Murillo."

The Critical Show Of 'Imperfect Cinema' Explored Through Digital Clips