While two policemen died on the spot, the other two succumbed to injuries in a nearby hospital. 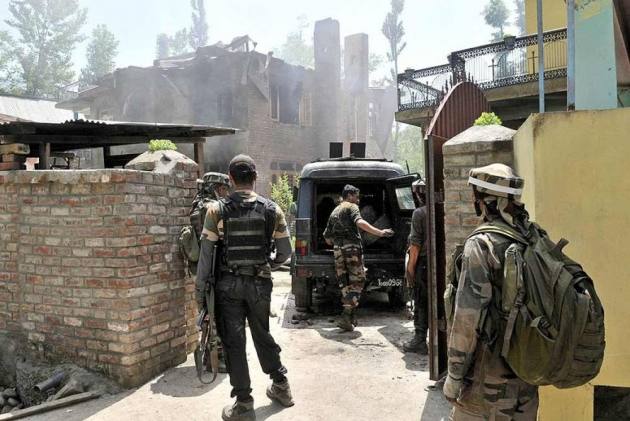 In a major terror attack, four policemen were killed on Wednesday in Jammu and Kashmir's Shopian district, officials said.

As per the Police sources, the terrorists open fired at the police party in Arhama village, about 2 km from Shopian town.

As per the initial reports, the escort party was on its way to repair of a vehicle when it came under attack.

According to reports, the militants decamped with three service rifles of the slain policemen.

"In a terror strike we lost four boys in #Shopian. Our tribute to the brave hearts. We shall always remember their supreme sacrifice. @JmuKmrPolice," the tweet read.

Our tribute to the policemen Ishfaq, Javaid, Iqbal &Adil whom we lost today in a terror strike at Shopian. The sacrifice of these men will always remain with us. @JmuKmrPolice @spvaid @KVijayKumarIPS @Sandeep_IPS_JKP pic.twitter.com/hRvhDJblYM

A probe has been initiated in the matter by the police.