This technology may offer safer, user-friendly, and cost-effective storage and transport for fruits and vegetables.

Fruits and vegetables are among the most perishable agricultural produce. Post-harvest losses reportedly result in several thousand crore debt per year for farmers in India.

The loss primarily occurs due to lack of proper facilities for storage and transportation. Some estimates put wastage at around 52% even before the produce reaches consumers. 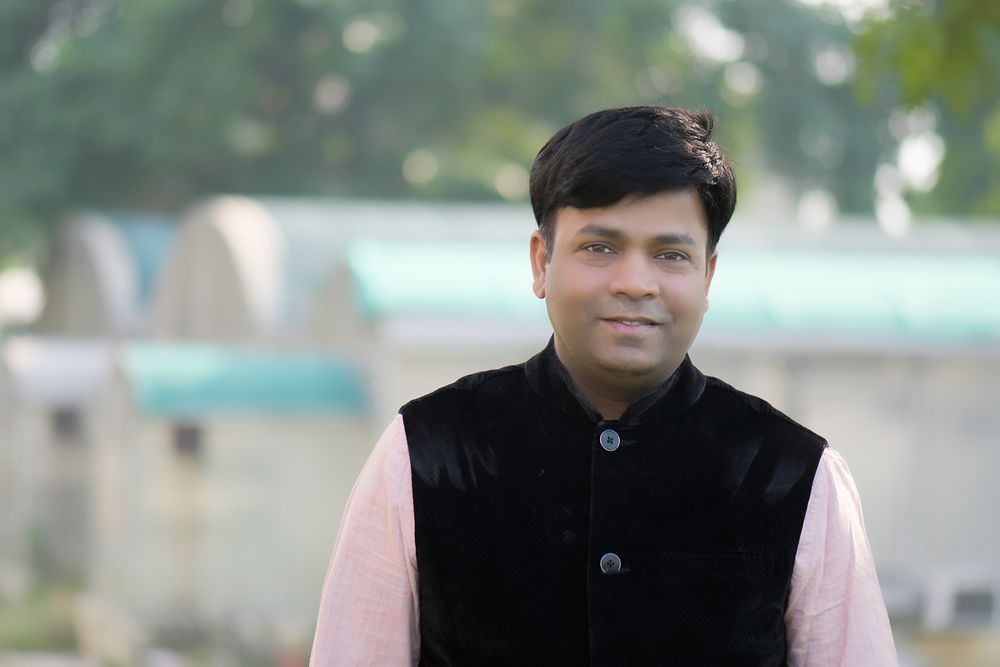 A research team headed by Dr. Jagadis Gupta Kapuganti from the New Delhi based National Institute of Plant Genome Research (NIPGR) has claimed to have developed a safe, user-friendly, and cost-effective technology to considerably delay the ripening process of fruits and vegetables.

NIPGR is an autonomous Institute of Department of Biotechnology, Govt of India.

Fruits like banana, mango, custard apple (sharifa), sapodilla (chikoo), fig, etc. ripen faster and bruise easily. After harvesting, it is difficult to store them for transport and delivery to the market. But the indigenously developed prototype has already been successful in enhancing shelf life of produce. 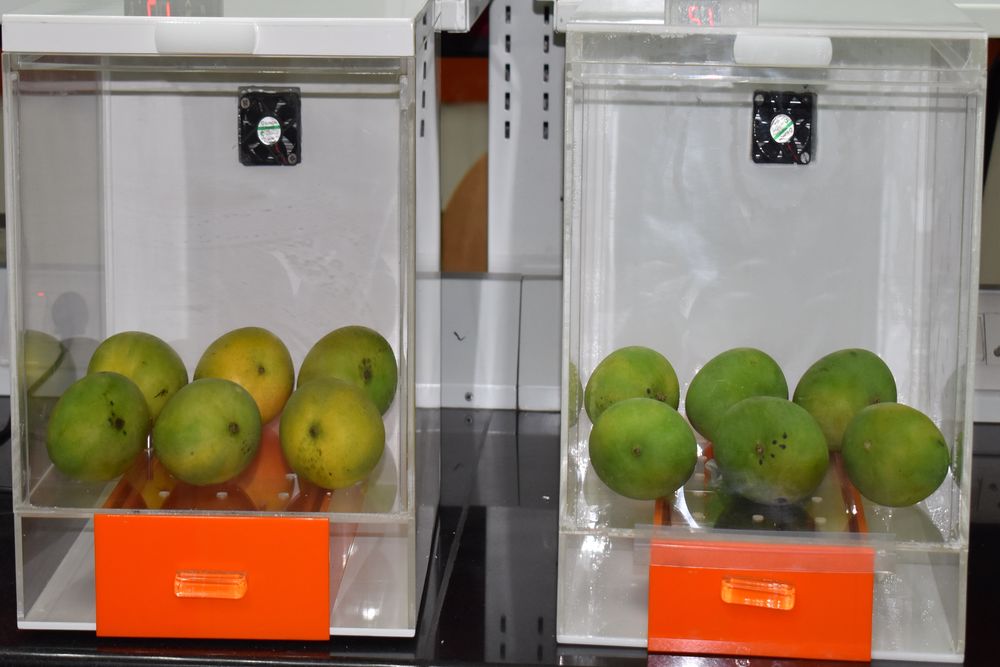 Mangoes on the right, treated with the formula, retained texture unlike those on left which ripened earlier

“As the fruit or vegetable ripen more, it becomes softer and more easily bruised and susceptible to disease or other spoilage causing agents,” explained Dr. Kapuganti.

Ethylene, a gaseous plant hormone, is the key signal compound involved directly in the regulation of the ripening process in fruits at all its stages.

Thus, the ripening process can be regulated by regulating ethylene. Here, participation of Nitric Oxide emerged as an important signal in plants in recent years. 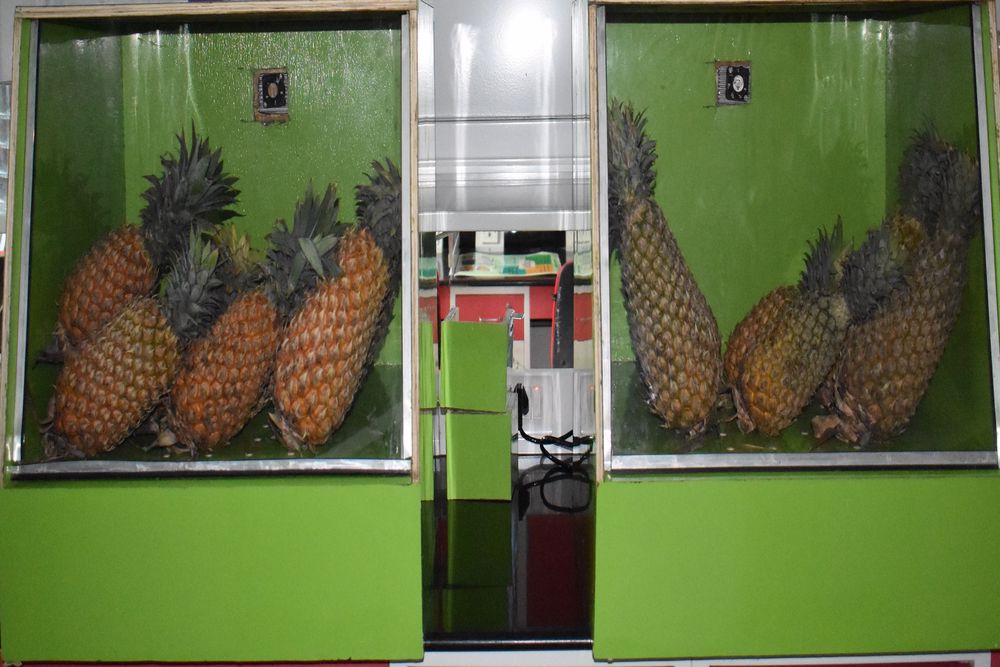 Shelf life of pineapples could be increased (right) with treatment

Dr. Kapuganti has filed several national and international patents for this technology.

They soon found that their formula was causing significant delay in fruit ripening. The team was successful in increasing the shelf life of tomato, banana, mango, sapodilla (chikoo), etc.

The team then developed a prototype comprising two chambers. A smaller chamber for housing the formula inducing Nitrous Oxide from edible leaves, and a larger chamber for the produce to be treated.

“We have developed a number of devices housing the formula and the produce. We tried prototypes made of poly-acrylic, then of wood – which are cheaper. Now we are developing containers made from plastic waste.

“We have containers with solar panels too. Thus, in areas with erratic or no power supply too, the temperature can be controlled,” said Dr. Kapuganti.

Several prototypes have been developed and they are working under different conditions. Now larger devices will be tested on field.

The amount of Nitrous Oxide produced, said Dr. Kapuganti, is very low in ‘one part per billion (PPB)’ range and thus not harmful.

According to the inventor, leaf-derived Nitrous Oxide-treated fruits are capable of accumulating useful nutrients and have higher nutritional value. These have enhanced levels of iron, Vitamin B6 and minerals.

Moreover, such treated fruits have also been found to be more resistant to pathogen attacks, he added.

“We tested the phenomena in many fruits; and in all cases, we observed significant delay in ripening. Hence, the prototype can help in storage of fruits for prolonged periods, thus enabling hassle-free transport while increasing nutritional value too,” said Dr. Kapuganti. 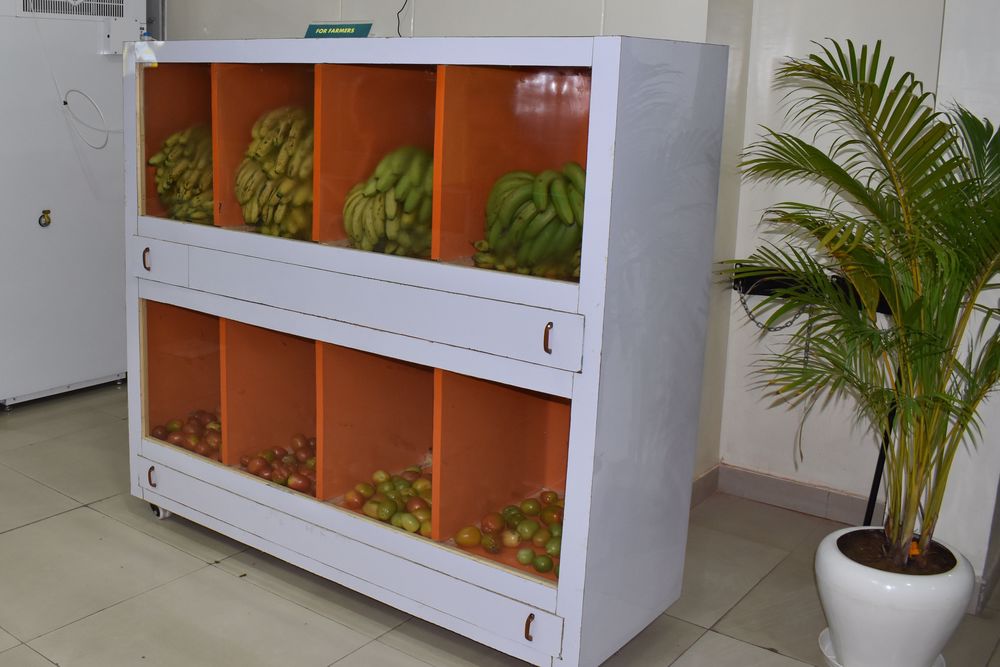 Refrigeration is otherwise the best alternative to transport produce over long distances. But it is expensive; thus, not all can afford such technology for storage and transport.

Moreover, refrigeration is not suitable for storage of certain fruits. Alternative methods such as use of chemicals to treat fruits have lots of side effects on the health of human beings.

“Millions of tons of fruits are harvested every year. Such a high yield cannot all be kept in refrigeration. And there is also a lack of infrastructure,” said Dr. Kapuganti.

Care also needs to be taken during transport. Fruits like custard apple (sharifa) come from the southern part of India. Usually it is transported by train, where the journey takes two to three days. By that time, almost half the produce is spoilt.

As per the announcement made in the Union Budget 2020-21, Indian Railways has started running Kisan Rail services to transport perishables and agri-products, including milk, meat, and fish.

This service is also used to transport fruits like bananas from Andhra Pradesh.

However, availing such services prove expensive for small farmers. This also push up prices. Also, certain fruits like mango, plum, etc. cannot be kept in refrigeration.

he new method under trial is claimed to be risk free. Farmers can use the technology without any scientific assistance. 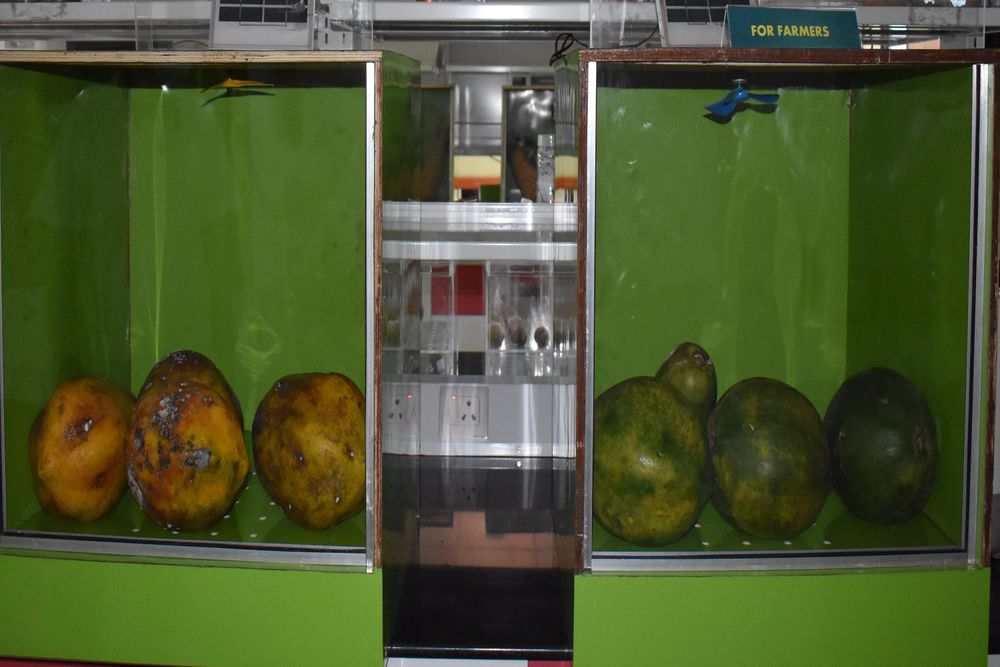 “Following our experiments, we found significant delay in the ripening, thus increasing their shelf life. We could increase shelf life in tomatoes up to 10 days, custard apple by 3-4 days, banana and mango 7 days, and pineapple also by 10 days,” stated Dr. Kapuganti.

His team has also tested the formula on button mushroom and broccoli with satisfactory results.

“Our formula is all organic. Produce not only stays fresh but retains texture; and is less prone to fungal infection. We also found that iron and vitamin content increased. Thus, not only shelf life but nutritional value too increased,” he added.

There is a huge market for the product, the scientist from National Institute of Plant Genome Research opines, because of its wide range of applications among farmers, general consumers, fruit growers, fruit industries, fruit import, transport companies, etc.

And operation cost is “very low”. The investment is in the container. “To further reduce price, we are developing the device from scraps, recycled material, etc.”

Price for the formula comes close to Re.1 per kg of fruits.

His start-up, called Fruvetech Pvt Ltd, is now scouting for investors to enter the commercial market.