Sidharth Shukla Gains One Million Instagram Followers After His Death

The late actor Sidharth Shukla gained nearly one million more followers on Instagram, ever since his death on September 2. According to a report by India Today, the actor had 3.5 million follwers before his death. The number of followers have since then, increased, within a week, to 4.4 million.

Sidharth Shukla, who rose to fame with shows such as ‘Balika Vadhu’ and ‘Bigg Boss 13’ died on September 2, following a massive heart attack, in Mumbai’s Cooper Hospital. According to reports, the autopsy report suggested that there are no external or internal injuries found on the actor's body.

Sidharth Shukla’s sudden death shocked the entire industry, his fans and his friends in the industry including his rumoured girlfriend, Shehnaaz Gill. According to reports, the two were planning to get married by the end of this year.

After his funeral and death received widespread coverage in the media, Sidharth Shukla’s family released a statement, requesting everyone to let his family and friends, grieve in private. 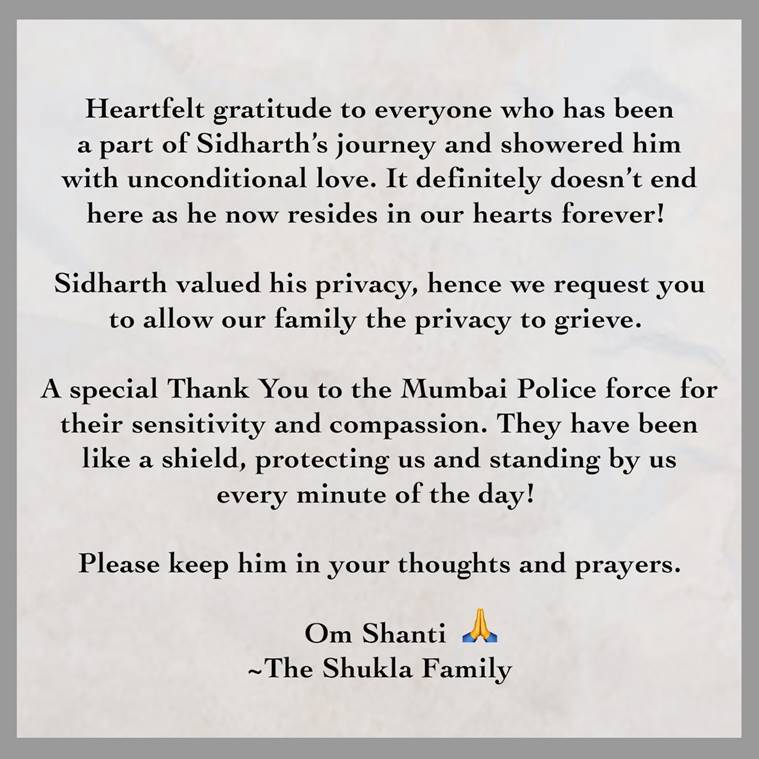 Tributes have been puring in for the actor, ever since. On Wednesday, actor Vidyut Jammwal shared an Instagram Live, and recalled many of his memories in their 20-year-old friendship including the time, when they used to hit the gym together.