Mohanty, also a leading Odia film actor, came to limelight through the cinema and was made a Rajya Sabha member by the Biju Janata Dal president. 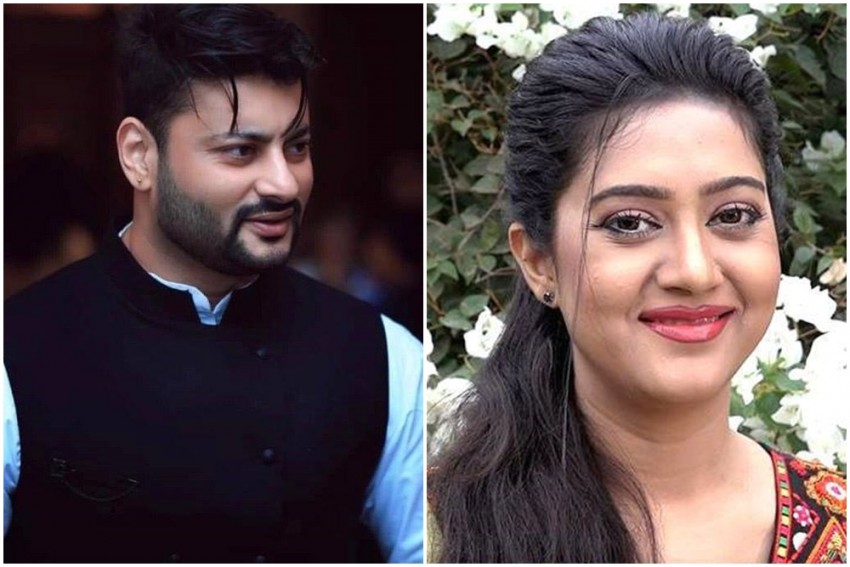 In a major embarrassment for the ruling BJD, party MP Anubhav Mohanty has been accused of perpetrating domestic violence and torturing his Odia film actor wife Varsha Priyadarshini.

Ollywood actor Barsha Priyadarshini has filed a case of domestic violence against husband and MP Anubhav Mohanty at the SDJM court in Cuttack. Mohanty is a BJD MP from Kendrapara.

Instead of lodging any complaint with the police, Varsha has approached the Sub Divisional Judicial Magistrate (SDJM) court here in a criminal miscellaneous case against Mohanty under section 12 of Protection of Women from Domestic Violence Act, apparently considering her actor-turned politician husbands close proximity with the power corridor.

The actor has alleged that Mohanty is an alcoholic and would physically assault her whenever she tried preventing him from drinking.

She has also alleged that Mohanty is involved in multiple extramarital affairs with women from Ollywood.

Varshas allegation against the Biju Janata Dal MP from Kendrapara came barely a few months after Chief Minister Naveen Patnaik had asked Director General of Police (DGP) Abhay to ensure that no woman in the state suffers from domestic violence during the lockdown period when people are indoors due to pandemic.

Anubhav Mohanty is a close confidante of Patnaik, who also heads the BJD.

The suit filed in August this year has been scheduled for a preliminary hearing on coming Monday, her lawyer R K Rath said.

The lawyer, however, refused to divulge the details of the case. Repeated attempts to contact Varsha also turned futile.

But, a family member assured that Varsha would reveal the details of her sufferings soon.

Similarly, Mohanty told a group of journalists that he hasn’t yet received any summons from the Court.

"I have not received any legal notice from the court," the BJD MP said and chose not to make any comment on the wifes petition under Protection of Women from Domestic Violence.

According to the official website of the District Court here, Varshas case was registered on August 7 and the first hearing of the case has been fixed on September 7.

Mohanty, also a leading Odia film actor, came to limelight through the cinema and was made a Rajya Sabha member by the BJD president.

He was later in 2019 Lok Sabha elections pitted against BJPs heavyweight Baijayant Panda and got elected to the lower house of Parliament.

Odisha Cine Artist Association Secretary Sritam Das said, "It is an unfortunate incident. There was some trouble between the two. This should not have happened at all."

Another Odia film actress Bidusmita said, "I support Varsha and stand by her in the fight against injustice."

Earlier also, the actor-turned political leader Anubhav Mohanty was involved in an alleged assault case of a woman journalist and booked for allegedly defaming a student leader of his own party.

Worried About My Daughter’s Safety, Centre Must Provide Her Security: Kangana’s Father