One person was killed in a mob attack on a motorcycle rally taken out to celebrate Republic Day in Kasganj. 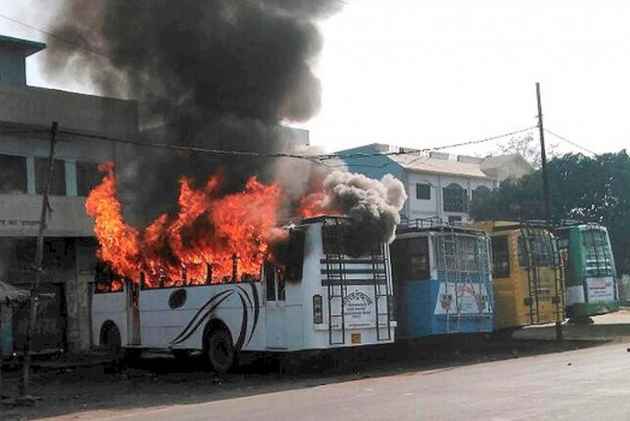 "Such minor incidents happen often... Everywhere. There is no need to pay much heed," he told the media when asked about the clashes that erupted on Republic Day in the town.

One person was killed in a mob attack on a motorcycle rally taken out to celebrate Republic Day in Kasganj.

The killing of Chandan Gupta had led to a spiral of violence in the town in which at least three shops, two buses and a car were torched.

Pachauri, the UP minister for Khadi, village industries and textile, held district authorities responsible for the incident.

"Officials should have taken strict steps to check lawbreakers before the situation took a turn for the worse," he said.

Downplaying the loss of lives and damage to property, Shahi said, "A small incident has happened which has claimed only two lives. (sic) The state government is taking stock of the situation and a probe in the connection is underway."