Uma Bharti, who had participated in the Ram Janmabhoomi movement of the 1990s, said she was fully committed to the construction of Ram temple. 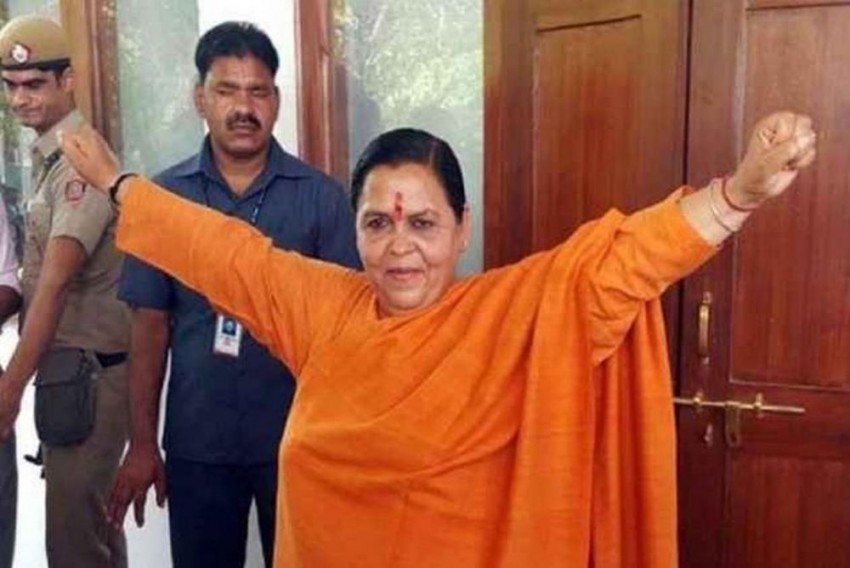 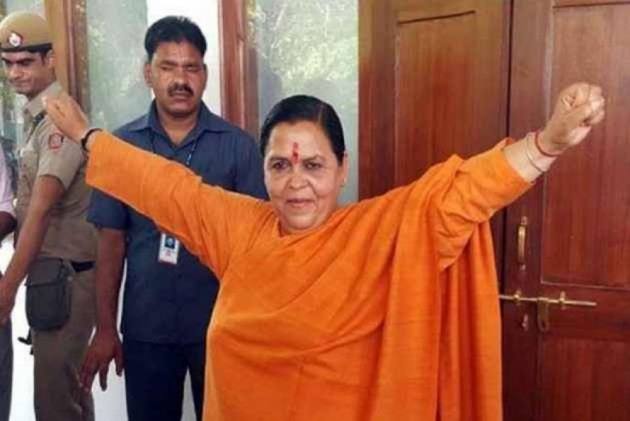 Union minister Uma Bharti said on Sunday while Hindus were the "most tolerant" people in the world, any talk of constructing a mosque on the periphery of a Ram temple in Ayodhya  could make them "intolerant".

The minister also invited Congress chief Rahul Gandhi to lay the foundation stone of the temple in Ayodhya with her, saying he would "atone for the sins" of his party by doing so.

"Hindus are the most tolerant community in the world. I will appeal to all politicians: please don't make Hindus intolerant by talking about building a mosque on the outer periphery of the birthplace of Lord Ram in Ayodhya," Bharti told PTI in an interview.

She said when there could not be a temple in the holy town of Medina or a mosque in the Vatican City, it would be "unfair" to talk about a mosque in Ayodhya.

Describing the Ayodhya dispute as one of land and not faith, the firebrand Hindu leader said, "This is now only a matter of dispute of land, not dispute of faith. It has been resolved that Ayodhya is the birth place of Lord Ram."

She also stressed the need for an out-of-court settlement of the contentious issue, and urged all political leaders — including Gandhi, Samajwadi Party president Akhilesh Yadav, BSP leader Mayawati and TMC chief Mamata Banerjee — to support this.

"We need support of all political parties on this issue. I invite all leaders including, Rahul Gandhiji, come let's lay the foundation stone of the Ram temple with me," Bharti said.

By doing so, the Gandhi-scion could atone for the past sins of the Congress, which always created "hurdles" in building the temple in Ayodhya, she said.

SP supremo Mulayam Singh, Banerjee, Mayawati and the Left parties should support the BJP on this issue as it is of national interest, she said.

"But they aren't letting the matter get resolved. The Congress will have to quit the habit of dividing the country in the name of religion," Bharti said, reiterating that all political parties should unite on this issue.

Bharti, who had participated in the Ram Janmabhoomi movement of the 1990s, said she was fully committed to the construction of Ram temple.

"If they tell me that Ram Mandir will be built only over my dead body, then so be it," she said.

Bharti, known as firebrand hindu leader of the party, has in past also pitched for early construction of Ram temple in Ayodhya.

The Supreme Court on October 29 directed the listing of the Ayodhya title suit matter in January 2019 before an appropriate bench. However, it declined to specify any dates.