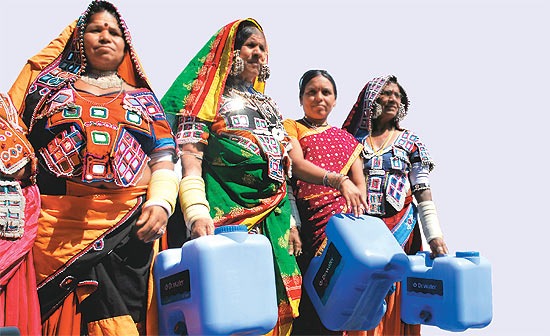 The much awaited Union Budget 2018-19 puts all speculations to rest. This could be boldly called an Election Budget.  While the budget can be cheered for its attention to agriculture, healthcare and the many things that have plagued inclusive growth – the question we look at is what does it mean for India’s women. While it is tempting to answer this cursorily, it is worthwhile reminding oneself that the issue of gender is pervasive and cross sectoral. Gender Responsive Budgeting (GRB), adopted globally, enables fiscal policy to address gender concerns. India adopted GRB in 2005-06 by the introduction of a Gender Budget Statement (GBS) that captures the quantum of allocations meant for women and girls across different ministries/departments. Despite the methodological issues that limit the potential of the GBS[1], it nevertheless has established itself as a critical tool that reflects the priority of the government for gender equality and women’s empowerment.

Given the need to limit the parameters of assessment, the most important indicator is the overall budget for the Ministry of Women and Child Development, the nodal women’s machinery that registered a marginal increase from Rs. 22,094.67 crore in 2017-18 Budget Estimate to Rs. 24,700 in 2018-19 Budget Estimate. Moreover, the disaggregation of the Ministry’s budget shows that the total allocation for the “Mission for Protection and Empowerment of Women” which now entails all critical women specific interventions, is a paltry 5.5. per cent of the total budget of the Ministry. The only women specific scheme that sees increase is the Mahila Shakti Kendra, which aims to increase the access of schemes/entitlements to rural poor women. Although, a noteworthy intervention focused on women’s empowerment, it is hoped that the intervention will be coupled with commensurate budget and needless to say will designed gender responsively. Given the recent ground laid by the Economic Survey 2017-18 that underlines son preference as a major gender issue, it is surprising that the Government’s flagship Beti Bachao Beti Padao (BBBP) received unequal attention in the budget.

However, the litmus test of a Gender Responsive Budget is the breadth and width in which gender issues are addressed across sectors. Gender implications are most obvious with respect to social sectors such as health and education. Although, both the sectors received reasonable attention in the Budget Speech, the total budgets saw marginal increase in 2018-19. In fact, the Government raised the earlier (secondary and higher education) cess of 3 per cent on personal income and corporation tax to 4 per cent (Health and Education Cess) which shifts the burden of provisioning for essential services on common citizens. Declining women’s labourforce participation in India has received global and national attention, a key issue posed by the Economic Survey. The Budget Speech rightfully emphasized on the provision of enhanced maternity leave to 26 weeks, as a commendable initiative. Contrarily, the Maternity Benefit Programme (Pradhan Mantri Matru Vandana Yojana), a conditional cash transfer scheme for pregnant and lactating women in the informal sector actually registered a decline in allocation from 2017-18 Budget Estimate. Another important aspect of women’s work is provision for their subsistence work and providing for their families. In order to respond to this need, the revised target of the Ujjwala yojana, that provides LPG connections to poor women, from earlier 5 crore to 8 crore is a welcome first step. Even as the Government continues to reduce the drudgery of women by providing access to clean energy, it is equally critical to start transforming intra household social norms and division of work. The use of time use survey could play an important role in documentation and policy around women’s work.  The commitment to encourage State Governments to put in place a mechanism for distribution companies or licences to purchase surplus solar power at reasonably remunerative rates is laudable. Hopefully, this will trigger greater energy access to women who are disproportionately impacted by the lack of it, bringing them in as active consumers and producers of power.

On another bright note, the extention of access to finance through Kisan Credit Cards to those engaged in fisheries and animal husbandry, largely women farmers, is likely to positively impact women’s lives and could be a significant move towards realising the vision of the National Policy for Farmers 2007.

Among other noteworthy initiatives is the likely increase in the level of disposable income for women by decreasing their share in the Provident Fund Scheme that will limit to women in the formal sector. Social Protection has become an increasingly important issue given the rising inequalities and vulnerabilities. The National Social Assistance Programme, which entails a number of social security schemes, saw a marginal increase from Rs. 9,500 to 9,975 Crores. As argued by the Pension Parishad[3], the monthly old age pension contribution of the central government has remained extremely low which has even depreciated in value by 50 per cent. Thus, indexing to inflation, this does not represent an increase.

Lastly and most importantly, GRB will be successful only if the interventions are able to meaningfully change women’s lives. The Government for the first time has included, Outcomes –Outputs framework, setting targets to be achieved across schemes. As one of the largest Ministries working directly with rural women, the Ministry of Rural Development has notably set targets for women’s participation under the National Rural Employment Guarantee Scheme, as stipulated in the Act. Similarly, the Ministry of Skill Development and Enterpreneurship also sets gender specific targets. However, the other flagship programme, which is the Deendayal Antodaya Yojana (National Rural Livelihoods Mission) still continues set outputs for financial efficiency alone (financial credit) and not in terms of women’s empowerment. Therefore, while the Government’s recognition of women as agents of change in the Economic Survey needs to be commended, adequate public provisioning and implementation will be key to achieving the desired outcomes.

[1] GBS has been studied in detail over several years and its methodological framework has been questioned.

[2] Gender budget is the total of Part A and Part B of the GBS. Part A lists schemes that are exclusively meant for women while Part B lists schemes in which atleast 30 per cent funds benefit women and girls.

[3] Pension Parishad is an initiative to ensure universal pension to all workers in India.