It also stated that despite lower collection of the Goods and Services Tax (GST) , the Delhi government expects a higher overall revenue collection in the current financial year. 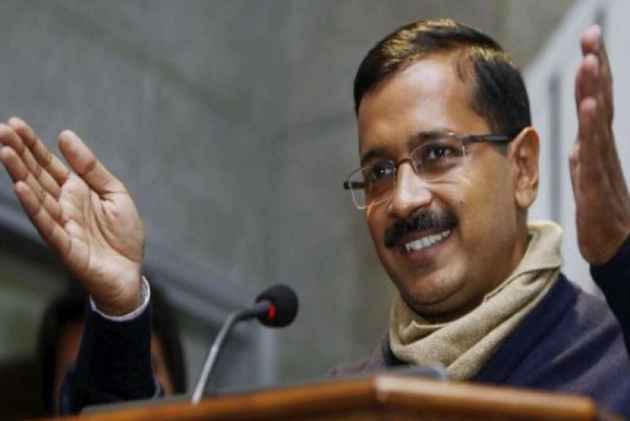 The Delhi government on Monday tabled the Economic Survey in the Assembly where it pegged the state's GDP size at Rs 6.86 lakh crore for 2017-18, a growth rate of more than 11% over the last fiscal and estimated an increase in per capita income by Rs 29,000 while showing a rise in debt by Rs 8,000 crore in the last decade.

Though the survey stated that the number of unemployed persons registered in employment exchanges in the city increased from 5.56 lakh in 2006 to 12.97 lakh in 2016, it also maintained that the contribution of agriculture and manufacturing sectors also continued to decline in Delhi's gross state value added (GSVA), with services sector providing more than 80% income of city.

It also stated that despite lower collection of the Goods and Services Tax (GST) , the Delhi government expects a higher overall revenue collection in the current financial year.

The outstanding debt of the Delhi government has increased by over Rs 8,000 crore in the last ten years, the report tabled by deputy chief minister Sisodia said.

The number of senior citizens in Delhi getting old age pension rose to 4.20 lakh in the current fiscal (till December 2017), recording an increase by 8.9% over the past five years, according to the survey.

More than 16% households in the national capital do not have access to piped water supply despite the Delhi government's promise of ensuring the same by the end of 2017, the survey report said.

The Delhi Jal Board responsible for drinking water supply and sewer work in the city is chaired by Chief Minister Arvind Kejriwal.

Presenting the budget last year, Sisodia had resolved to provide piped water supply to all authorised and unauthorised colonies as well as the JJ clusters by the end of 2017.

According to the survey, wate supply has been made available to 1,209 unauthorised colonies in the city till December 2017.

An increase in the expenditure on education, number of schools, student enrolment and student-teacher ratio was the highlight of the Economic Survey.It said the total investment in the education sector has increased by more than double in the budget, from Rs 5,491 crore in 2012-13 to Rs 11,300 crore in 2017-18.

"This is the highest priority sector for the government, which got the biggest share of allocation -- 23.54% of the total budget in 2017-18," the survey said.

The total operational span of the Delhi Metro network will expand to over 350 km after completion of its Phase-III project, which would also enhance the daily average ridership of the mass rapid transit system to nearly 40 lakh, it said.

The report highlighted that the number of beds in Delhi hospitals increased to 53,329 registering an increase of 24.9 per cent over the past five years while the total fertility rate was recorded at 1.6 in 2016, which the Delhi government claimed was lowest in India.

The total fertility rate (TFR) of Delhi was recorded at 1.6 in 2016, lowest in India while the all India level was 2.3, the survey claimed.