The varsity has also said that disclosure of exam results of all the students could lead to "public embarrassment" of some or may cause "disturbance" of his/her routine life. 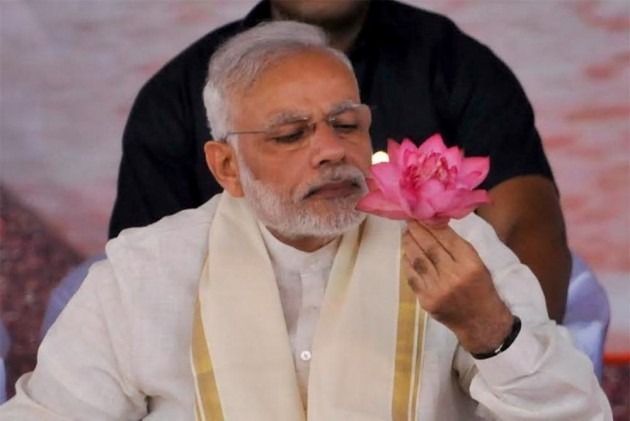 The Delhi University (DU) on Wednesday told the the Delhi High Court that the varsity's BA exam records of all its students of 1978-- the year when Prime Minister Narendra Modi had graduated-- is held in a fiduciary capacity and cannot be disclosed under Right To Information (RTI) act..

The submission has been made by the country's premiere varsity in an affidavit which the court has not taken on record as it had earlier closed the varsity's right to file further replies in the matter.

The affidavit was filed by the varsity in its plea challenging a Central Information Commission (CIC) direction to allow inspection of the university's records of all students who had passed BA examination in 1978.

Information Commissioner Sridhar Acharyulu earlier  had directed the DU to allow inspection of records related to all the students who had passed BA degree in 1978, the year in which, according to the University, Prime Minister Narendra Modi had also cleared the examination.

The CIC had rejected the contention of the Central Public Information Officer of the University that it was a third party personal information, saying it finds “neither merit, nor legality” in it.

However, Acharyulu was stripped to HRD Minisry after the order passed through his tables. Soon after reports of him ordering disclosure of records pertaining to students passing out BA course in 1978 came in public domain, an order was issued for reallocation of work among the information commissioners.

The court had on January 23 last year put on hold the operation of the CIC order.

During the Wednesday hearing, Justice Rajiv Shakdher said DU will have to first seek recall of the court's earlier order closing its right to file a reply and thereafter, its submission may be taken on record. The court also sought DU's response on an application filed by persons, claiming to be experts in relation to the RTI Act, seeking to be a part of the proceedings.

With the direction, the court listed the matter for further hearing on May 22.

Additional Solicitor General Tushar Mehta, appearing for DU, opposed the plea of the RTI activists seeking to be part of the matter, saying they have "vested interests".

In the affidavit filed through central government standing counsel Arun Bhardwaj, DU has said that the result of a student once declared is accessible only to that student and is "personal" to her or him.

The varsity has also said that disclosure of exam results of all the students could lead to "public embarrassment" of some or may cause "disturbance" of his/her routine life.

It has also said that a separate mechanism available for other institutions which want to verify the results or degrees of a student who has passed out from DU.

The DU's School of Open Learning (SOL), from where the the PM is said to have passed, had blatantly denied keeping records of that year's examinations.

In response to an RTI query by IANS, the SOL had said, "The data is not maintained in the branch in the order as desired by the applicant."

Quoting some reports he had alleged that Modi was preventing the concerned department from releasing details about his educational qualification. Allegations are being made that the PM has no qualification and degree at all he had said.

The CIC had directed the Gujarat and Delhi Universities to disclose details of Modi's graduation and post-graduation degrees to Kejriwal after he approached CIC.