Defying orders of the district collector, RSS chief Mohan Bhagwat hoisted the national flag in a Kerala school on the occasion of Independence Day today 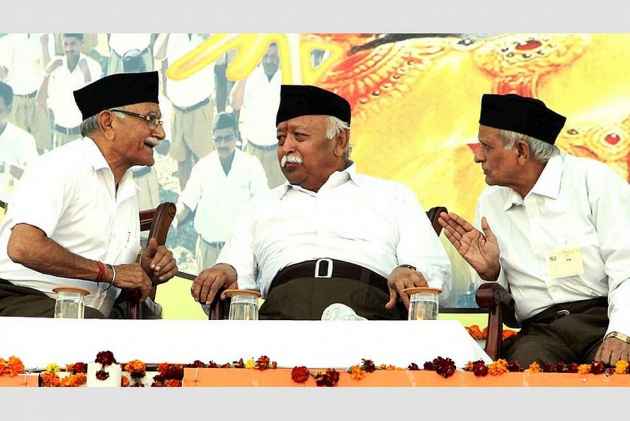 The District collector had issued a memo to the school a few days ago, categorically stating that it was inappropriate for a political leader to hoist the national flag in an aided school, adding that only a teacher or elected representative of the people was allowed to do so.

Defying orders of the district collector, RSS chief Mohan Bhagwat hoisted the national flag in a Kerala school on the occasion of Independence Day today.  Bhagwat is on a two-day visit to Kerala.

The Collector, P. Marykutty, told Outlook ,  "I have sent a report to the state government, Chief Minister and the Education Department seeking action against the school."

The Bharatiya Janata Party (BJP) and RSS which termed the directive a 'fascist diktat' by the ruling CPI(M) had challenged the Collector's decision.

The RSS-BJP and the CPI(M) have been at loggerheads in Kerala, particularly its northern parts, after the Left Democratic Front came to power in the state last year.

The RSS-BJP combine has claimed that 14 of its members were killed by the Left cadres during the period, while the CPI(M) has alleged that 13 of workers lost their lives in violence perpetuated by the saffron organisations. Both sides have blamed each other for the "political killings".

The RSS-BJP however, are against the imposition of President's rule.

The Kerala state head of RSS, P Gopalan Kutty Master had said the RSS and the BJP were against imposition of President's rule and added that RSS chief Mohan Bhagwat wanted them to engage in the peace talks to see there is no violence.