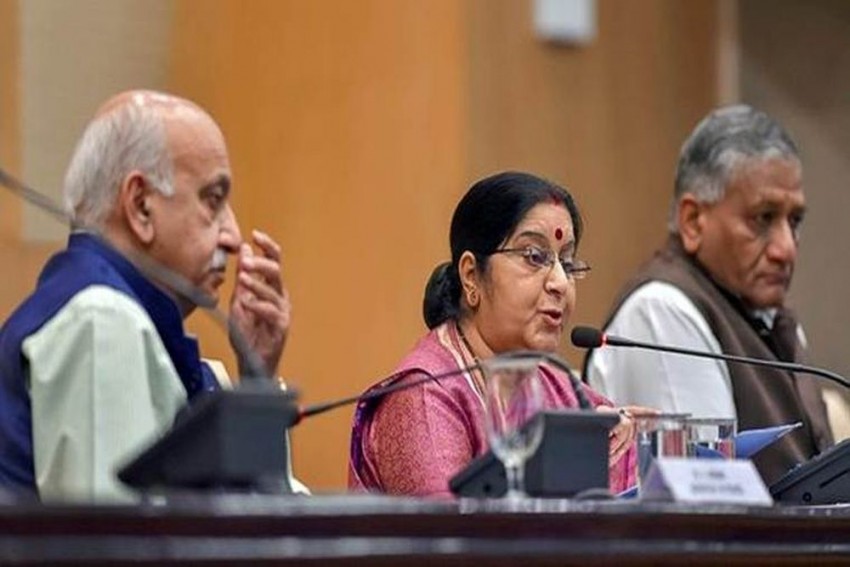 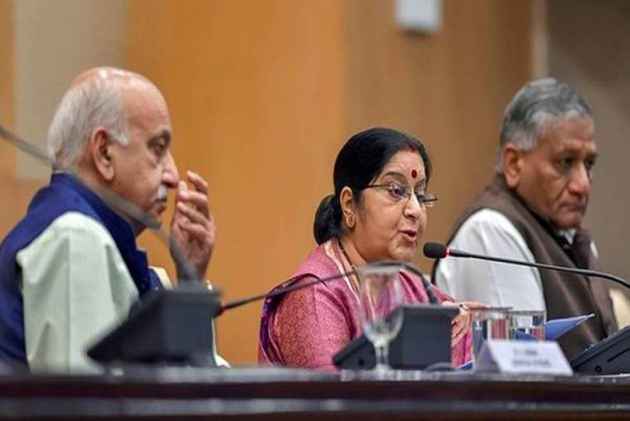 The Congress today decided to move a privilege motion against External Affairs Minister Sushma Swaraj in the Rajya Sabha for "misleading" the House on the issue of the death of 39 Indians who were kidnapped in Iraq's Mosul town in 2014.

Congress MPs Ambika Soni, Pratap Bajwa and Shamsher Singh Dullo said they would move a motion against Swaraj in the Upper House after compiling documents and information on the issue.

They accused Swaraj of misleading the House for four years and dared her to make public the sources who formed the basis of her claims that the 39 Indians kidnapped by ISIS were alive.

She said they were definitely going to bring a privilege motion against the external affairs minister of India for misguiding Parliament and her insensitivity in "playing" with the lives of 39 Indian citizens.

"Whose fault is it, who tried to mislead and keep the issue in deep freeze for four years. It is of the external affairs minister. It is her responsibility," Soni alleged.

Accusing the Central government of trying to suppress the Mosul tragedy, she said it did not talk about it despite several efforts to raise the issue.

"We have continuously tried to raise the issue, but Swaraj always said she cannot share the sources nor any document and always claimed that they are alive. The government's efforts to put a cover on the issue led to misconceptions among the families of the deceased," Soni said, adding, "We have come to know from Iraq that they died at least a year ago, but our government has been so insensitive."

Asserting that the government should have gradually prepared the families for their loss, the Congress general secretary brought up the issue of compensation and said, "This government is only of the few and the rest will suffer the same way as had happened to 39 Indians in Iraq," she said.

Her colleague Bajwa also accused the government for its "clumsy" handling of the issue and said those killed in Iraq were poor people involved in manual labour.

"Today, Harjit Masih's statement has proved right. I want to ask Sushma Swaraj that what are your sources. The entire country wants to know. Why did you play with the sentiments of these people," he said, referring to the lone survivor who had managed to flee the ISIS following his abduction along with the 39 other Indians, and had claimed that the others were killed.

The Rajya Sabha MP said if there is a sensitive policy matter then informed first if it is in session, but when someone dies or is martyred, the family of the deceased are informed first.

"What stopped her from dong this? Even her attitude of dealing with the situation two days ago was to score brownie points. There has been insensitive and clumsy handling of the issue," Bajwa said.

"We want to ask Modi ji and Sushma ji that you have not even announced any compensation to their families. We have demanded Rs 1 crore compensation and a government job to each of the families. The onus of giving job and Rs one crore is on the Centre," he said.

Whenever the government is in the dock, they try to sidetrack the issue. Parliament is not running as allies of the ruling BJP are in the well, Bajwa claimed.