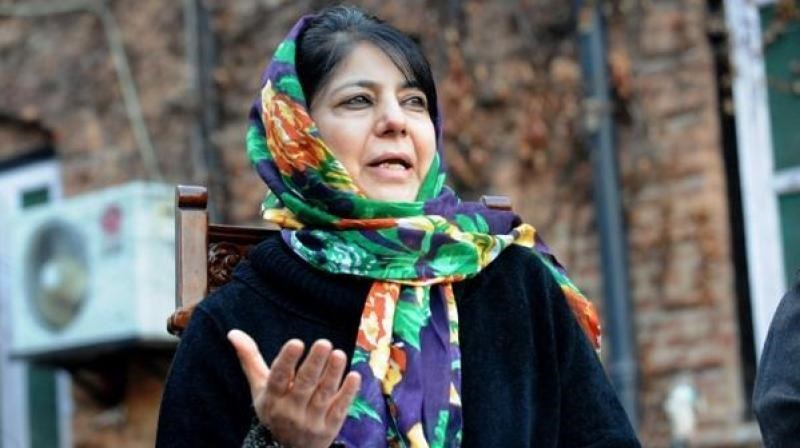 Not withstanding the BJP's opposition to talks with Pakistan, Peoples’ Democratic Party (PDP) Thursday pitched for the reconciliation between Indo-Pak at an earliest, stating that the people of the state have been bearing the brunt of the hostilities for decades and they yearn for peace and tranquillity.

Saying the party is concerned over the escalation of tensions between the two countries on borders, the party said  the loss of precious lives was incorrigible and need to be stopped sans any delay.

PDP General Secretary, Peerzada Mansoor Hussain said the PDP has been demanding, since its inception, that dialogue between the two countries is inevitable for the peaceful South Asia and that people of the state are the basic stakeholders in the talks between the two countries. “The people in J&K are the worst sufferers of the bloodshed and mayhem and are the basic stakeholders without whom no dialogue can reach to the logical conclusion. Both the countries need to take the people in confidence ahead of treading ahead,” PDP general secretary said.

Mansoor said the PDP founder and former Jammu and Kashmir chief minister Mufti Mohammad Sayeed never believed in the politics of deceit and always pursued the agenda of peoples’ well being with earnest efforts and selfless courage. “Mufti sahib never did the politics of animosity and never lured the people once in the name of Quit Kashmir Movement of 1946, followed by accession in 1947 and then the Plebiscite movement in 1953,” PDP general secretary said.

He added that the people of Jammu and Kashmir are bearing the brunt of the past mistakes as the same leadership who showed them the green pastures signed the 1975 accord, ruthlessly changing the post of the Prime Minister into that of the Chief Minister. “Contrary to this, Mufti Mohammad Sayeed spent his life to get the people out of the vicious cycle of violence and infuse in them the enough confidence to scan the horizons of prosperity with eager hope,”   Mansoor said.

The PDP general secretary said the PDP founder till his last breath worked tirelessly for the well-being of his people with utmost sincerity. He added that the PDP will keep toeing the same line and would never allow anyone to barter the interests of the state.

Snoring Passenger On Train Gets 'Sound' Punishment From Fellow Travelers