Christian Bale, Andy Serkis Arrive In Mumbai For Premiere Of 'Mowgli: Legend Of The Jungle'

The premiere of 'Mowgli: Legend Of The Jungle' will be held on Sunday at the Yash Raj Films studio. 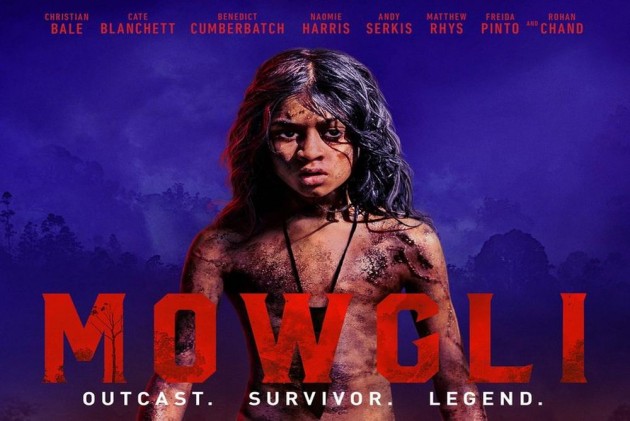 Academy Award-winning star Christian Bale, who famously essayed Batman, is in Mumbai with actor-director Andy Serkis for the premiere of their much-awaited forthcoming film actor-director of "Mowgli: Legend Of the Jungle".

Actress Frieda Pinto and Indian-American child actor Rohan Chand are here too to promote the movie, which explores the darker side of author Rudyard Kipling's "The Jungle Book". "Mowgli...", to be released on streaming giant Netflix on December 7, is based on the 19th century tale of a boy who grew up in the jungles of India with animals.

Its India connect makes the country "perfect" for the premiere, which will be held on Sunday at the Yash Raj Films studio, Serkis said.

Serkis, who has voiced the free-spirited bear named Baloo in the upcoming film, took to Instagram to share some updates.

"Junket in Mumbai," he wrote alongside a photograph in which he is posing in front of the film's poster.

Four days ago, he had shared a still from the movie, and wrote, "I'm happy beyond my wildest dreams that 'Mowgli: Legend of the Jungle' will be having its world premiere in Mumbai on November 25. For India to host the first ever major Hollywood movie premiere here, the birthplace of Kipling's masterpiece, is nothing less than perfect."

I’m happy beyond my wildest dreams that Mowgli: Legend of the Jungle will be having its World Premiere in Mumbai on the 25th November. For India to host the first ever major Hollywood… https://t.co/NIP5TNr9t3

Bale has voice starred in the movie along with Cate Blanchett, Benedict Cumberbatch, Naomie Harris and Serkis.

The film is set for theatrical release in Los Angeles, New York, San Francisco and London on November 29.

For the Indian market, "Mowgli: Legend Of the Jungle" will also be dubbed in Hindi, for which star actors like Kareena Kapoor Khan, Anil Kapoor, Madhuri Dixit Nene, Jackie Shroff and Abhishek Bachchan have lent their voice.