Evergrande is the largest property company in China and owns more than 1,300 projects in 280 cities holding approximately 2% of the Chinese real estate market. 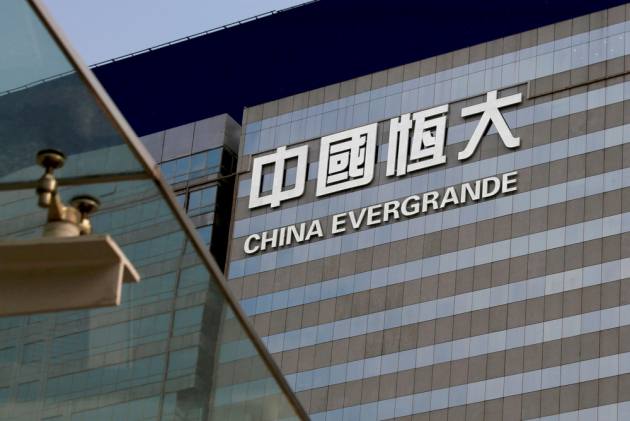 Evergrande, the largest real estate borrower in the world with overall liabilities exceeding $300 billion (22.5 lakh crore), is on the brink of a default. On September 16, the real estate behemoth suspended trading on its onshore bond after a domestic ratings cut. As a result, China’s junk bond or high yield debt market is now offering a record 14.4% yield.

Evergrande is the largest property company in China. It owns more than 1,300 projects in 280 cities holding around 2% of the Chinese real estate market. According to various reports, Evergrande sits over unfinished projects worth over $1 trillion. As many as 1.5 million people are waiting for delivery of their homes, even as the realty developer has failed to clear dues of its employees and suppliers for months.

Investors believed that the sheer size of Evergrande makes it too big to fail. But they faced a rude shock last week when the company hinted that it may default on its $80 million interest payment due on September 23. The government has not shown any intent to rescue the company so far. 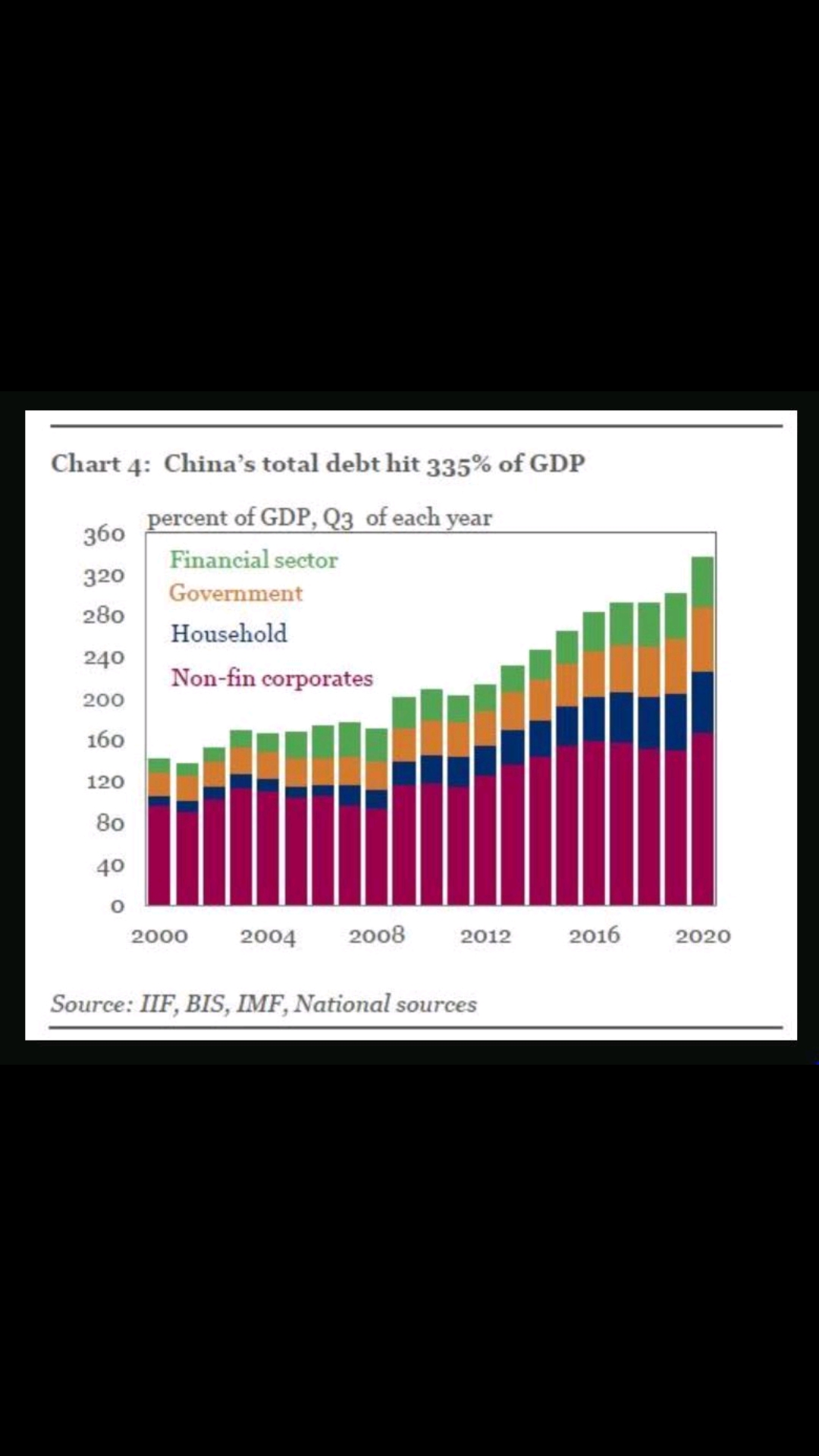 According to a research report from Harvard University in joint association with Tsinghua University, real estate contributes to about 29% of China’s economic output. Evergrande's deteriorating financials are the result of a slowdown in the property market. China’s residential property slowdown deepened in August when home sales by value slumped by 20% from a year earlier according to Bloomberg calculations based on National Bureau of Statistics data. According to industry estimates, 60- 65 million units are currently lying vacant in China.

Why foreign investors were lured to China

All of Germany’s sovereign debt is trading at a negative yield, France’s debt is trading below zero on maturities up to 12 years, Spain’s up to 9 years and Italy and Greece up to 7 years. Negative yielding bonds have consistently grown after the Great Financial Crisis of 2008-09.

Over the years, insurance companies, pension funds, asset management companies, and sovereign wealth funds have gravitated towards China to earn a positive yield on their bond investments.

Before the current crisis, real estate developers in China were giving a yield of over 10% on their bonds, attracting marquee global investors.

The beginning of the fall

The Central bank stated that only those companies that keep their ratios within the threshold would get permission to increase the debt next year. PBoC puts a maximum cap of 15% increase in debt for successive years.

At the end of the June 21 quarter, Evergrande breached all of these metrics.

Moreover, Z-Spreads, a measure of credit, liquidity and optionality risk on a bond, increased for Evergrande's whole host of bonds due in 2023. An increase in Z-Spread means an increase in risk and vice versa.

After breaching the Three Red Line metrics and widening Z-Spread, Evergrande’s management tried to allay investors’ fear. Evergrande said it reduced debt from $110 billion (at the end of 2020) to $88 billion at the end of the June quarter. What the company conspicuously missed was to explain about commercial bills and trade payables which are not technically counted as debt as they are short-term in nature, but both these numbers are counted as liabilities on the company’s balance sheet.

On June 23, Fitch downgraded Evergrande to B from B+. Fitch's report stated that Evergrande’s balance sheet relies on Trust finance with approx. 40% of total debt in trust loans, a less stable source of funding. Its lower leverage (Net debt/adjusted inventory), high trade payables, lower liquidity and weaker access to funding channels were other reasons for rating cuts. Following Fitch, Moody’s also downgraded the company to B2 from B citing weakened funding access.

Bloomberg on July 8, reported that Evergrande has ramped up issuance of commercial bills suggesting that it is facing a liquidity crunch as banks and investors have avoided long-term funding to the developer. Yields on some bills have climbed as high as 36%, it reported. As per company disclosure in 2020, liabilities of the company involved 128 banks and 120 other types of institutions, and issuance of commercial bills suggests that the scope of financial maneuvering is limited for the company.

Speaking with Outlook Money from Toronto, Ritesh Jain, a global macro investor and trend watcher said, if Evergrande is not bailed out then it can potentially freeze global high yield credit markets with credit spreads blowing up. “Evergrande alone is not my worry but the systemic repercussion and resultant tightening of liquidity conditions in a slowing global economy is my worry,” he said.

Rich Excell, an experienced global macro portfolio manager said the size of Evergrande liabilities isn’t the issue. The Chinese government has $3.2 trillion of forex reserves. It can easily bail out not only Evergrande but most of the struggling real estate developers. “The issue is the ‘signaling’ of why the government is letting them go bust,” he said.

Impact on China if Evergrande default

As per various media reports currently, around 60 to 65 million units are vacant representing more than 21% of all homes in urban China. Any default would start a selling frenzy in the housing market pushing down prices further. As real estate accounts for a large store of wealth for Chinese citizens, a deep price cut would severely impact consumption.

Experts believe that the High yield credit market may go for a toss in case of Evergrande default and contagion may spread to other markets like equity market and investment-grade corporate bond markets.

China’s economy is highly leveraged. According to the Institute of International Finance, the total debt of China stands at $92 trillion and the debt to GDP ratio at the end of June quarter stood at 353%. With such a high GDP to debt ratio, any slowdown due to real estate companies' default could put China in a tough spot as the government has less space for fiscal maneuvering.

Commodity exporting companies from India, mainly steel and iron ore, would be the major loser if China witnesses an economic slowdown. Tata Steel, the highest return provider in the Nifty Index, performed badly last week.  Other stocks in the risk zone are Hindalco, Vedanta, Coal India, and NMDC.

If China depreciates the Yuan, then Indian companies in sectors like textile, tyres, chemicals (where India and China both compete for the international market) will face intense competition from Chinese companies.

China is the largest buyer of most of the products coming out of emerging markets. It buys energy from Russia, semi chips from Taiwan, food from Brazil, capital goods from Korea, shipping services through Singapore, iron ore from India. When China sneezes, EM catches a cold. Not only emerging markets but approx. 50% of revenues for the European luxury goods sector have been coming from China.

In an August report, S&P estimated that over the next 12 months, Evergrande will have over 240 billion yuan ($37.16 billion) of bills and trade payables from contractors to settle. According to Fitch's analysis, the developer’s trade payables stood at 667 billion Chinese Yuan.

Impact on rest of the world

China holds over $1.1 trillion US bonds and treasury notes. To pay dollar-denominated liabilities of Chinese real estate companies, China may choose to either sell this debt or devalue the yuan. In both the conditions, the tension between the US and China may be stretched further.

China is the largest buyer of most of the products from emerging markets. It buys energy from Russia, semi chips from Taiwan, capital goods from Korea, food from Brazil, shipping services from Singapore, iron ore and other commodities from India. It’s the biggest trading partner for most Asian countries.

This week is crucial for financial markets across the world, with everyone hoping for a government-bailout for Evergrande. But as the saying goes- "Hope Is The Most Dangerous Four-Letter Word In Investing". We think investors should hedge themselves for any event.