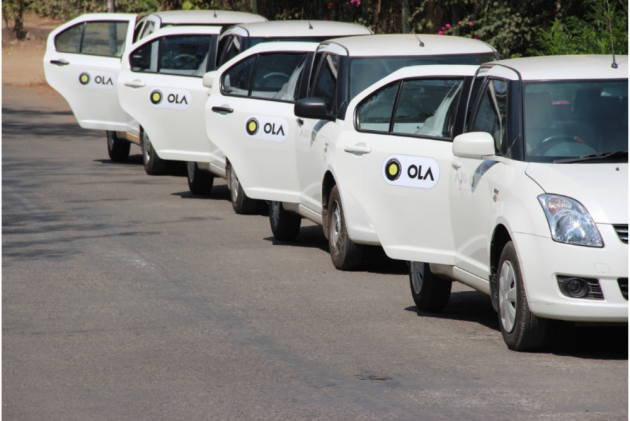 The growing electric vehicles market in India, which is miniscule when compared to the global market, is seeing many big corporates and foreign players entering the fray on the heels of scores of entrepreneurs. Ola is the latest to unveil its offerings hoping to compete with the likes of Maruti Suzuki, Tatas, which dominate the scene with its Nexon EV accounting for 64 percent of EV car sales in the country.

The two-wheeler market, the fastest growing EV segment, is seeing tough competition with biggies like Hero Electric, Okinawa Scooters, Ampere Electric, Ather Energy, Bajaj Chetak Scooters, TVS Electric among others wooing customers with both fast and low speed options. The special features of these vehicles as also the infrastructure support for fast charging is driving competition rather than just the price.

Anshul Gupta, director, Okaya Power Group, says EV is one vehicle segment where there is considerable competition between the organized and unorganized sector. Recognising the challenges ahead, Okaya entered the EV manufacturing only after establishing itself as a manufacturer of lithium-ion batteries – stationary, those with mobility applications and tractor batteries - in addition to participating in the Central government plans to set up 5000 to 6000 charging stations on the highways, and establishing a dealers network. “Today we have full control over the supply chain and after sale services,” says Gupta, adding that the company has capacity to manufacture 8,000 low and high speed scooters scalable to 12,000. While four wheel vehicles plans are still to be finalized, Okaya is planning to launch its e-motorbike by March next year in keeping with its vision ‘from cycle to motorcycle’.

The Age of Robotics: How Robots Will Take Over Most Aspects Of Our Lives

Can India Afford To Miss The Artificial Meat Bus?

The electric two-wheeler (e-2W) market has been accounting for the highest share. In 2010-21, for instance, two wheelers accounted for over 50 percent of overall EV sales of 238,120 though it took a hit due to Covid crisis with sales dipping to 143,837 from previous high of 152,000, according to Society of Manufacturers of Electric Vehicles (SMEV).

The sale of electric cars rose sharply last year to total 5905 from a low base of 2814 in the previous year with Tata Nexon EV accounting for 64 percent sales, while the sale of three wheelers jumped from 88,378 to 140,683 in 2020-21 as many states including Delhi pushed for switch from petrol vehicles to the green fuel to tackle pollution issues.

In the last few months EV sales growth expectations have brightened. Now for 2021-22, SMEV has projected that two-wheeler sales will cross 210,000 to 220,000 given that this category is registering 10,000 to 20,000 monthly sales. The EV car sales are also expected to touch 50,000 as against earlier expectation of 10,000 given the rising interest in electric vehicles both out of lower running cost and environment concerns.

As far as three-wheelers and e-rickshaw are concerned there are two categories. Those made by Kinetic and Mahindras are costly and their sales are not very high. The second category is those made by scores of smaller companies where the numbers are very high but nobody keeps track of them. Estimates are that this year around 200,000 to 250,000 e-rickshaw and three wheelers will be sold as many states are pushing for green commercial vehicles to tackle issues of rising vehicular pollution. In some of the states including Delhi and Maharashtra there is a push to encourage switching from e-rickshaws to faster electric autos. In the case of public transport busses there is as yet not much push towards e-vehicles.

Keen to push the acceptance of green vehicles - both EV and hydrogen vehicles, the government has over the last few years been formulating various production linked incentives besides rebates for consumers. The first big push for EVs came in 2013 when the central government unveiled the National Electric Mobility Mission Plan 2020. Under the mission plan, the FAME India Scheme (a scheme for faster adoption and manufacturing of hybrid & electric vehicles), was launched in FY-2015 for 2 years as Phase-1. Subsequently, the central government in 2019 raised the subsidies on hybrid and electric vehicles under the FAME II policy. Industry experts are however critical of the constant flip-flop in the government vision which initially focused on vehicle standardisation with FAME, and subsequently shifted focus on manufacturing.

In the latest move, the government has earmarked Rs. 26,000 crore production linked incentive or PLI after clubbing hydrogen vehicles manufacturing with push for EVS. In addition, Rs.18,100 crore PLI outlay for five years has been approved to incentivize domestic manufacturing of Advance Chemistry Cell (ACC) in the country. The scheme envisages establishing a competitive ACC battery manufacturing set up in the country (50 Giga Watt hour-GWh). Additionally, 5 GWh of niche ACC technologies is also covered under the scheme. The new scheme is targeted at reducing import dependency in lithium-ion battery manufacturing to bring down the costs as cells used in the battery will continue to be imported mostly from China for the foreseeable future. The industry watchers feel the latest amendment will not benefit the original equipment manufacturers (OEMs) as much as the small and medium component manufacturers.