Seeking to dispel doubts over the economy and government's growth agenda, Finance Minister Nirmala Sitharaman said the India's GDP continues to grow at a faster pace than the global economy. 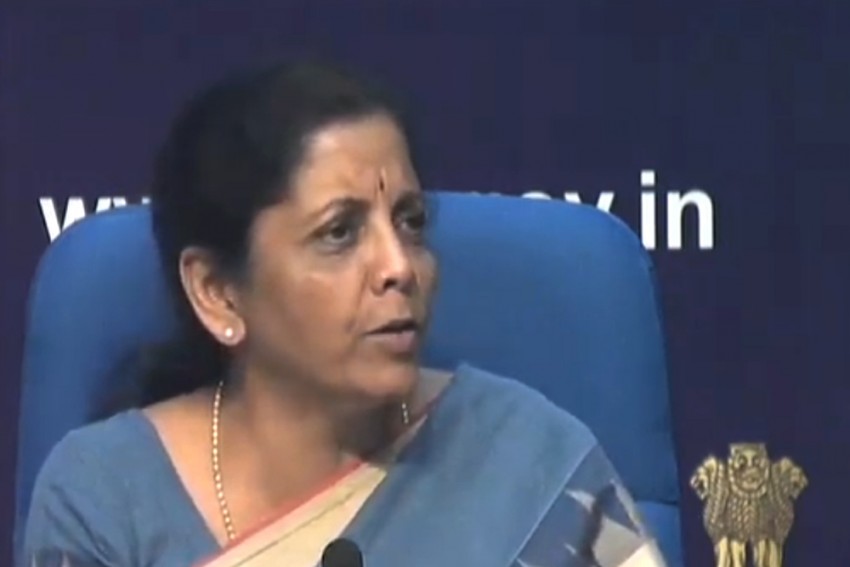 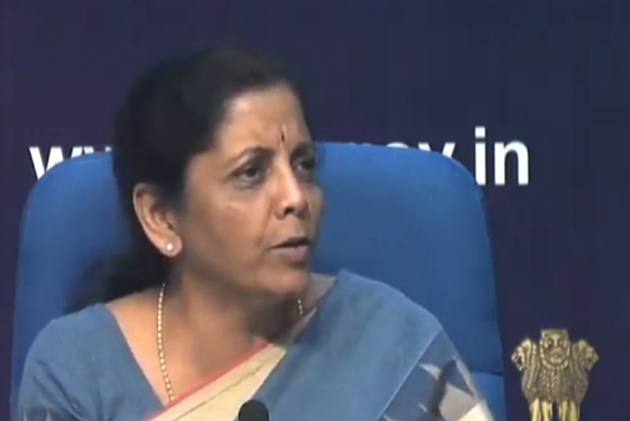 Seeking to dispel doubts over the economy and government's growth agenda, Finance Minister Nirmala Sitharaman on Friday said the India's GDP continues to grow at a faster pace than the global economy and any other major economy.

Addressing a press conference, she said reform is a continuous process for her government and it tops the agenda and announced a slew of measures to revive economy.

Below are the highlights:

6:30pm: Withdrawal of super-rich surcharge on FPIs, the domestic investor will be for the entire fiscal year, says the Revenue Secretary.

6:19pm: Our economic growth continues to be the highest, says Nirmala Sitharaman.

6:17pm: The government is working on vehicle scrappage policy, says the FM.

6:11pm: The BS IV vehicles purchased till March 31, 2020 to remain operational for the entire period of registration, says Finance Minister.

6:10pm: An inter-ministerial is being formed by the Department of Economic Affairs to finalise the pipeline of infrastructure projects, says Sitharaman.

6:06pm: In contractual disputes by Govt CPSEs to be implemented and monitored by Cabinet Secretariat, says FM.

6:05pm: Aadhar-based KYC to be permitted for the opening of Demat account and making an investment in mutual funds, says Sitharaman.

6:03pm: Will establish an organisation to provide Credit Enhancement for Infrastructure and housing projects to improve access to long term finances, says FM.

6:00pm:  Amendment to MSME Act to move towards single definition to be considered, says FM.

5:59pm: In future, all GST refunds to MSMEs will be paid within 60 days, says the Finance Minister.

5:57pm:  All pending GST refunds due to MSMEs shall be paid within 30 days from today, says Nirmala Sitharaman.

5:50pm: There will be online tracking of online loan applications that would bring transparency and reduce harassment, says FM.

5:43pm: All I-T notices will be cleared within three months of reply, says Sitharaman.

5:41pm: Withdrawl of Angel Tax provisions for start-ups and their investors, says FM.

5:38 pm:  "The angle that the government is going to harass people is being disproved. We are more in favour of a penalty rather than a prosecution. We are moving from a prosecution route to a more human approach", the Finance Minister said.

5:37 pm:  CSR violation will not be treated as a criminal offence, says Sitharaman.

5:33pm:  Respect for wealth creators was spirit of budget for FY20; consultations with different sectors to understand their needs thereafter, says FM.

5:31pm:  Indian economy is better positioned, and the government is working on reforming the economy. Filing IT returns will be simplified, says Sitharaman.

5:29pm: The growth in the economy is on top of the agenda of the current government, says Sitharaman.

4:40pm: Earlier during the day, Finance Minister Sitharaman asked fair market regulator the Competition Commission of India to guard Indian businesses and consumers against foreign companies, which have no presence in India, by taking suo motu action against them.