Bank of Baroda will become the second largest lender in public sector after its merger with Dena Bank and Vijaya Bank but managing Non-Performing Assets will be critical. 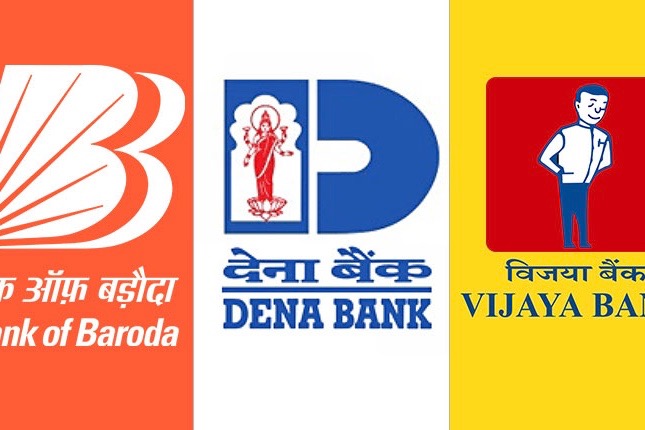 The merger was announced by the government in September 2018.

According to BoB, its numbers have taken a quantum leap following the merger from today. The merged entity will have over 9,500 branches, 13,400 ATMs, 85,000 employees to serve 12 crore customers, apart from Rs. 14,82,422 crore of combined business, deposits of Rs. 8.75 lakh crore and advances of Rs. 6.25 lakh crore. However, it is expected that some branches of each of the three banks will be shut down to avoid duplication and overlap.

This is the second big merger of public sector banks after the merger of five associated banks of SBI in April 2017. While the branches of Dena Bank and Vijaya Bank will continue to don their old signage as of now, very soon, they will all change to the BoB brand.

The government has been favouring consolidation of PSU banks for operational efficiency as well as economies of scale. This merger could pave the way for more such mergers in the banking sector.

Dena Bank was one of five banks kept under the Prompt Corrective Action (PCA) by the RBI for mounting losses and NPAs.

But while BoB gets scale and size, its profitability will take a blow because of the Non-Performing Assets of the two merging banks particularly Dena Bank. In order to boost BoB’s balance sheet and take care of its credit requirements, the government will provide Rs 5,000 crore to BoB through preferential allotment of equity shares.

According to a BoB statement, the complementary branch presence will add to the network in western and southern states – Maharashtra, Gujarat, Kerala, Tamil Nadu, Karnataka and Andhra Pradesh. The bank will have a 22 per cent market share in Gujarat and an 8-10 per cent market share in Maharashtra, Karnataka, Rajasthan and Uttar Pradesh. It said that the diverse bouquet of products from the three banks, substantial investments made in technology, will help in benefiting a wider customer base.

The newly-merged entity is expected to become globally competitive with the synergies of the three banks as well as the advantage of low-cost deposits. BoB has a lower lending rate which will now benefit the other two entities as well and boost their portfolios. It will also have a wider customer base and reach, and with the help of the advantages of the merger, be able to provide a wider set of offerings to customers.

The merger will also help many corporate customers of Dena Bank who were facing restrictions in borrowings from the bank because of the limitations imposed by the RBI under PCA. BoB has also stated that the new branches, inherited by BoB as a result of the merger, will get the advantage of artificial intelligence and other technological benefits from the main bank to enable them to sell their products.

The networks of Dena Bank and Vijaya will also help BoB penetrate deeper into the micro markets and increase its coverage of the rural and remote areas. With products designed for these markets BoB could have a better grip in these markets as compared to before.

While the merger will bring in a lot of synergies and benefits for BoB, the merged bank will have to walk a tightrope when it comes to managing loans and NPAs which will now become one of its main concerns. How it manages this and maintains its leadership position in the market will be clear in the next few months.