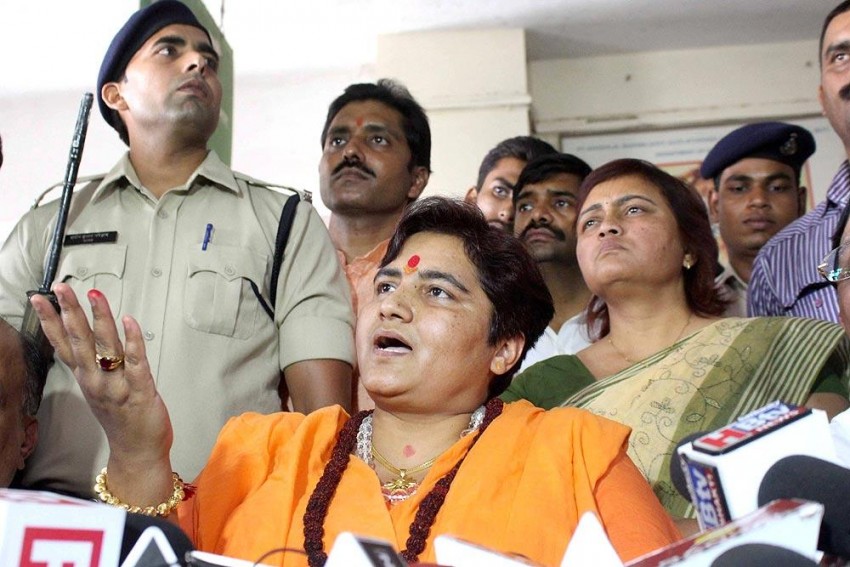 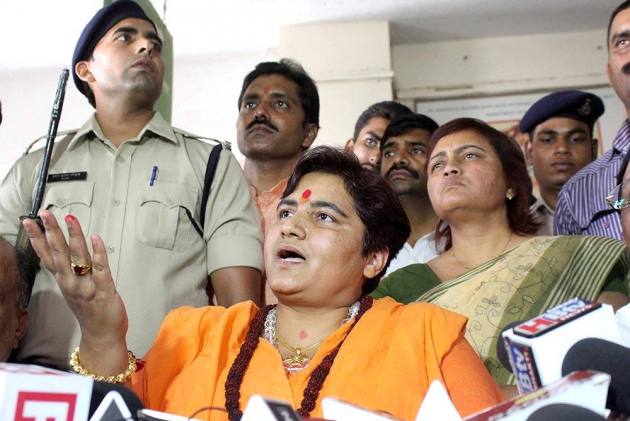 The BJP has recommended Pragya Thakur's removal from the consultative committee on defence after she   referred to Mahatma Gandhi's assassin Nathuram Godse as a 'deshbhakt' in the Lok Sabha.

BJP working president J P Nadda announced disciplinary actions against her and condemned the controversial Hindutva leader's remarks in a bid to defuse the political crisis triggered by her remarks in the Lok Sabha on Wednesday.

"The statement given by MP Pragya Thakur is condemnable. BJP never supports such statement and we do not support this ideology. We have decided that Thakur will not attend meetings of BJP parliamentary party during the session," Nadda said.

Defence Minister Rajnath Singh said in Lok Sabha that the BJP condemns any philosophy which describes Nathuram Godse as a patriot.

During Wednesday's debate in the Lok Sabha on Special Protection Group (Amendment) Bill, 2019, DMK member A Raja said that Godse nursed a grudge against Mahatma Gandhi for over three decades. Following which Thakur interjected speaking against the example.

However, her remarks were expunged by the Chair.

Afterwards, Thakur, the MP from Bhopal, told ANI, "The topic that was discussed was of security and A Raja spoke about 'deshbhakt' Udham Singh. He said that Udham Singh nursed a grudge against General Dyer of Jallianwala Bagh massacre for 20 years before killing him. When Raja went on speaking, I interrupted to say that he should not take the name of patriots - 'Deshbhakto ka naam mat lijiye'."

Her comment drew flak from Congress and other opposition parties.

"Our party has said everything that needs to be said on the issue... Her comments are shocking," Congress president Sonia Gandhi said.

Echoing similar sentiments, Congress leader Rahul Gandhi said that he does not want to "waste time on what Pragya said". "That is the heart of the RSS. What can I say?" he added.

Earlier, during the Lok Sabha election campaign, Thakur, an accused in the 2008 Malegaon bomb blast case, had described Godse as a "patriot", triggering a huge political storm and all-around condemnation with Prime Minister Narendra Modi saying he would never be able to forgive her fully.

The Hindutva activist had then withdrawn the statement and issued an apology. Even PM Narendra Modi had condemned her comments.