Much has changed with the way enthusiasts look at motorcycles. Rather than the usual “kitna deti hai” attitude, bikers from all walks of life are looking at options that are more thrilling to ride than the average commuter. We’ve already given you an elaborate list of upcoming motorcycles to look forward to in 2019, you can read all about it here. That said, here’s what the mid-displacement segment has in store for you in 2019. 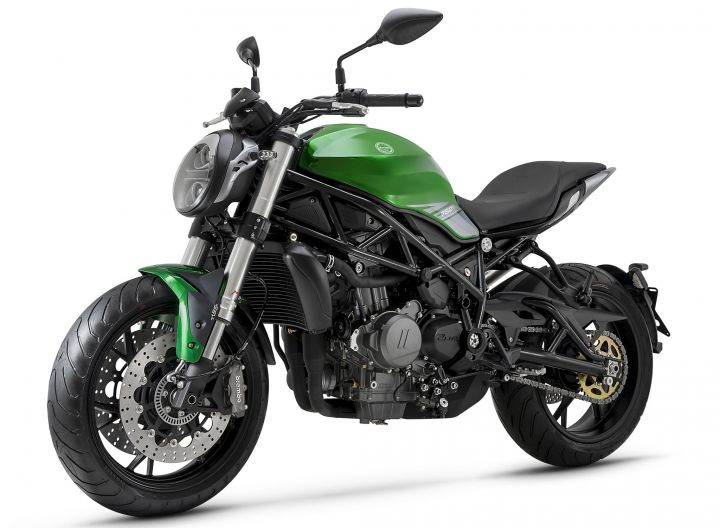 Its safe to say that the designers at Benelli were inspired by the Ducati Monster while designing the Benelli 702 S. It gets a muscular tank, a twin projector headlamp unit, a slightly stepped up single-piece seat and an exposed trellis frame. But, in its own weird way, the bike still retains the essence of a Benelli. It houses a 750cc, liquid-cooled, parallel-twin engine that makes 78PS and 67Nm along with what we hope is that sweet howl Benellis are known for. On the feature front, the bike gets a fully-digital instrument console, LED tail lights and turn signals, a twin projector headlamp setup, a tyre hugger that also doubles as a number plate holder and dual-channel ABS as standard. Expect Benelli to price the 752 S around the Rs 6 lakh mark when launched in India in the latter half of next year. 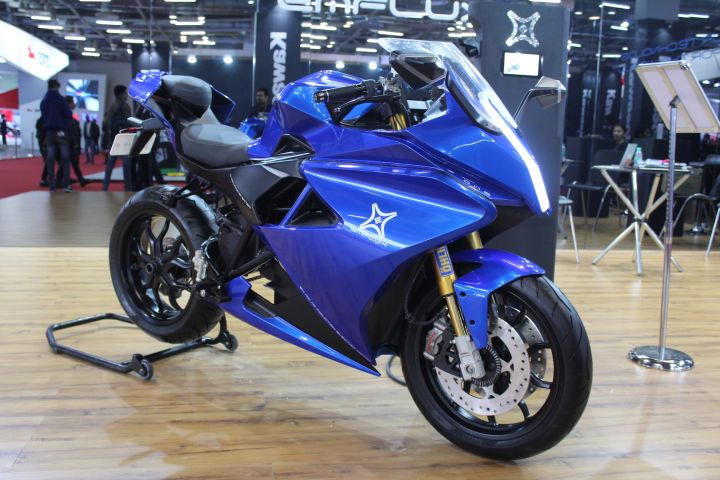 Homegrown electric two-wheeler company Emflux showcased its first fully faired electric superbike called the the Model One at the 2018 Auto Expo. This ultra-modern sportsbike uses a liquid-cooled AC induction motor which produces 68PS of power and 84Nm of torque. The motor, along with a lithium-ion battery developed by Samsung, enables the bike to dart from 0-100kmph in under 3 seconds. That’s superbike territory! It has a top whack of 200kmph and it’ll also do 200km on a single charge.

Aside from these number and power figures, the bike features a massive 8-inch TFT screen, a GPS navigation system, Bluetooth, WiFi, real-time vehicle diagnostics, and a mobile app for remote customisation and bike-to-bike connectivity. You also have the option to upgrade its suspension setup for a more premium Ohlins Race and Track system, of course, for some extra dough. 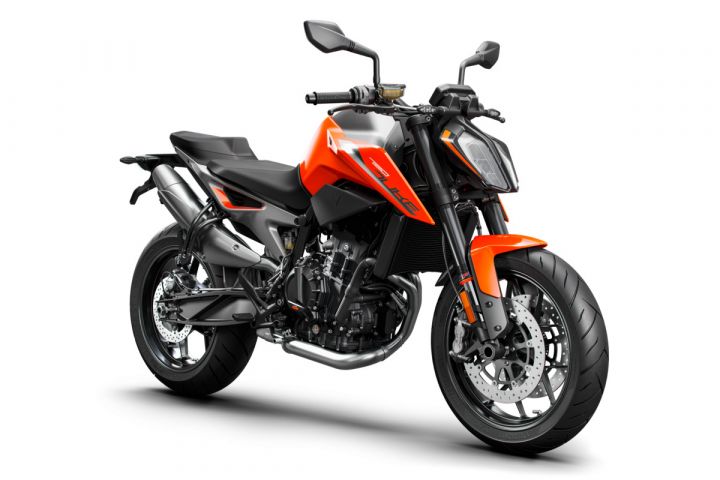 KTM is all set to dip its toes in the Indian mid-displacement two-wheeler segment with the much-awaited KTM 790 Duke. The bike, which was first unveiled at the 2017 EICMA, has been designed keeping localisation in mind. And KTM’s plans to launch it here via CKD route. Parts like the suspension, brakes, TFT screen, wheels and the entire bodywork can be localised in the country to reduce costs. Taking this into account, we could expect the 790 Duke to be priced around Rs 7 lakh (ex-showroom).

In terms of features, the bike gets a TFT instrument cluster, three riding modes, a bi-directional quick-shifter, cornering ABS, launch control, traction control and motor slip regulation (MSR) which complements the slipper clutch. Powering the bike is 799cc, parallel-twin, liquid-cooled engine that generates 105PS at 9500rpm and 86Nm at 8000rpm. 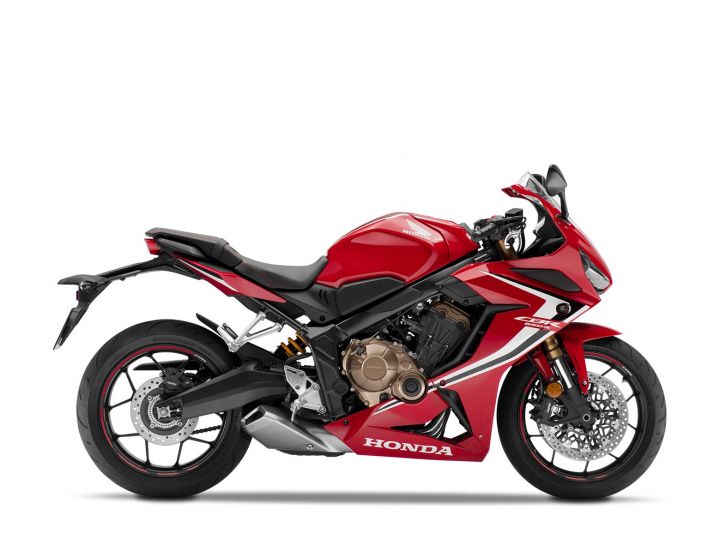 The Honda CBR650R gets an all-new front end and revised ergonomics for 2019. Its aggressive-looking front end is heavily inspired by the brutal CBR1000RR. Not only this, but it's handlebars are now set forward and lower while the footpegs are slightly more rear set than before. Moreover, the engine has been tweaked to produce 5 per cent more torque and 8.4PS of additional power, pushing the overall power output to 95PS. Electronic rider aids include Honda selectable torque control and dual-channel ABS. The 2019 CBR650R is expected to replace the CBR650F currently sold in the country by mid-2019. 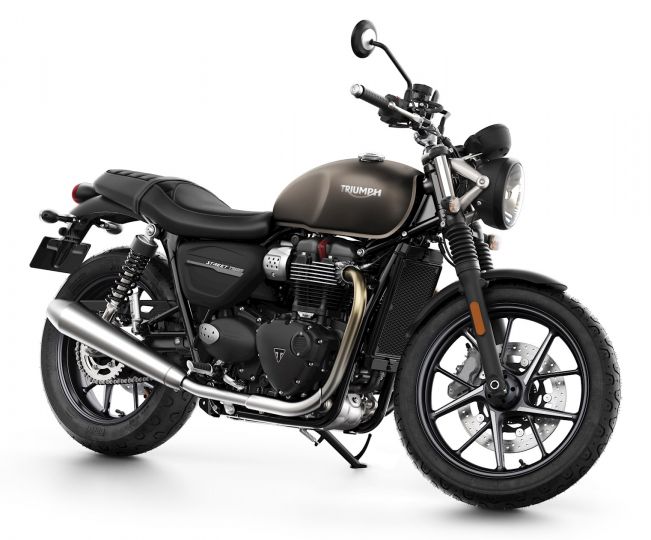 Though the overall silhouette of the Street Twin remains unchanged, Triumph has reworked the 900 High Torque engine for the upcoming year. The revised engine now produces 18 per cent more power at 500 extra revs over the outgoing model. While 2019 model generates the same torque output of 80Nm, it’s now delivered at 3800rpm instead of 3200rpm. Aside from improved ride thanks to the additional 120mm of suspension travel at both ends, the 2019 Street Twin also gets updated Brembo brakes at the front. Additionally, the bike features two rider modes on the top-spec model while ABS, a torque assist clutch and traction control come in as standard across all variants. Other notable features include, a new instrument console, cast wheels, USB charging socket, LED tail lights, immobiliser and a plush new seat. 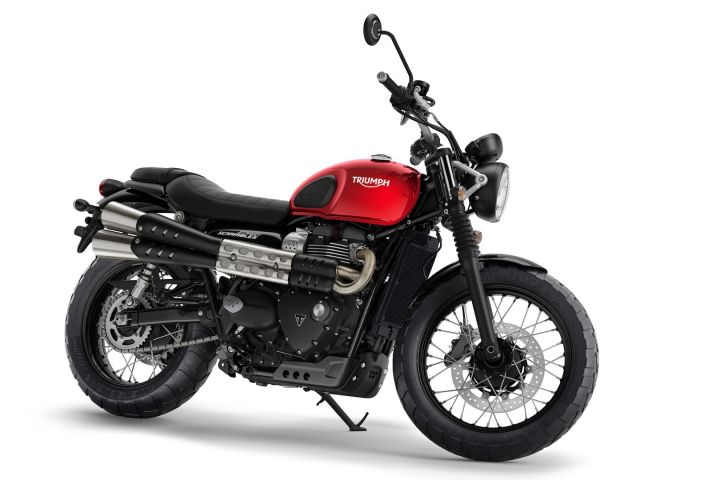 The Triumph Street Scrambler is essentially the Street Twin with a few noticeable changes, including a side mounted scrambler exhaust, 19-inch front and 17-inch rear spoked wheels. Over and above the electronic rider aids and features, the Street Scrambler also gets ride-by-wire for precise throttle inputs. Considering the updates for the upcoming year we can expect a slight price hike for both motorcycles. Currently, the Street Twin is priced at Rs 7.7 lakh while Scrambler gets an ex-showroom price of Rs 8.6 lakh.