In a life that began from Western UP and bloomed in Bombay, vocalist Aslam Hussain Khan (1940-2018) was a bona fide voice of half-a-dozen schools of north Indian classical. 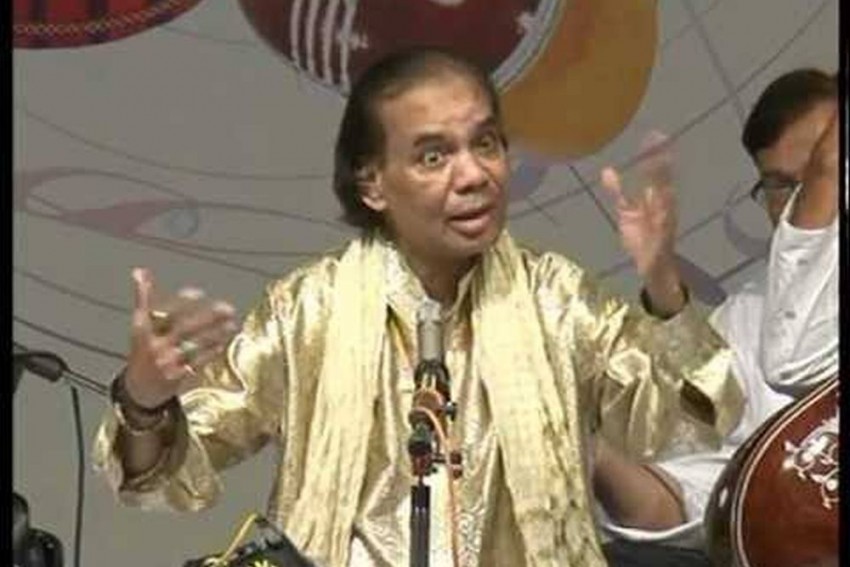 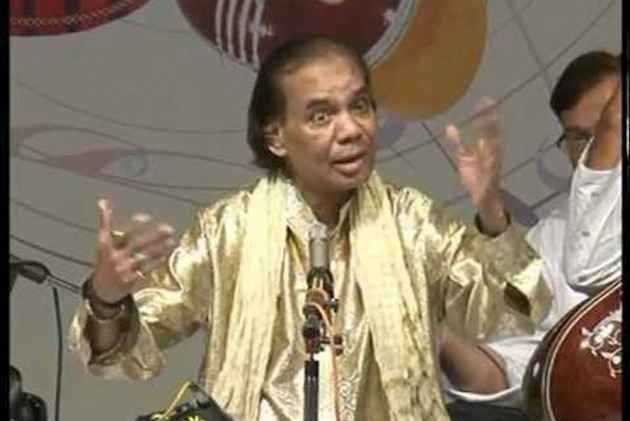 Barely 100 km east of Delhi, potters in Khurja were busy moulding ceramic wares half a millennium ago, courtesy renewed patronage they got from the Mughal emperors. Roughly around the time, a music school developed in that belt of the north Indian plains—a fertile ground for synthesised Hindu-Muslim culture. Yet, Khurja will not be a very familiar gharana to the average Hindustani classical buff of present times.

To his credit, Aslam Hussain Khan cannot be slotted in just one school of the art he excelled over the past six decades. The ustad’s vocals betrayed the beauty of a range of gharanas that dotted one stretch between the present western Uttar Pradesh and eastern Rajasthan: Jaipur-Atrauli, Delhi, Agra, Sikandra and Hapur besides Khurja. In a grand blend of these, Aslam shaped up an individual style, which Hindustani music has sadly lost forever. This week, the ustad, three weeks short of turning 78, breathed his last. The end came late in the night of March 21, a couple of days after he was declared brain-dead.

Aslam’s repertoire consisted of six gharanas, which he rendered “with a sense of command and authority,” notes sitarist Nayan Ghosh, based in Mumbai—the city which the ustad, too, had made his home since 1950. All the same, prestigious awards eluded the equally knowledgeable soul, notes Pt Ghosh in social media, acknowledging the death of the veteran, whose personal life was dotted with its share of tragedies. “He lost his wife and both sons in a span of five years. He himself was paralysed waist downward, and lived in severe penury, despite once having led a successful career and comfortable life, but giving away all to whoever was needy.”

Pt Ghosh, who is also an acclaimed tabla player, describes “Aslambhai” as one of the largest storehouses of rare ragas and bandishes (compositions) besides being an encyclopaedia of anecdotes and historical information of music(al) legends. Writer-curator Devina Dutt, substantiating this point, recalls her meeting the musician a decade ago ahead of her writing a piece on the Agra gharana. At the ustad’s residence downtown, Aslam Khan asked her why he wasn’t interested in the Khurja, Sikandra and Hapur gharanas which also the ustad counted as part of his inheritance. “We began to visit his home and spend time listening to him. Each time, we came away with glimpses of an artistry that was vanishing from the slick and increasingly hollow concert stage experiences in Mumbai, managed by big-ticket impresarios and their corporate sponsors who could not find it in themselves to offer a space to musicians like Khan saab,” she emphasises in a Facebook post.

Aslam Khan prided in being a descendant of the Hapur gharana (off Meerut) that shone with gems like Shaadi Khan and Murad Khan who were court musicians of last Mughal emperor Bahadur Shah Zafar (1775-1862). “Music runs in my blood,” had been an oft-quoted statement from the ustad, who had moved to Bombay in 1950 as a 10-year-old, after initiation into the classical idiom by his maternal uncle Altaf Hussain Khan of Khurja gharana. In the western Indian metropolis, Aslam Khan lived with his brother-in-law, Azmat Hussain Khan of the Atrauli (Jaipur) gharana, who also went on to become his “mentor and benefactor”. These weren’t decorative words, for the guru also taught the budding talent two pertinent languages: Urdu and Arabic.

All of 12 years, Aslam Khan debuted with a promising stage concert in public. In an equally vital chapter in his life, he was to later receive training under Agra gharana’s Vilayat Hussain Khan and Khadim Hussain Khan. Eclecticism marked the craft of the youngster, who soon showed signs of a noteworthy musician. If Aslam Khan’s slow-paced vilambit lay were contemplatively leisurely, the speedier third chapter (dhrut) was sprightly and studded with an array of fast taans. Not surprisingly, his thumri, dadra, tarana, ghazal and bhajan renditions bore a special charm.

While lesser-known titles came looking for him, the ustad was busy in the parallel mission of grooming new generations of musicians: Manhar Udas and brothers, Vajahat Hussain, Kamlakar Naik, Umesh Chowdhary, Meena Kothari, Kamla Jhangiani, Mansi Kanekar, Usha Amonkar, Vasanthi Raju, Angana Jhaveri, Brahmanand Singh, Sushant Bhendeand Shashikant Jha, to name some. Aslam Khan also had a tryst with movies as a singer; particularly noticed was his semi-classical number in Kahan Se Aaye Badarwa (2007). Virtually at the other extreme, he was particularly a scholar of Amir Khusro (1253-1325), rendering with authenticity the Sufi poet-musician’s rare Persian compositions.

The Hapur and Khurja gharanas, for all their glory, failed to bloom into the 20th century because Bombay had by then become the hub of Hindustani classical, according to critic Sumana Ramanan. “Any concert by Aslam Khan, therefore, offers music lovers in the city an opportunity to listen to rare gems from several traditions,” she notes in an August 2015 article.

Pt Ghosh notes that the ustad never gave up his daily music practice (riyaz). That, again, stands in contrast with the ethos of quite a few new-age artistes of Hindustani music. Back in western UP, Khurja is today a ceramic city that has its skies clouded with smoke from the chimneys of over 500 factories producing earthen wares of varied tastes.

All You Need To Know About NeuroEndocrine Tumour