The bronze came as a consolation prize for India after they lost to Malaysia in the semi-finals on Thursday. 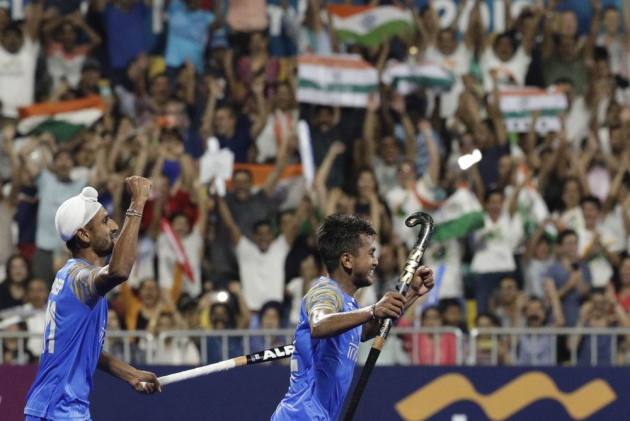 Defending champions India beat arch-rivals Pakistan 2-1 in a keenly-contested match to bag a consolation bronze medal in the men's hockey competition at the 18th Asian Games on Saturday.

The Indians, who were the pre-tournament favourites being the highest ranked side in the competition, scored through a field goal from Akashdeep Singh (3rd minute) and a penalty corner conversion by Harmanpreet Singh (50th).

The bronze came as a consolation prize for India after they lost to Malaysia in the semi-finals on Thursday.

The end result would be hard for both the Indians and Pakistan to digest as both the countries were eyeing to earn a direct ticket to 2020 Tokyo Olympics.