For nearly two years, the farmers, women and other sections of people in Amaravati have been continuing their protest. They say Jagan Mohan Reddy-led government's move to dump Amaravati as the only capital and develop Visakhapatnam and Kurnool as administrative and judicial capitals dashed their hopes of a bright future after giving away 33,000 acres of land. 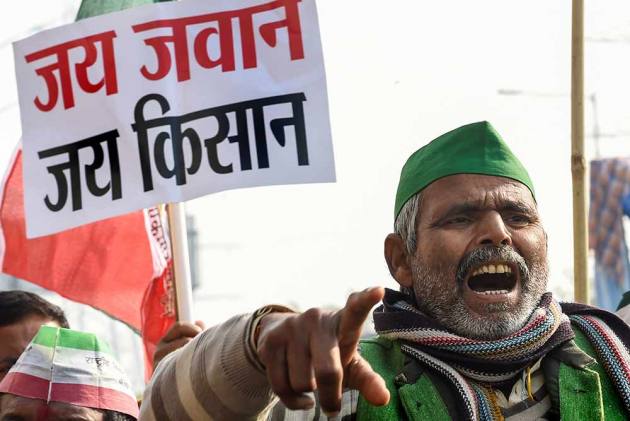 The farmers and women of Amaravati are determined to continue their protest,  unfazed by state government's plans to bring new and comprehensive legislation for developing three state capitals. They are demanding Amaravati as the only state capital.

Though the developments of Monday morning had raised hopes among a section of people in Amaravati, the announcement later made by Chief Minister Y.S. Jagan Mohan Reddy has not surprised those who are at the forefront in the movement for protection of Amaravati as the state capital.

For a few hours many believed that like Prime Minister Narendra Modi who withdrew three controversial farm legislations, Jagan Mohan Reddy will also take back the laws passed to create three state capitals. However, their celebration proved short-lived as the government made it clear that it remained committed to three capitals.

However, the move was not to reverse the decision of three capitals but to overcome the loopholes in the Bill. The statements made by the chief minister and then by finance minister Bugga Rajendranath left no one in doubt that the government is sticking to its stand on three capitals.

The hurry with which the Bill was passed to repeal the two Acts clearly indicates that the government feared that the two legislations may be struck down by the High Court, which was hearing more than 50 petitions challenging them. The petitioners had challenged the laws on ground being technically flawed as they were not passed by the Legislative Council, the Upper House of the state legislature.

Farmers of 29 villages of the Amaravati region, who had given 33,000 acres of land for development of the state capital, have been protesting for more than 700 days and they are determined to carry on the protest till the government decides to have Amaravati as the only capital.

The 'Maha padyatra' by farmers from Amaravati to Tirupati entered the 24th day on Wednesday. The foot march resumed from the Sunnpubatti village in Nellore district. Local people, farmers and political leaders are joining the farmers enroute as a show of solidarity. The protestors say while the government's latest stand disappointed them, they have not given up.

"If the government tables the Bills again, we may plan a state-wide padyatra to mobilise support for our just cause," said G. Tirupati Rao, general secretary, Amaravati Parirakshana Samithi, which along with Amaravati Joint Action Committee is spearheading the movement.

The leaders also claim that the growing support for 'Maha padyatra' has worried the government and it was creating problems as evident from the restrictions being imposed by police at various places.

The foot march, which began at Amaravati on November 1 and marked the beginning of a new phase of their movement, passed through Guntur and Prakasam district and entered Nellore district this week. It is scheduled to conclude at Tirupati on December 15. During the 45 days, the padyatra will pass through 70 towns and villages. The participants, who are covering 10 to 15 km every day, are receiving support from all political parties barring the YSRCP. Two days ago, the BJP's state leaders also joined them.

For nearly two years, the farmers, women and other sections of people in Amaravati have been continuing their protest. They say Jagan Mohan Reddy-led government's move to dump Amaravati as the only capital and develop Visakhapatnam and Kurnool as administrative and judicial capitals dashed their hopes of a bright future after giving away 33,000 acres of land. The move caused distress to 4,000 farmer families.

The three-capital proposal came as a bolt from the blue for the farmers relying on the mega plans of then Chandrababu Naidu government to build Amaravati on the banks of Krishna river as the dream capital and a world-class city, whose design was prepared by the Singapore government.

Farmers, who voluntarily gave lands ranging from half-an-acre to 50 acres, are left in the lurch. For every acre of cultivable land, they were promised 1,000 square yards of residential plot and 250 square yards of commercial plot with all the infrastructure. Almost all the farmers received the allotment papers but their dreams of owning developed plots remained on paper with the change of guard. They were also promised Rs 50,000 annuity per acre with an annual hike of 10 per cent.