She also slammed the police for showing laxity taking quick action after she filed a complaint. 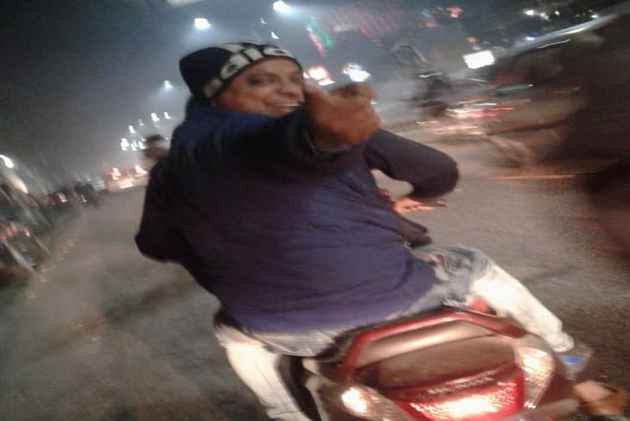 A woman journalist in Agra was allegedly stalked and harassed by two drunk men on the night of January 25. The matter, however, came to light after she took to Facebook on January 28 to narrate the incident.
She also slammed the police for showing laxity taking quick action after she filed a complaint.
The police, however, on Monday arrested the accused in the case.
"We got the information of the incident by a tweet. Based on that, we contacted the lady and filed an FIR. The accused were arrested and booked for stalking and harassing. Their vehicle has been seized," Shlok Kumar, Assistant Superintendent of Police (ASP), Agra, told ANI.
The woman on her Facebook post wrote that on the night of January 25 when she was going from Bhagwan Talkies to MG Road in Agra, two drunk men on a motorcycle started following her and making lewd gestures.
“They first made gestures at me and started stalking me. I was on foot. Initially, I ignored them, but then they attempted to talk to me. Fearful, I changed my route, but they still followed me. I decided to take a picture of the number plate, but the man sitting on the pillion said it was a fake number and even struck a pose. There was no fear or shame on the youths' face, She also tagged SSP Agra, women helpline, director general of UP police and chief minister Yogi Adityanath, and further wrote: "What happened to me that night was not such a big incident. But such men who chase and stalk a lone woman without any fear of police made me ashamed. They chased me. The next time they might rape a girl and destroy her life."
Talking to The Times Of India, she said, "I was not helped for four days even after I made a distress call to UP women helpline 1090 explaining to the communication officer about the incident. Finally, when I wrote about the incident on Facebook, the 1090 officers contacted me and apologised for laxity in carrying out their duty."
"I am ashamed of our women helpline, of our police, of our government which evokes no shame in the faces of these men," she added.
Uttar Pradesh is among the top three states in the country when it comes to crime against women, according to the last National Crime Records Bureau (NCRB) data.
A report in India Spend said the state, as per the NCRB data, reported a 33% rise in sexual harassment cases from 2014 to 2015. The data also shows that 74% of these cases went unpunished.
With 7,885 cases, which is an 8.3% fall over two years to 2015, UP recorded the third highest number of cases after Maharashtra (11,713) and Madhya Pradesh (8,049) under “assault on woman with intent to outrage her modesty”.