For 2019, Does the new Hypermotard returns to its original roots? 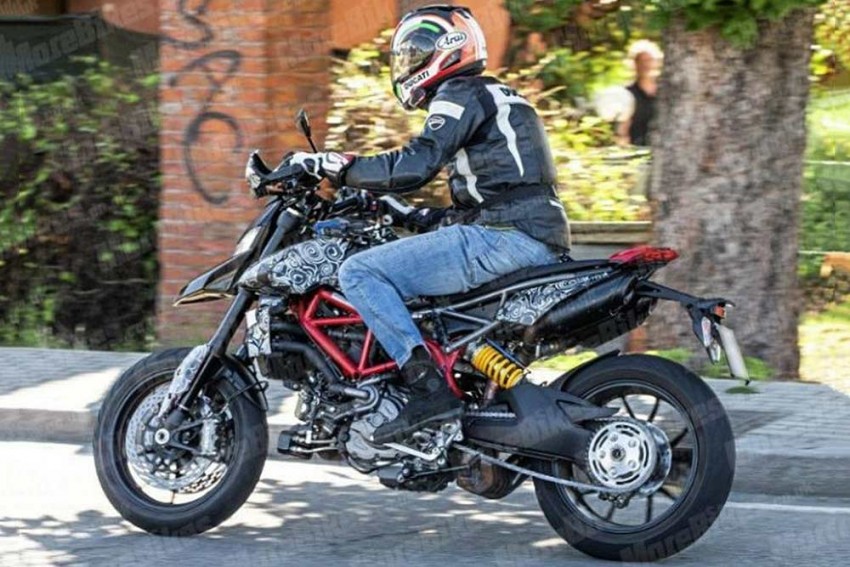 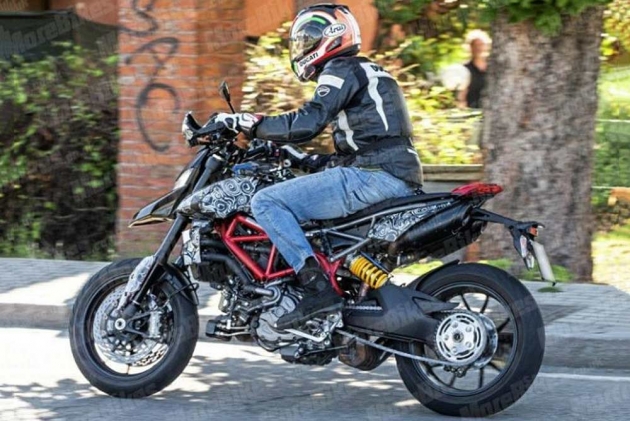 Ducati is gearing up to launch its 2019 lineup just before EICMA. The run-up to this includes testing some prototypes and production-ready bikes in and around their factory in Bologna, Italy. Lucky for us, the internet exists. An eagle-eyed enthusiast spots one of these, photographs them and it invariably gets shared on social media. So here are the images of the upcoming Ducati Hypermotard that are clear enough to give us an indication of what to expect. But first, a quick recap of what the Ducati Hypermotard is all about.

The Hypermotard was Ducati’s answer to the crazy Supermotard segment that has seen the likes of the mental KTM 990 SMC R and more recently, the Husqvarna 701 Supermoto. While Ducati started with the slightly unhinged wheelie-monster - the Hypermotard 1100 -, it has settled for a more tameable liquid-cooled 937cc L-twin motor that makes 110PS and 95Nm of torque. Lairiness is traded for polish and that allows you to relax a bit and revel in the sharp chassis. The Hypermotard has a lot to offer in terms of fun and rider involvement.

The spied bike looks quite similar to Ducati’s original Hypermotard 1100. It gets a trellis rear subframe identical to the 1100 that makes the bike look larger. The taillamp, like the previous Hypermotard 1100, sits above the seat which again is a flatter unit, like the Hypermotard 1100. To accommodate a larger radiator, the tank shrouds are smaller. The exhaust system gets a larger catalytic converter that fills up space under the engine and has the exhaust rerouted under the seats. It’s a design change we can all get behind. The front looks the same as the 2018 Hypermotard with headlights carrying the same LED DRL setup. The motor architecture too is the same as the previous 937cc L-twin unit.

The biggest question here is why go back to an older design that adds bulk when Motards are known to be compact, lightweight bikes? To find out let's take a look at the changes first.

There are two major changes here. First, the radiator is a larger unit. We think it is possible that Ducati have worked on engine internals to increase power output, maybe bumped up compression. These changes could generate a lot of heat, necessitating more coolant and a larger radiator for better heat management. Next up is the exhaust system. The new Euro-V emission norms might have forced Ducati to use a larger catalytic converter that takes up space under the engine, which leads to rerouting the exhaust under the tail section. Well, Ducati could have used a single exhaust but let’s face it - two pipes look way cooler. 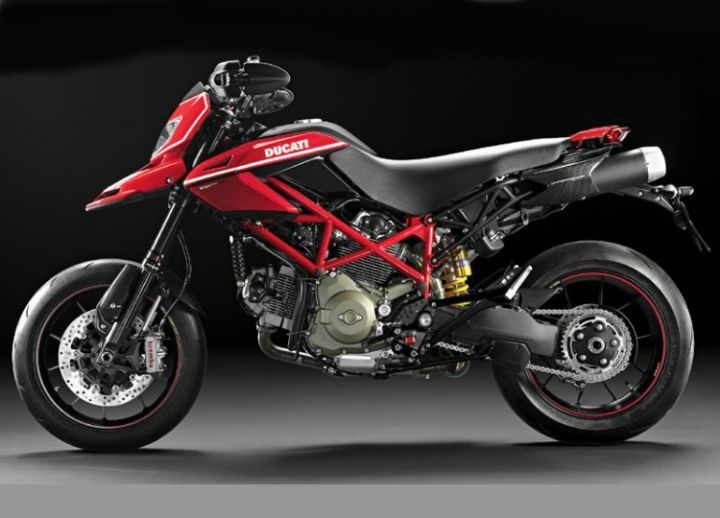 That brings us to the biggest question. Maybe the bike we are looking at is still in the early stages of development. Here it looks like Ducati have retrofitted the upcoming Hypermotard 1100’s rear subframe and bodywork onto the present Hypermotard 937’s frame and running gear.

Why do that? Well, the earlier subframe was designed to carry the weight of a twin-underseat exhaust system, something the present frame is not designed to do. So, it would be viable for Ducati to use a tried and tested subframe to test out the new exhaust. 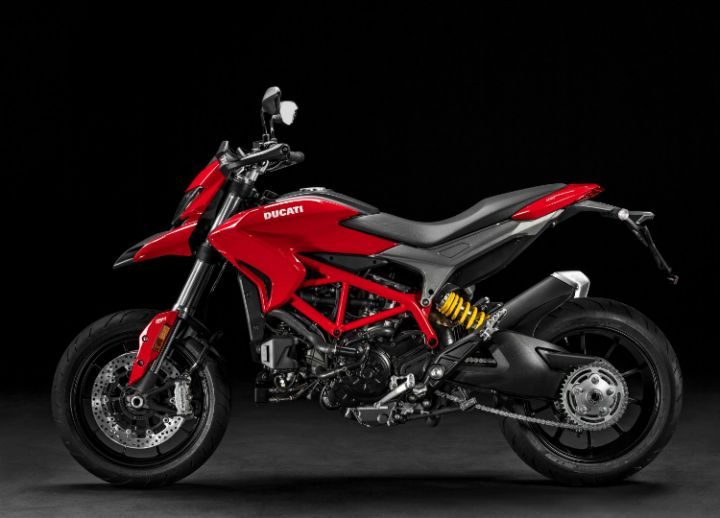 One could speculate that the entire frame is from the 1100, but we beg to differ. The rear suspension on this test mule is side mounted, like the present 937, while the Hypermotard 1100 has a centrally mounted upright rear monoshock. It would also explain the reason why the subframe sits more horizontal as opposed to the original Hypermotard’s sharply raked tailpiece.

Now, the bodywork, especially the tank extensions are similar in profile to the original 1100. It would make sense for Ducati to use them as the 1100 had an air-cooled motor and did not require radiator extensions, thus, freeing up space on the test mule for a larger radiator. 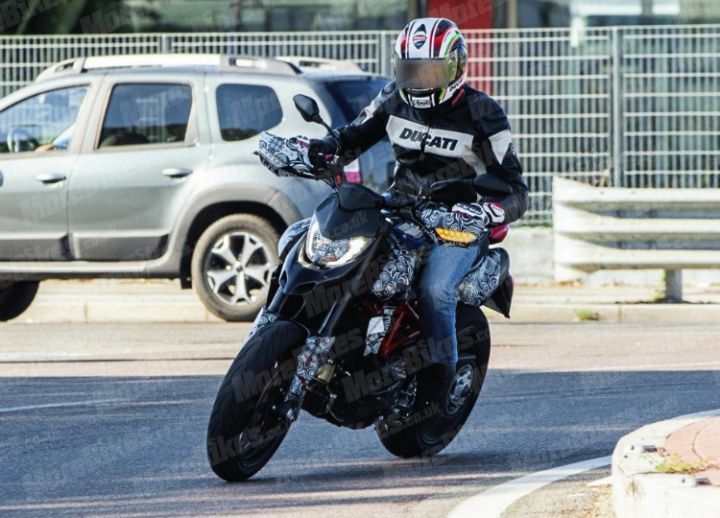 This leads us to the conclusion that the next Hypermotard might carry the same 937cc motor in a more powerful state of tune. While the subframe might just make it to production, it will feature new body panels, especially the tail section and radiator shrouds. The test mule pictured above might not be one close to the production model but one in the early stages of development. To know more, we might have to wait until EICMA or until a keen eyed moto vigilante snaps a pic of the elusive Ducati unicorn. Time will tell.